davidtarkington.com
Home Archives Subscribe
"The Butterfly Circus" - 20 Minutes of Inspiration
Does It Matter Which Bible Translation You Use?

Inauguration Day 2011 - The Role of Prayer in Desperate Days

I was invited to join a group of pastors and other conservative leaders in Tallahassee for a small get-together with Governor Rick Scott and Lt. Governor Jennifer Carroll and their families. Following the small breakfast in a crowded room at Florida A&M we then went downstairs for the Inauguration Prayer Breakfast.  This event had approximately 1,500 in attendance and featured my friend Bill Bunkley, the Legislative and Government Consultant for the Florida Baptist Convention and the host of Drive Time with Bill Bunkley that airs in the Tampa area, offering invocation as well as Bishop Vaugh McLaughlin of The Potter's House Ministries here in Jacksonville and other Christian leaders, a rabbi from south Florida and Imam Enrique Rasheed from Jacksonville. (I found it interesting on some news posts that the only featured guest listed as praying was the imam.  Some had no mention of any of the Christians on the agenda even though all were bold in their prayers and statements and overtly prayed "in Jesus' name.") 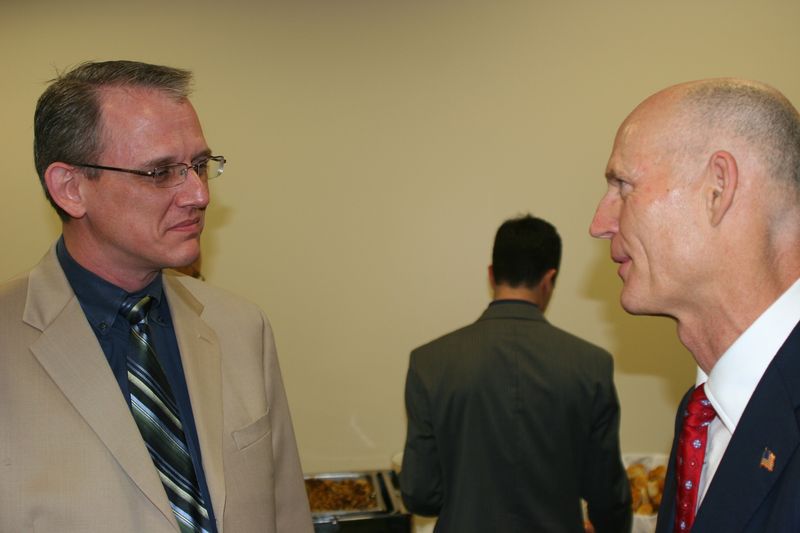 The prayer breakfast was emceed by Pastor Kirt Anderson of Naples Community Church who is the pastor for Governor Scott and family.  The FAMU Honor Guard presented colors and then an eight year old young lady named Gina Marie Incandela sang the national anthem.  Since she was on the floor, most people could not see her (of course, I was a head above most everyone so I could see her a little.) I mention this little girl because once she started singing, I thought we were on America's Got Talent.  Gina Marie has an incredible voice and hit notes I didn't know were humanly possible, reminiscent of Jackie Evancho of the aforementioned talent show. 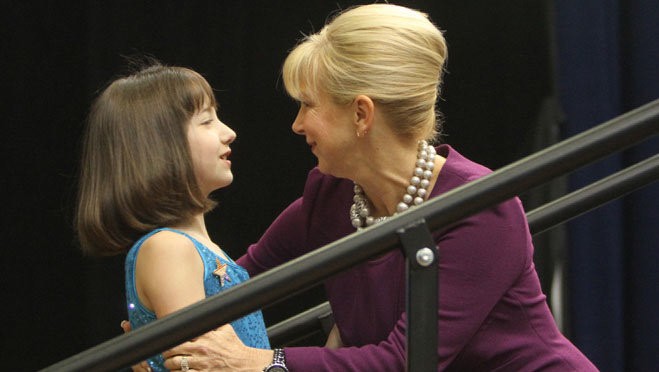 The keynote speaker for the breakfast was author and founder of Prison Fellowship, Chuck Colson. Colson founded Prison Fellowship years ago and has written over twenty books on church and culture.  He is featured regularly in the Florida Baptist Witness and other papers and is an active member at First Baptist Church of Naples.  Yet, he is probably more well known in our nation for a title he earned decades ago - "Nixon's Hatchet Man."  As Colson alluded, his story is now taught in US History classes in our nation as part of the story of "Watergate."  In 1974 he pleaded guilty to obstruction of justice in the Daniel Ellsberg Case and consequently was sent to prison.  It was there where he came to know Jesus Christ as Savior and was transformed and born again as a Christian. 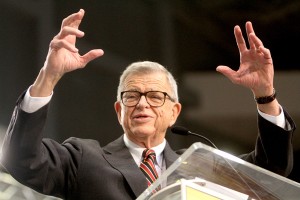 From Colson's talk, a few things struck me as key.

I met Governor Scott and his wife for the first time today.  They are good folks and present themselves with a calm spirit and a humbleness that is honorable.  I also had the opportunity to meet Lt. Governor Carroll and her husband Nolan.  Most in our community know of the Carrolls.  They live in Fleming Island and I have had the privilege of knowing their youngest son Necho for the past six years.  He is a senior at Fleming Island High School and plays on the basketball team.  I first met him when I volunteered with the girl's junior high team at Green Cove Springs.  Back then, Necho was volunteering as the team manager.  Even as a young man, I recognized good character in Necho.  Now, he's not perfect - no one is, and he is still a teenage boy, but in my opinion, he's a good guy and presents himself with integrity and humility (and when I saw him today, he looked surprised and said "It's good to see you here Mr. Tarkington."  Nice.  Respects his elders.)  What's my point?  Based on what Colson said, virtue is learned in the family, society and church.  Necho and his siblings are testimony to the character of his parents.

When Lt. Governor had the opportunity to greet the crowd at the breakfast, she made her beliefs very clear.  Here's what she said, "Rick and I, to the core, believe that God is our rock and our foundation. And what’s most important is that we are not ashamed to publicly admit it."

Following the breakfast, we made our way to the Old Capitol Building for the inaugural ceremonies.  You may have seen it on television.  We had great seats and the opportunity to experience everything up close and personal.  It had the feel of a good old fashioned political rally, as I guess it should have, complete with a military band (playing songs such as "The Army Goes Rolling Along", "Marines' Hymn", "The Battle Hymn of the Republic" and "Dixie") introductions of former governors in attendance (It was very obvious that Jeb Bush is still very popular.  The round of applause he received was almost as loud as Governor Scott's), introductions of other political office winners from the past in attendance, and Lee Greenwood singing "God Bless the USA."

Governor Scott took his oath.  The crowd cheered loudly.  He then gave his acceptance speech.  As a businessman, it was apparent that his primary goal is to help create jobs for Floridians. Obviously, this was a hot button that led many to vote for him.  About halfway through his speech a heckler could be heard shouting from the back.  I don't know what he said, but it brought me back to Chuck Colson's statements about the political climate we have today. 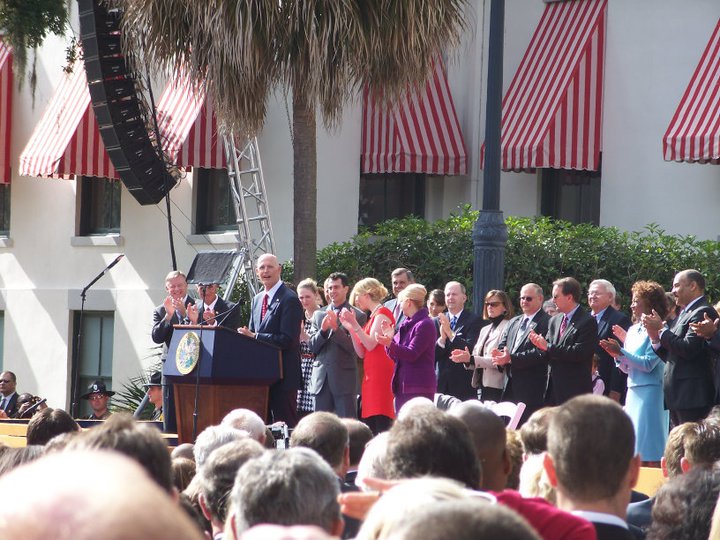 It was a day of celebration and pomp and circumstance.  Flags were waving.  Bands were playing. Statements were made that were greeted with cheers.  Hugs, smiles, pats on the back, congratulations were offered. . .all in all a positive day for most.

Governor Scott completed his speech with the statement "Let's get to work!"

Now, the hard part.  Just like any inaugural day, the expectations are high.  Yet, when it comes to the state of problems in our government and state, we need to remember that it is just a reflection of the problems within our own lives and hearts.  We live in desperate times.  Perhaps moreso now than ever before.  I close with Chuck Colson's response to why these are desperate days.

Pray for our Governor and other governmental leaders on the state level, local level and of course on the national level. Pray for the hearts of people in our nation that there will be a surge of righteousness and a revival of heart (and I mean a real revival.) God is still in control.  God bless America and Florida and may Florida and America bless God.