davidtarkington.com
Home Archives Subscribe
To Rob Bell and Others. . .Sorry, Not Everyone Gets a Trophy
Why People Don't Like Church

Lessons from a Funeral 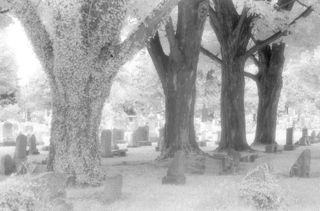 Today I attended a funeral for the father of a good friend. Curtis Wilson Sewell, Sr. passed away yesterday. I was asked to read a passage of Scripture, which I gladly did. Pastor Kevin Collison of our sister church, Island View Baptist,  led the service and brought the message. Mr. Sewell was a long-time member of Island View. Pastor Kevin did a wonderful job at bringing the truth of Christ with compassion and caring. It's evident that he loves his flock and I was honored to be able to share the pulpit with him this day.

As words were shared about Mr. Sewell's life and faith by family and friends, both on the stage and in the foyer, I was reminded of the verse in the Old Testament that speaks of days like this.

It is better to go the house of mourning than to go to the house of feasting, for this is the end of all mankind, and the living will take it to heart. - Ecclesiastes 7:2 ESV

Simply put, it's a good idea to go to a funeral every now and then to be reminded about what really matters in life.

For fear of being overly pastoral with alliterations, here are three things that came into focus once again today.

Mr. Sewell was 88 years old. Therefore, there were many senior adults in attendance today. These were people who had known Mr. Sewell for many years and wanted to pay their respects and show their concnern to his widow, Sally, and other family members.

These friends consistently spoke of Mr. Sewell's giving-heart and servant attitude. They were amazed at his tenacity and work ethic. You see, Mr. Sewell had served our country as an Army infantryman in World War II and as a result lost both legs. After a year in the hospital, he went to work. One friend said that he'd even mow his own lawn (without a riding mower.) Wow.

Sometimes we wonder if we're making a difference in life. As you pour your life into others and live out the Great Commandment (Love the Lord your God. . . and your neighbors. . .) it always comes back. It's worth it.

Like many seniors in their late 80s and 90s, the crowds of peers at funeral services are not too large. This was the case for my 90+ year old grandmother. At first, it bothered me. Then, I realized she had attended most of her friends funerals. She had outlived them.

It was great to see people in attendance today who were much younger than Mr. Sewell. These were younger people impacted by him, but also friends of his children and grandchildren. What a testimony of the power of community and friendship.

Nonetheless, friends matter. To have friends, you must be one.

Sometimes the ones we love the most are the ones that get the left-overs in life. It's a sobering reminder at funerals. I've been to funerals where bitterness over missed opportunties prevail. I have seen adult children overrun with guilt, break down in hospital rooms or during services when the realization that they will never get the chance to reconcile with their parents.

Today's service was not like that. Curtis's son Curtis Sewell, Jr. shared personal testimony about his father. I could see in Curtis, Jr.'s eyes the great admiration and love he has for his father. Curtis, Sr. was in the Army as I stated. One of his requests was that his son, Curtis, Jr. (who is retired Army) and other family members (namely grandchildren and grandchildren-in-law) who are serving in the military wear their uniforms. It was a fitting tribute to a man who loved his God, his family and his country. It was inspiring to see these men in uniform solely to honor their father and grandfather's wish.

There were stories about the closenes of the family. Stories from Curtis, Jr. and from grandson Curtis Allen (one humorous moment was when Pastor Kevin said "Curtis and Curtis, come share about Curtis,") spoke of lessons learned and lives touched.

Even as adults, there was a "little boy" look of admiration and love as they honored this patriarch of the family.

While no one is perfect and sometimes at funerals, the accolades seem so thick and at times contrived, this was no the case today. They were searching for good things to say. They just shared the truth from their hearts.

It was an apparent moment of familial love.

That which was being said had not gone without saying while Mr. Sewell was still alive with us. This was not an attempt to make up for lost time.

So, lesson learned - family matters. Take the time today to tell the ones you love how much they mean to you. Don't presume you can tell them later. God has given you now for a reason.

Of all that shines clear on a day like this, personal faith in Christ shines brightest. Curtis Sewell, Sr. has that faith (present tense used on purpose.)

We have all been to funeral services where there were great strides made to try to convince ourselves that the deceased was truly in a better place, all the while knowing there was a better chance that the person was not in heaven at all.

These are sad days. These are moments where we look back in the loved one's life for any semblance of faith or surrender to Jesus Christ. All too often, life choices and lifestyle do not match up with the claims of Christ. This makes it so very difficult for family members who are wanting to say "He's in heaven" or "He's in a better place" when deep down we are pretty sure he is not.

Today - this was not the case. There were no contrived stories to convince the crowd that Mr. Sewell is in heaven. This man had claimed a personal relationship with God through Jesus Christ, based on Christ' s payment for sin on the cross and His resurrection. Surrenduring to the Lordship of Jesus Christ and receiving the free gift of God's salvation enabled us to have a service full of hope and joy. Don't get me wrong, it's still sad. There were and will be many tears. The loss of the presence of our loved ones is difficult and part of the human story.

It's the hope we have in Christ that enables us to move forward, in peace.

Faith matters because eternity is determined by what you do with Jesus now.

Curtis Wilson Sewell, Sr. read his Bible often. He, like many, would underline key verses and phrases that held special meaning. Throughout his Bible, there were many marked verses. However, there was only one highlighted passage. This was the passage of Scripture I was asked to read today. It's Psalm 100 and it's called a psalm of thanksgiving. Some would say that it would be innappropriate to offer thanksgiving at a funeral, but they would be wrong. As believers, it can be a day of thanksgiving.

Make a joyful noice to the Lord, all the earth!

Serve the Lord with gladness! Come into His presence with singing!

Know that the Lord, He is God!

It is He who made us, and we are His; we are His people, and the sheep of his pasture.

Enter His gates with thanksgiving, and His courts with praise! Give thanks to Him; bless His name!

For the Lord is good; His steadfast love endures forever, and the His faithfulness to all generations.