About a week ago, a discussion arose in our Foundations class regarding corporate worship. The need for believers to come together in worship is biblical, even though some like to minimize it or call it a traditional trend.

"And let us consider how to stir up one another to love and good works, not neglecting to meet together, as is the habit of some, but encouraging one another, and all the more as you see the Day drawing near." - Hebrews 10:24-25 (ESV)

The passage speaks of the vitality of coming together with other believers. This may be for study or fellowship, but primarily is for worship. There is value in corporate worship. 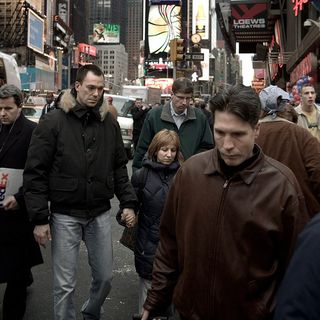 The act of coming together regularly and worshipping as the church is normative behavior for believers. (Makes you question the over 50% of Baptist church "members" who haven't darkened the door of their church for decades, doesn't it?")

We also discussed how our view of the weekend services may be wrong. Too often, we see it as a time to be prepared for the following week, and that's a good reason to come, but even more, it should be a time where we, as brothers and sisters in Christ can gather to celebrate all that God has done in our lives the previous week. Even when the previous week has been terrible, maybe even a week where we've fallen and sinned greatly, it's a time of healing and celebration that can remind us of whose we are and who we are.

So, the question came up "Why don't people attend church?" We received a number of answers. I saw an article in USA Today from a few years ago that showed some interesting things.

Like any survey, these points can be manipulated to say what the surveyor wants to emphasize.

In our unofficial survey of believers in attendance last Wednesday, I heard the following reasons as to why people don't like to attend church:

Some have good reasons for not attending church.

All this being said, the truth of the matter is that most people avoid church because they have not seen any real difference in the lives of those who do attend church. This is not an indictment of everyone who attends church, but honestly, if we lived like we should, if we lived in the transforming power of the Spirit of God, if we truly loved others as we have been called to love, others would be drawn to us, because of Christ in us, in such a way that coming together as the church would be attractive.

In reality, the newness of a church "building" wears off quickly. Those impressed with facilities will soon fade away. The people are the church. So, it's not so much of "Why don't people go to church?" but "Why do people avoid the church - the people of God?"

Oh, more surveys will be taken. Churches will develop strategies to be more welcoming and engaging, but until the people of God trust Him with all that we are and live according to His Word, things won't change very much.