davidtarkington.com
Home Archives Subscribe
For Whom Did Christ Really Die?
Should You Observe the Stations of the Cross?

Some Atheists Are Better "Christians" than Christians

Some atheists act more Christ-like than many Christians. That's what has been touted recently in the news. Actor and comedian Ricky Gervais posted a holiday message for Easter titled "Why I'm A Good Christian" in the Wall Street Journal. This was a follow-up article to his Christmas one titled "Why I'm an Atheist." Gervais, by his own account is an atheist, so the title of his new posting is getting some attention.

No, he has not disavowed his atheistic beliefs and come to Christ. The title, in his own words is "a little misleading, or at least cryptic." He goes on to say "I am of course not a good Christian in the sense that I believe that Jesus was half man, half God, but I do believe I am a good Christian compared to a lot of Christians." 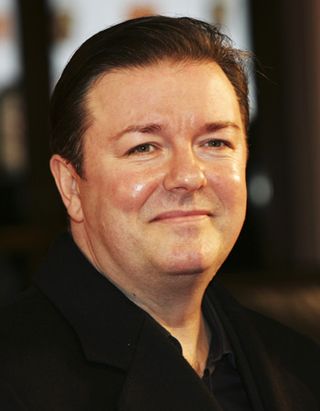 Of course, I believe that Gervais is wrong on numerous accounts. Well, first of all, Jesus is not half man and half God. He is fully both, but that wasn't really the arguing point of the article.

Gervais goes on to share how many bad things in history have been in the name of Christianity or at least with Christian terms or even crosses.  He's right to a degree.

He shares how, even as an atheist, he follows the Ten Commandments much better than some avowing Christians. Of course, as we know, apart from Christ, there's no way to measure up regarding the commandments. Just take the first one, for instance "I AM the Lord your God. You shall have no other gods before me."  Not too sure how an atheist can do this. Of course, Gervais and others who are atheists say that since they do not believe in God, they can have no other gods before Him. The problem is that the god of humanism takes center stage in this belief system, so this command is broken.

I'm getting side-tracked. The point of the article is not really to dissect Gervais' poor theology. Rather, it is the question about how poorly some followers of Christ show His love to the world?

This is where the "ouch" comes in. When anyone or anything is central to our lives as believers other than Christ, our witness and lifestyle does not bring God glory. We fail in this often. . .at least I do, but there is a message in the WSJ article that continues to grab me.

Like many, Gervais has turned Christianity into an ethic rather than a relationship.

Christians aren't perfect. We get that. We mess up. We sin. However, it's when we stop trying that the world notices. Just because we attend church, read some Bible verses and sing praise songs doesn't mean we're Christians. And, even if we are, if that's all we do in the name of Christ, it appears we're stuck on the "on ramp" of salvation. The process of sanctification is life-long. No one has "arrived" when it comes to living holy lives, but shouldn't we see some progress in our lives?

Since Gervais brought up the Commandments, let's look at what Christ said when asked what the greatest commandment was.

Why did Gandhi say he didn't like Christians, but liked Christ? Why does Gervais say he's a better Christian than Christians? Because so many times, we don't live out our faith in real, tangible ways.

Christianity is not about sin management or just changing behavior. It's about living our lives so that God is glorified. How is He glorified? By loving Him and loving others in His name.