davidtarkington.com
Home Archives Subscribe
What Are You Crying About?
Sometimes We Just Don't Get It (Churches, Christians & Stewardship)

It's a sin that just about everyone at some level faces. It's the continuing sin that come back time after time - even after the wave of guilt has poured over the person and the prayer of repentance happens.

I have in mind men and women. For men it's obvious. The need for warfare against the bombardment of visual temptation to fixate on sexual images is urgent. For women it is less obvious, but just as great if we broaden the scope of temptation to food or figure or relational fantasies. When I say "lust" I mean the realm of thought, imagination, and desire that leads to sexual misconduct. So here is one set of strategies in the war against wrong desires. I put it in the form of an acronym, A N T H E M.

A – AVOID as much as is possible and reasonable the sights and situations that arouse unfitting desire. I say "possible and reasonable" because some exposure to temptation is inevitable. And I say "unfitting desire" because not all desires for sex, food, and family are bad. We know when they are unfitting and unhelpful and on their way to becoming enslaving. We know our weaknesses and what triggers them. "Avoiding" is a Biblical strategy. "Flee youthful passions and pursue righteousness" (2 Timothy 2:22). "Make no provision for the flesh, to gratify its desires" (Romans 13:14).

N – Say NO to every lustful thought within five seconds. And say it with the authority of Jesus Christ. "In the name of Jesus, NO!" You don't have much more than five seconds. Give it more unopposed time than that, and it will lodge itself with such force as to be almost immovable. Say it out loud if you dare. Be tough and warlike. As John Owen said, "Be killing sin or it will be killing you." Strike fast and strike hard. "Resist the devil, and he will flee from you" ( James 4:7).

T – TURN the mind forcefully toward Christ as a superior satisfaction. Saying "no" will not suffice. You must move from defense to offense. Fight fire with fire. Attack the promises of sin with the promises of Christ. The Bible calls lusts "deceitful desires" (Ephesians 4:22). They lie. They promise more than they can deliver. The Bible calls them "passions of your former ignorance" (1 Peter 1:14). Only fools yield. "All at once he follows her, as an ox goes to the slaughter" (Proverbs 7:22). Deceit is defeated by truth. Ignorance is defeated by knowledge. It must be glorious truth and beautiful knowledge. This is why I wrote Seeing and Savoring Jesus Christ. We must stock our minds with the superior promises and pleasures of Jesus. Then we must turn to them immediately after saying, "NO!"

H – HOLD the promise and the pleasure of Christ firmly in your mind until it pushes the other images out. "Fix your eyes on Jesus" (Hebrews 3:1). Here is where many fail. They give in too soon. They say, "I tried to push it out, and it didn't work." I ask, "How long did you try?" How hard did you exert your mind? The mind is a muscle. You can flex it with vehemence. Take the kingdom violently (Matthew 11:12). Be brutal. Hold the promise of Christ before your eyes. Hold it. Hold it! Don't let it go! Keep holding it! How long? As long as it takes. Fight! For Christ's sake, fight till you win! If an electric garage door were about to crush your child you would hold it up with all our might and holler for help, and hold it and hold it and hold it and hold it.

E – ENJOY a superior satisfaction. Cultivate the capacities for pleasure in Christ. One reason lust reigns in so many is that Christ has so little appeal. We default to deceit because we have little delight in Christ. Don't say, "That's just not me." What steps have you taken to waken affection for Jesus? Have you fought for joy? Don't be fatalistic. You were created to treasure Christ with all your heart – more than you treasure sex or sugar. If you have little taste for Jesus, competing pleasures will triumph. Plead with God for the satisfaction you don't have: "Satisfy us in the morning with your steadfast love, that we may rejoice and be glad all our days" (Psalm 90:14). Then look, look, look at the most magnificent Person in the universe until you see him the way he is. 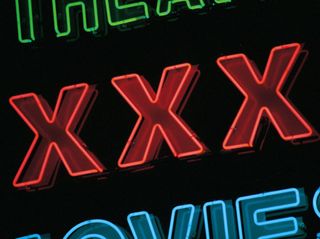 M – MOVE into a useful activity away from idleness and other vulnerable behaviors. Lust grows fast in the garden of leisure. Find a good work to do, and do it with all your might. "Do not be slothful in zeal, be fervent in spirit, serve the Lord" (Romans 12:11). "Be steadfast, immovable, always abounding in the work of the Lord" (1 Corinthians 15:58). Abound in work. Get up and do something. Sweep a room. Hammer a nail. Write a letter. Fix a faucet. And do it for Jesus' sake. You were made to manage and create. Christ died to make you "zealous for good deeds" (Titus 2:14). Displace deceitful lusts with a passion for good deeds.