You Never Know Who's Watching

On long bus trips with students, we used to play games to bide the time. A few years ago we were playing "Six Degrees of Separation." It's a game that is built on the idea that everyone is on average connected to everyone else in only six steps. The game revolves around actors and movie roles and as most know, Kevin Bacon is connected to every actor or actress ever to be in a film within only six steps. Don't believe me, click here to go to the Oracle of Bacon.

In generations past, we would have discounted this as a ridiculous concept, but in today's small world connected via internet and social media, it is truly conceivable that we are all just a few steps away from each other.

Just check out this map showing where my Facebook friends are located: 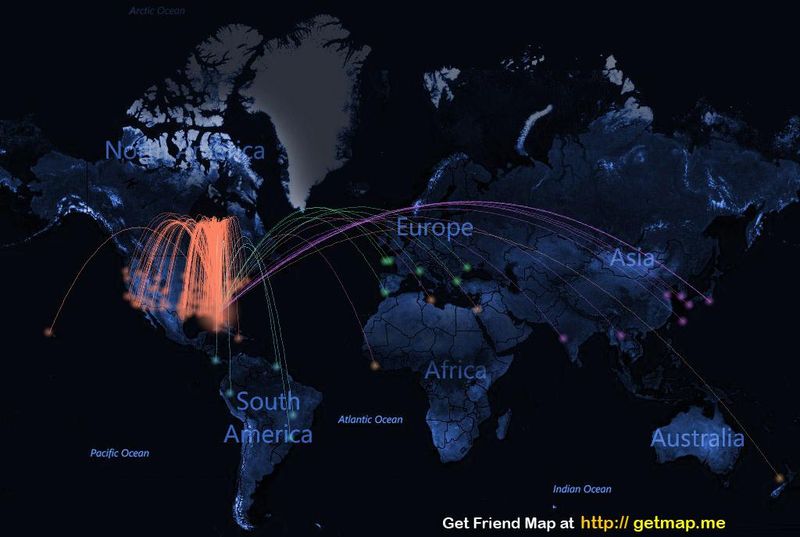 Apparently, I need to make some friends in Australia. This is a strange graphic. It reminds me of "thermo nuclear war" from WarGames.

As I think of the connectivity we have on this planet, it leads to the question of how this impacts our (Christians') evangelism strategy.

The wonderful thing is that God has an incredible strategy already in place. It's the same one used during the first century. You can read of it in the book of Acts and the following letters in the New Testament. A friend tells a friend. . .and so on.

This 3 minute clip called "Strangers" makes it so very clear.

Earlier I read a news report about young Bobby Montoya's desire to join the local Girl Scouts group. Bobby lives with his mother Felisha Archuleta in Colorado. Now, it's not normally newsworthy when a child desires to join scouting, but in this case Bobby was rejected.

This made it a news item. I imagine his mother contacted the local news station.

The issue is that Bobby is not a girl. Yep, he's a boy.

This 7-year-old boy enjoys playing with Barbie dolls, My Little Pony and other toys targeted to young ladies. That, in and of itself, is not a really big deal. Most little boys who have older sisters have been convinced to participate in tea parties and play with Barbie dolls. It's the same with little girls who grow up with older brothers. They tend to have to play with Hot Wheels or G.I. Joe at times. Sometimes there's a compromise and G.I. Joe and Barbie hang out together. Poor Ken. But, I digress.

Bobby's story was featured on a local Denver station and carried nationwide on CNN and other news agencies earlier this week. Here's the story. . .

"We accept all girls in kindergarten through 12th grade as members. If a child identifies as a girl and the child's family presents her as a girl, Girl Scouts of Colorado welcomes her as a Girl Scout."

It's a seemingly inclusive statement. In a pluralistic society that honors political correctness, it even appears to be loving and tolerant. The problem is that this story is deeper than just Bobby's desire to play with Barbies and enjoy girl-oriented toys.

It's hard to get a clear picture of what is truly happening. The news report is short and, as always, designed and edited to be brief and sensational at some level.

It definitely has people talking. 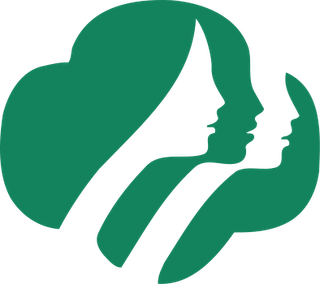 I feel for Bobby because he seems to be caught in the middle of all this. It seems now that after Girl Scouts of Colorado made their decision, Bobby's mother is not comfortable with putting him in the troop. It begs the question "Then, why did you go to the media and put your child on national television?"

The Gay/Lesbian/Transgender groups in our nation are using the story to bring more attention to their cause and agenda of wide-spread acceptance of the lifestyle. They applaud Girl Scouts of Colorado for being open to Bobby.

This is not a new issue for Girl Scouts. I was reading of a "transitioned" woman who wholeheartedly supports Girl Scouts. Her article was written back in June. She shares of her support based on her history by saying:

I was in the wrong body at the time to join Girl Scouts, but I do wholeheartedly support it and their mission statement as a one time very short term member of the Boy Scouts.

Her blog continues about the hatred of "right wingers" and their "war on women" and for the foolheartedness of the Boy Scouts of America who have stuck to their original tenets of requiring Scout masters to be heterosexual, have a belief in God, and non-inclusive when it comes to gender.

However, not even all who consider themselves homosexual or transgender agree that Bobby should be a Girl Scout.

I'm gay and I have a problem with this one. . .Mom is making big mistake pigeon holing her son so young. Let him be himself. Long hair and Girl Scouts is both Mom's isses not the kid's!

On the other side of the coin are those who are greatly disappointed in the Girl Scouts of Colorado's stance and believe they should be steadfast in their policies of being open to girls only.

Judith A. Reisman, a visiting professor of law at Liberty University School of Law states, the obvious "If he has male parts, he is a male."

That should be enough to determine if he's eligible to be a Girl Scout.

Reisman continues, "The children in a given society always reflect its belief systems. Until the 1950s the Western world was built and run by adults largely clear about their sexuality and beliefs. People used to ask which is stronger, nature or nurture. Now we are so 'smart' we don't even know we have a nature."

I'm sure those quotes will draw the ire of those who feel this is a tolerance issue or perhaps just another item to showcase angry Christians.

I'm not angry. I am frustrated.

Christian and non-Christian counselors and psychiatrists have even called this a form of "child abuse."

"We're conducting social, cultural, sexual experiments on the fly, using our own kids as guinea pigs, without the necessary research to guide us."

As stated in a previous blog posting, I do not believe the homosexual or transgender lifestyle is acceptable. I do, however, believe the church must step into the conversation to help families with children (and adults as well) who struggle with gender identity. What the Girl Scouts have done is wrong. I believe Bobby's mother has made a dire mistake as well. I am sure she deeply loves her son, but these decisions, despite intent are not helping Bobby but harming him.

What should a Christian's response be? What should a church do? Click here to read my posting titled "Can a Church Minister to Homosexuals Without Condoning Homosexuality?"

As for hosting a Girl Scouts troop, we do not. We have not for a number of years. We do host a Boy Scout troop. Unless Girl Scouts changes their stand on inclusiveness regarding gender, we will not host Girl Scouts here at the church. I'm sure some will view that as intolerant and mean. That's not the intent. The reality is that I do not agree with the stance of the Girl Scouts of Colorado (and consequently, the Girl Scouts of America) regarding the inclusive nature for boys to join the troops. In truth, this compromise cuts at the core of who we are as created by God in His image. I believe the Bible clearly teaches that gender is bestowed by God. Men are made to be men. Women are made to be women. Both in His image. Both created on purpose, with value.

Both man and woman, however, lack the purity of heart and sinlessness required to enter the presence of God and therefore, all people (boys, girls, men, women, heterosexual, homosexual, transgendered, etc.) need a Savior. That Savior is Jesus Christ.

So, while I am not angry about this story, I am burdened for the lostness of all involved and the blindness of a world that cannot see the truth.

I believe some heard this story and immediately saw it as a tool for their agendas. Somewhere in the midst of the news reports remains a little boy named Bobby Montoya and his mother Felisha. Join me in praying for this family. Pray that God will draw them to Himself. Pray for healing. Pray for a clear understanding of identity.