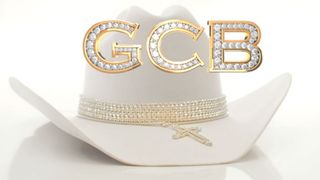 However, I do believe it is important when rebranding, especially in this age of acronyms and abbreviations, to explore all possible "other" messages a new name or logo may accidentally reference.

While I do not believe the task force could have seen this coming, it's now here. It's obvious to me. It's troubling and looks to be a punchline for comedians for a while. The brand "Great Commission Baptists" is inevitably going to be shortened to "GCB."

In case you haven't noticed, the new ABC television comedy-drama titled "GCB" has recently begun airing. I kept seeing the advertisements for it and could not figure out what "GCB" stood for. Then, I read an article about the show. Apparently, it's based on a book titled "Good Christian B------" or "Good Christian Witches" with a replaced letter if you cannot figure out my cryptic blanks. The producers changed the name to "Good Christian Belles" but that didn't go over well either apparently, so now it's just "GCB."

The show is being marketed as similar to "Desperate Housewives," but set in Texas and features "good" church-going women who fight with each other, embarrass each other, gossip and cheat, etc. and use the church as a venue to voice their issues.

Is this reason enough to shelve the "Great Commission Baptist" tag? I'm not sure. However, in a world where media drives so much and pop culture often becomes the commonality between cultures, it may be more difficult to build bridges to people in other parts of the nation by calling ourselves "GCB Churches" rather than "SBC Churches."

You think branding is not a big deal? Check out these stories. . .

These are funny, and all very real, but you can see what happens when you're not really, really careful with your acronym of choice.

Should we use the "Great Commission Baptists" moniker, we had better be ready to laugh at ourselves because of the likely connection with the show "GCB." Of course, the show probably won't last long, so this may be a moot point.

And, just to be fair, SBC has multiple meanings as well. . .

There are more. This is just the first page of the Google search.

Oh well, whatever title we have and use, may we truly be Great Commission Christians. It's in the personal relationships with others that the Gospel is shared and disciples are made.