REAL Manhood: "More To This Life" - The Chapman Family

An authentic man, a "real man" expects the greater reward. This life is not all there is. Years ago, music artist Steven Curtis Chapman released a hit song titled "More to This Life." The song garnered awards for Chapman, but more importantly, the lyrics hit on a subject all too often ignored by people today, even Christ-followers.

This is about living with the bigger picture in mind. This life does matter. It is during our life here that we are given the opportunikty to respond to God's calling. It is now when we are shown the reality of the Gospel and the grace of the Father. So, yes, this life is vital. What we do and how we live now matters. However, this life is about much more than just managing our sin for the day.

While some believe the common lie that by managing one's sin and being an overall "good guy" they can "live their best life now," the truth of the matter is that regardless how good it is here and now, it pales in comparison to what is to come for the child of God. 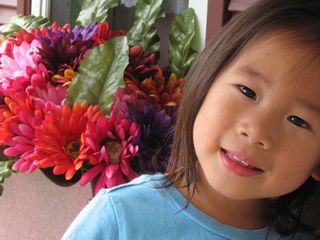 Sometimes in life, the here and now is terribly tragic. In 2008, Chapman’s five year old daughter Maria Sue (the youngest of his daughters and one of three adopted from China) was killed when his 17 year old son Will Franklin ran over her in the family’s driveway. The pain for Steven, his wife and especially his son was, and is, intense. Will Franklin recounts that he began running away from the house immediately after the accident. He was in shock. He was scared. He “just wanted to get away,” but his siblings ran after him, hugged him and held him. He said his family’s faith has been key to helping him grow through this.

Mary Beth Chapman, Steven’s wife and the children’s mother, said “Because of my faith, I know that she’s completely whole and completely OK and I’m going to see her again.”[i] Still it’s not easy. In fact, it’s very difficult, but the reminder is that this life is not the end. There’s more to this life.

An authentic man understands that all that we see around us is temporal. Some men have forsaken that which truly matters to gain notoriety among others. Families suffer. Father wounds increase. Yet, men continue to climb the “ladder” of success while often ignoring that which truly counts. Jesus asked the question “What good is it to gain the whole world and forfeit one’s soul?” In case you haven’t figured out the answer, it is simply “Not good at all.”

While often chastised for not recognizing the moment and living either looking toward the future or lamenting or overly celebrating the past, we must not forget that the authentic man always lives with the greater reward in mind.