Everybody has treasure. It may be money or simply a pair of shoes, but thre reality is we treasure what we possess, because it is our stuff. Since we have these treasures, we end up feeling responsible for guarding them. Biblical scholar Garry Alley writes of the time when an arrogant individual approached Jesus and insisted he settle a family dispute regarding inheritance. As is the case often in the New Testament, Jesus told a story, a parable, to answer this request.

Jesus tells of a wealthy man who was blessed with a great crop on his land. This man debated in his own mind as to what to do with the overage. He decided to tear down his barns and build bigger ones in order to hold the surplus. 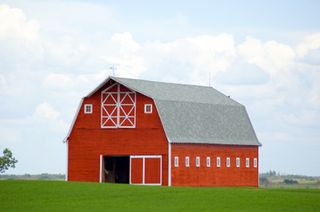 Most likely, the listeners were thinking that this wealthy man was a God-fearer and pious. This is due to the fact that many Old Testament passages speak of God blessing one’s crops if they obey His commandments.

They may have thought the man was a great administrator like Joseph of the Old Testament in that the story reflects some of that story as well.

Perhaps the listeners thought the man was righteous because God had blessed him with great wealth.

However, just when the crowd has developed their ideas of how godly and righteous the wealthy man was, Jesus reveals his disapproval.  The wealthy man speaks of his plans and God says to him “Fool! This night your soul is required of you, and the things you have prepared, whose will they be?”[i]

This is a shocking statement. What makes a man like this a fool? Does this mean not to plan ahead and save for rainy day? Is this a financial planning lesson? What is Jesus’ point?

Notice that the wealthy man’s focus was on self. He was thinking about what he would eat and drink and how he would have supply for the future. Jesus teaches of the fragility of life and that tomorrow is never promised. The fatal flaw is what the man did with his stuff, his treasure. Instead of loving others and showing that love, he intended to use his wealth for his own sake in order to enhance his own life. The real man understands that being “rich toward God” is using what God has blessed him with for the sake of others. This is the man who expects the greater reward.[ii]