"God Has Left the Building!" 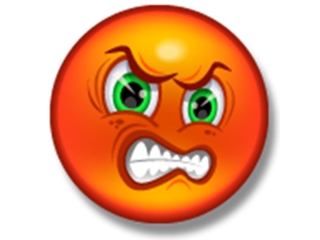 The benefits of being interdependent (i.e. cooperative - we like that word better) far outweigh the isolationism some churches hold. It seems in the New Testament that Christ-followers in different churches felt an obligation and calling to pray and support other churches throughout the world. There was a Kingdom-mindedness that prevailed. It was a team effort featuring all true churches working to push back the darkness and fulfill Christ's call and commission. Autonomous? Yes. Interdependent? Yes.

That being said, within this concept of interdependence, cooperation, brotherhood, and biblical fellowship, we have a responsibility to hold up the standard of the Word of God in such as way that the calling of the Lord for His church may be fulfilled and His Kingdom expanded.

And that. . .is why this video clip frustrates me. Mainly because some in my community believe our church to be like this. This becomes just another barrier (and an unecessary one, at that) to reaching our world for Christ.

I have thought for a few days about this clip. I think I should preface you watching the clip with some points:

At first, as I watched it, I laughed. Every pastor has had someone in the congregation cause a disruption at some point. I've had teenagers talk, babies cry, strange guys walk down the aisle at the wrong times, men snore LOUDLY, etc. There are various ways to deal with disruption and this pastor's, well. . abrupt way just seemed. . .funny.

Then, it changed for me.

It was no longer funny.

I showed this to a few other trusted pastors and their responses were similar to mine. I was just checking. Perhaps I was overly senstive. Then, I realized it wasn't over-sensitivity, but offense and frustration.

After Tuesday's posting on Brand Expanders, I have had numerous conversations with church members and friends from other churches. These conversations have been healthy. There's a common theme of "You're right, but what do we do?" Well, we repent, as I said, and we change. We must cease living and functioning in such a way that dishonors Christ.

The actions of this pastor in an attempt to retrieve a proper decorum in the service were anything but God honoring. Unknowingly to him, this short clip may actually be pushing the Kingdom of God back.

Here's what concerns me regarding the clip. . .

I fully understand that by posting this, some will classify me as something I am not. This is a dangerous post, but you know, it's getting old.It's old when those who wear the name of Christ and attach the name "Baptist" to their fellowships have an obligation to the King and His Kingdom. (BTW - for those who still think I took "Baptist" out of our church name. . .get a clue. We are boldly stating that we are Christ-followers first! We are Baptists (Southern Baptists) by choice and our church's name still affirms that)

We are Christ's church made up of men, women and young people who have surrendered to His Lordship, seeking to grow as and make new disciples. We are Baptist as a celebration of new life expressed in the live illustration of new life through believer's baptism, as commanded by Christ. We are not about ourselves. We are simply the vehicle designed to bring glory to the Father. We are Christ-followers!

Oh, one other thing about the clip. What happened with J.L. and the cheese?