REAL Manhood: "You're the Man!" Is Not Always a Good Thing to Hear

Nathan said to David, “You are the man! Thus says the Lord, the God of Israel, ‘I anointed you king over Israel, and I delivered you out of the hand of Saul. 2 Samuel 12:7(ESV)

David, the most heralded king in the history of Israel, is known as a “man after God’s own heart.” Yet, his is a story that reveals numerous character flaws and personal inconsistencies.

He is the young shepherd boy who defeats the giant. He is the one praised as a great warrior by the people. He is a worker for the king. He becomes best friends with the prince. His musical skill and ability to write poems and psalms show a deep heart. He was chosen by God and lived to bring Him glory.

Following an escape from a mad king and a time in exile, David is placed on the royal throne by God himself. God’s anointed king is leading His chosen people.

David is an adulterer and a thief.

David tries to hide his sin by attempting to set up the husband of this woman. That fails and then Plan B goes into effect. David has the woman’s husband killed. Now, he’s a murderer as well. 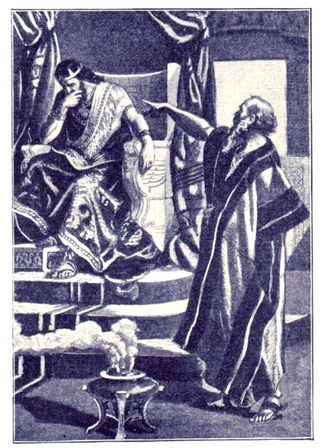 The prophet Nathan comes by to see him one day, at the prompting of God. During this visit, Nathan shares with David a parable about a man who owned many sheep yet took the only ewe lamb of a faithful friend and neighbor in order to make a sacrifice. David was incensed and stated that this man deserved to die for his actions. It was then that Nathan says “You’re the man.”

The revelation was clear. David was caught. David’s sin is horrible and not only caused him dismay but hurt many others, including the death of a friend and a newborn baby. Sin always results in death.

However, we see David not doing what is so often done by men. His conviction leads to his acceptance of responsibility. He is to blame. It was not the circumstance. It was not the temptress. It was on David. From this tragic story, God’s man repents and steps forward. David is still known as a man after God’s own heart and the greatest king of Israel.