davidtarkington.com
Home Archives Subscribe
REAL Manhood: "You're the Man!" Is Not Always a Good Thing to Hear
David Landrith: Walking Through a Valley. . .But Not Alone

The Dangerous and Risky Calling of Pastoral Ministry

When it comes to pastoral ministry, especially here in the States, a recent survey showed what many have feared to be true (and often is only spoken of by those in ministry in hushed tones). It’s not easy and sometimes it takes a toll. 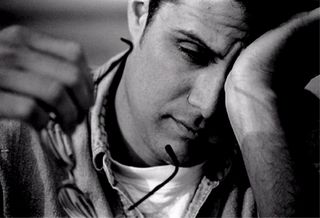 According to another survey, only 23% of pastors report being happy and content in their identity in Christ, their church and in their home.

Why share this? Because we are part of a story bigger than ourselves. Pastors and families of pastors are being taken out, all too easily. That’s why I have followed God’s lead to be invested with young pastors and peers through our network of churches. That’s why my wife and I will be working with others in our network to assess new pastors and church planters in our city. We don’t want to see these men end up a statistic. We want them to lead, to serve, to pastor healthy churches, to have marriages that are holy and last, to be ready for the attacks of the Enemy and to find victory.

Some say, “But that’s not our church. That doesn’t have anything to do with us. You don’t need to worry about those guys. You have other things here to worry about.”

Yeah, it may be said, but it’s wrong. Dead wrong and that line of thinking is what leads churches to become toxic. It’s a brand expander mentality that is more about self than about Kingdom and when a church begins to live like that, they actually push the kingdom of darkness forward rather than the Kingdom of God.

The church, whether the portion gathered here at First, or in another building or maybe meeting in a living room somewhere, is to provide for the one God has set apart to pastor/lead/shepherd them. Paul had invested 18 months with the Corinthians and had seen this gathering grow into the church at Corinth. The spiritual authority was given to him and he taught, preached and even wrote part of the Bible, under the Holy Spirit’s inspiration for the sake of the Gospel.

I believe we are at a place of calling. God has his hand on some men here, some women, too. He is calling. He is creating a great uneasiness within you. You have your plans. You’re working your plans. You’re in a career perhaps, but . . . and you know it’s there. . .something just isn’t right.

It’s not about a career. It’s a calling.

And after that wonderful picture of hard stats and depressing numbers, you’re thinking “Who in their right mind would do that?”

But God is still speaking.

You love God. You love the church. You love people (well, some people) and you know He’s speaking to you.

Oh, and He’s not calling you to the safe ministry (the safe ones are the ones that are weak and don’t matter anyway.)

Do you see that? Paul is saying “I’ll do whatever it takes to win some, to save some. It’s that important.” He’s saying, “I do it all, with or without pay, through attack, depression, discouragement, pain, challenge, all of it for the sake of the gospel, that I may share with them in its blessings.”

Paul’s affirmation is your affirmation. It’s my affirmation. This calling, whether as a pastor or missionary (oh, BTW – if you’re a Christ-follower, you’re a missionary – there’s no calling for “regular, every day church member) is worth it.