"Best of Both Worlds" - Miley's Twerking Exposes More Than You Thought

It's been almost a week since the media world, social media and the Twitterverse exploded with all things Miley. Oh, Miley Cyrus. . .what have you done? 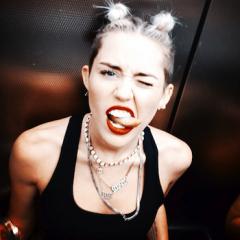 The 2013 MTV Video Music Awards were held last Sunday evening. Does MTV even show music videos anymore? I think the last time I watched MTV, even semi-regularly, was back in high school. I'd watch music videos and episodes of the game show "Remote Control." These were long before the days of "Jersey Shore," "Catfish" and "Teen Mom." Nevertheless, MTV has never been considered a bastion of family-friendly programming. It is, however, a view port into our culture and in many cases, a rudder for the culture.

Once the VMAs aired, the responses to Miley were everywhere. . .

I didn't see the show when it aired, but you'd have to living under a rock to not have seen clips and images from Miley's performance this past week. It's evident she is doing everything possible to distance herself from her Disney persona. She's not the first actor to do so.

Miley has done the seemingly impossible. She has made Lady Gaga seem mainstream and the N*Sync reunion an afterthought.

"There's no such thing as bad publicity."

That seems to be Miley's mantra. Perhaps she should consult Lindsay Lohan or Amanda Bynes about that. The responses from conservative, family and religious groups were as expected. No surprises. In fact, most of these groups probably had their press releases typed up prior to the airing of the show and then just input the names of the most offensive entertainers before sending.

In Miley's case, even though there are a good number of entertainers and public figures encouraging her publicly and stating "she has a right to do as she wants" there were many more in the industry whose tweets seem to say "Uh. . . you've gone too far."

Ok, so we mostly all agree that Miley's performance wasn't good. It was bad on numerous levels. It's been talked about, tweeted about, reported on and now. . .well, it's old news.

So what now? Does this lead to protests of MTV? Banning Miley Cyrus CDs at your local Walmart? Cancelling the Disney Channel? Uh. . .go ahead if you want. That may make you feel better, but really won't do anything lasting. In the end, Miley will still sell music (at least one more album), reports will continue to come out about child-stars and their attempts to run from the "Disney-image" that made them famous. Teenagers and preteens (and younger) will buy music and wear clothes modeled by Miley. Mark my words, on Halloween this year, you WILL see young girls with their hair put up in horns like Miley's, they'll be walking around with their tongue hanging out and most likely will be wearing a teddy bear suit (I hope they don't opt for the nude bikini.) These costumes will be put together by moms and dads who think it's funny. They will be wrong.

Maybe it's my age. It's definitely tied to my upbringing and my faith. When I see images of Miley from the VMAs and in the media, I don't get angry. I know some do. My first reaction is not that I'm appalled, though I am. I think like a parent. I know Miley is an adult, at least legally due to her age, and she can do whatever she chooses. In fact, so can all other "adults" of legal age in this country. I am saddened. I cannot fathom as a dad, seeing my child on a stage, being "pimped" by the media and her handlers like that.

Miley is just a public persona acting out what many young people in our culture are feeling and experiencing. Like no time in recent history (yes, I know the Romans were this bad, that's why I said "recent") our culture has been "freed" to be sexed up like never before. Access to the internet has brought porn to the mainstream. Innocent apps like SnapChat, Instagram and Vine have become tools for students to share their "Miley" moments with friends and the public. High schoolers, junior highers and even elementary school students are sexting, propositioning, and experimenting with sexual talk, sexual acts and things that, not too long ago, were never mentioned by children, and not even by considerate adults. (BTW - parents, if your child has a social media account of any kind, on the computer or phone, get the passwords, check it regularly, check deleted messages, read the texts, look at the photos, etc. Don't presume "not my kid.")

One person responded to a tweet about Miley with "You should pray for her instead of condemn her." Good advice and yes, we should be praying for her. That's always good advice. She needs prayer, just like I do and everyone else I know. So do her parents (regardless what public statements they made following the show.) While there is no condemnation for those in Christ Jesus, there are consequences and she will reap them. . . as will others.

Miley's ranchy show is not the end. How should the church respond? Well, who cares how the church responds to a televised awards show? Really? We respond with disgust and sadness. It's a given. The question is how to we respond in our community? In our own families? For the sake of our children? Not about Miley, but about the bigger picture?

There is a battle going on. It's raging now and the hearts of our children are at stake. They've been sold a bill of goods. I'm talking about "church kids" too. They believe they can have it all, be whatever they want to be, do whatever they choose and still experience the "best of both worlds."

Little girls and little boys have heart questions that aren't being answered. Girls ask "Am I beautiful and worth it?" Boys ask "Do I have what it takes?"

Moms and dads (and pastors, leaders, coaches, uncles, aunts, cousins, etc.) need to answer these questions. These questions have been answered by God and we must echo them. The answers are "Yes!"

The answer must be given over and over.

The answer does not give license to sin, however. When the true answer is given, by words and actions, consistently, many children will cease to find the answer elsewhere.

Miley is seeking that answer, just like I am and everyone else I know.

She, like many, just cannot or will not hear the voice of God answering. We must remember, as God's ambassadors, we are to answer the question.