When Your Child Comes Out of the Closet

"Pastor David. We need to come speak to you. Our teenager has just revealed something to us and we don't know what to do."

I've heard this statement, or cry for help, numerous times over the years from parents. I have encountered and counseled numerous parents who have had to face the reality of their child "coming out of the closet" as LGBT (Lesbian, Gay, Bisexual or Transgender.) In most cases, based on my role as a pastor, these parents have come seeking insight from the Scripture and hope for their situation. Simply put, they want a fix or a prayer that will change their child. They want me to "pray the gay away" and while I believe in the power of prayer, it really isn't that simple.

LGBT in the Church 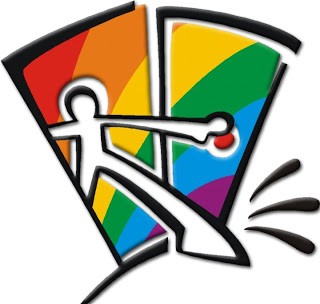 The gay lifestyle and gender confusion are no strangers to the church. Over the past twenty years, I have had numerous students in youth ministry come out of the closet, dads in the church caught soliciting male prostitutes, wives leaving husbands for their lesbian lovers, spouses and family members grieving of the death of their loved ones after years of suffering with AIDS.

I believe our church is not much different than others. The struggle of same-sex attraction is not relegated to a denominational affiliation, a political viewpoint, nationality, cultural heritage, family makeup or any other demographic. It is a human dilemma and in a culture that is shifting it's definition of normal, this lifestyle becomes even more prevalent and perhaps even trendy.

As one counselor shared with me regarding teenagers struggling in this area, "Parents are not only dealing with this issue in their homes, but are pushing against a seemingly insurmountable wall of cultural pressure and acceptance from all venues."

Three Words That Changed Everything

Leon Yuan states that it was May 17, 1993 when three little words caused so much upheaval in their family. Leon and his wife Angela's son, Christopher said to them, "I am gay." At that point, their story changed forever.

Leon continues that it couldn't have been a worse time for this revelation. Their marriage was on the rocks. Christopher was a college student. Stress in the family was at an all time high.

I have heard the same thing from numerous parents. It always seems "It couldn't have come at a worse time" is the common assessment for all. When is the best time, really?

Parents have different reactions to this type of statement. Those who embrace alternative lifestyle choices under the banner of "tolerance" may celebrate the "awakening." Those who hold to more traditional beliefs will feel greatly disturbed. Many who claim to know Christ will struggle with loving their child and not condoning what they consider to be sin. Some claim to know Christ, but view things differently and see nothing wrong with the declaration. Some will grow so angry and shamed that unfortunate and painfully wrong responses occur. There truly is no one, common response.

However, in my experience, and no doubt due to my role as a pastor as well as my doctrinal and theological beliefs, the vast majority of parents who have come to me echo the Yuans. The declaration becomes a crisis moment.

According to Christopher, the tumultuous "coming out" to parents event is common in the LGBT community. In fact, it's almost seen as a rite of passage. Christopher states. . .

"Telling my parents was the final hurdle in coming out. I knew they would be unwilling to let go of their set ways. It would have been awkward if my mother had said, 'You're gay? Great! Why don't I come down to Louisville and you can introduce me to some of your gay friends?' Nevertheless, their rejection showed me how closed minded they were. At the same time, I fully expected them not to understand me. Their reaction fit in with the other coming-out war stories I'd heard. There was a pretty standard script for gay folks, and the big blowup with the parents was the climactic scene that marked the end of act one and the beginning of act two."

Though expected, it left Christopher's parents feeling lost and hopeless. It is at these moments of crises, one's beliefs are tested and refined.

In many cases, parents want a fix for their son or daughter. As stated in numerous previous posts, only God can change a person's heart. It also should be noted that parents often go into crisis mode when this story unfolds, but when other personal sins are revealed, the reaction is muted. Perhaps the "grading" of sins leads to this? That's a posting for another day.

What should a parent do?

In my experience, I have seen moms and dads react and respond in numerous ways. In some cases, the marriage has been lost in the battle. Other couples unite together and actually grow stronger. Some blame God. Others turn to God. Most want a quick fix. None receive that. In some cases the child leaves the gay lifestyle. In other cases, there's no such change evident.

In all situations and human responses, God is still God.

It becomes an opportunity for greater intimacy with the Father. The hard questions are asked. Prayers move from "bless this and that" and "help the sick get well" to "HELP ME! CHANGE ME! FORGIVE ME!"

The hope of Scripture is sought. Many church-attenders become disciples. At least the opportunity is there.

The initial desire from mom and dad is "Help my kid!" and often it becomes a realization of "I need help." God does that. It's not that he minimizes the sin of the child. That child will have to respond and repent on his/her own, but in the midst of seeking holiness, one's own sin is revealed.

In the Yuans lives, God revealed Himself in amazing ways. This couple who did not know God were drawn to Him. Seemingly by "coincidence" Angela is introduced to Jesus Christ and surrenders her life to Him. Later on, after some very difficult months, Leon does as well.

All the while, their son, Christopher, remained far from God.

So they (Angela and Leon) prayed. I mean really prayed. For years. Often with no sign that God was even hearing them.

In His time, He drew Christopher to Himself as well.

It wasn't a smooth transformation. It was painful. There were many struggles along the way. The immersion in the gay lifestyle left Christopher with many scars, not to mention HIV. The "good life" led to serious jail time. Yet, looking back, it's clear that God was active throughout the story, even when it was hard to see.

This Sunday (September 29) at First Baptist Church of Orange Park, the Yuans will be sharing at 9:15am and 10:45am the story briefly described above. There is much more to hear and God continues to write the chapters.

The Yuan's story is powerful, but not every family experiences the same result.

Does the Yuans story relate to people in church today? To people in a Baptist church in the South? Oh yeah, this story is every believer's story. It's the story of a prodigal son, and prodigal parents, coming home to the Father who was waiting patiently.

So, what should parents do?

Seek Christian counseling? Yes. There are good counselors, steeped in Scripture and God's Word who can help.

Seek a support group? Sure. There are many who have experienced this.

Love their child unconditionally? Yes. This may be hard because our culture deems love as the same as affirmation. That's not biblical. God loves us, but He doesn't affirm our sin, any sin. This one is very hard, but needed. Sometimes love will be tough.

Learn from others. Let Leon and Angela's and other believer's stories speak to you. They're not perfect and would probably do some things differently if they could, but one thing that would not change is prayer. Draw close to God. Trust Him. He loves your child more than you do. He's got this.

You are not alone.

You are not the first to face this.

Christopher and his mother, Angela, have written a book chronicling their journey. The book will be available at FBCOP on Sunday as well as on our website bookstore. Below is a brief trailer for the book Out of a Far Country: A Gay Son's Journey to God. A Broken Mother's Search for Hope.