davidtarkington.com
Home Archives Subscribe
Homosexuality: Nature or Nurture? - Christopher Yuan
To Be a Sending Church, We Must Send Our Best: Neil & Kaytee Are Moving to Canada

How should Christians respond to homosexuality and the LGBT community? 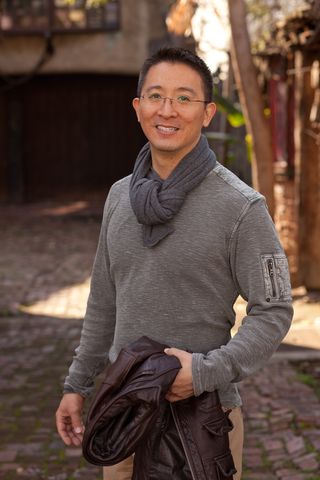 Christopher Yuan, along with his parents Leon and Angela, shared their story at First Baptist Church on September 29, 2013. Their story redemption is powerful. Christopher left home and lived a promiscuous gay lifestyle for years. He soon entered into the high end drug culture of his community and was making tons of money. He was selling drugs, hosting parties and distributing drugs nationwide.

All the while, his mother was praying that he would come to Christ.

He did, after being arrested and convicted. While in prison, he discovered he was HIV+. Christopher's is a "Romans 8:28 story" as God truly worked all things together for good. Christopher surrendered his life to Christ, served the time alotted to him and now, after amazingly being accepted and graduating from Moody Bible Institute and Wheaton College, and currently pursuing his doctorate from Bethel Seminary, he teaches (professor at Moody) and speaks nationwide of his story as a prodigal.

Christopher shared a teaching session on Sunday evening for us focused on the question "How should Chrstians respond to those in the LGBT community?" Christopher's message is clear, biblical and shines as a message from one who has lived as a gay man in the past.

Christians are to respond with. . .

While there are a number of things to avoid saying and doing (and the reminder that bullying is far from Christ-like) ultimately, the Christ-follower must remember that God alone can change a heart, and that sin, all sin, is offensive to God.

Watch Christopher's full conference on this subject here and on YouTube.

And such were some of you. But you were washed, you were sanctified, you were justified in the name of the Lord Jesus Christ and by the Spirit of our God. 1 Corinthians 6:11 (ESV)