davidtarkington.com
Home Archives Subscribe
Quit Smoking or Give Me $100
"A Christian Response to Homosexuality" - Christopher Yuan

On September 29, 2013, Christopher Yuan, along with his parents Leon and Angela, visited our church here in Orange Park. Their story redemption is powerful. Christopher left home and lived a promiscuous gay lifestyle for years. He soon entered into the high end drug culture of his community and was making tons of money. He was selling drugs, hosting parties and distributing drugs nationwide.

All the while, his mother was praying that he would come to Christ. 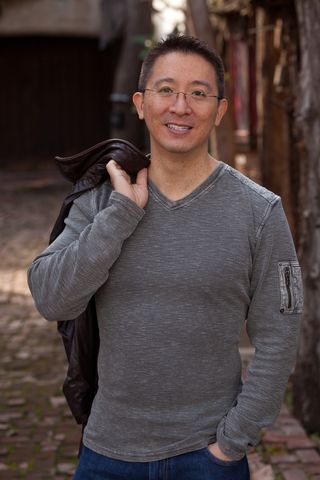 He did, after being arrested and convicted. While in prison, he discovered he was HIV+. Christopher's is a "Romans 8:28 story" as God truly worked all things together for good. Christopher surrendered his life to Christ, served the time alotted to him and now, after amazingly being accepted and graduating from Moody Bible Institute and Wheaton College, and currently pursuing his doctorate from Bethel Seminary, he teaches (professor at Moody) and speaks nationwide of his story as a prodigal.

He also shares regarding much of what culture affirms to be true regarding homosexuality and living as LGBT. The question most often asked is "Are people born gay?"

While the culture and many in the mainstream would say "Yes, that's been proven," Christopher and others affirm the biblical assertion of holy living while also presenting information that shows the holes in the theory of "born gay." While there are potentially biological factors leading some to live as LGBT, to affirm these exist is not the same as saying people are born gay. There are numerous factors that most likely lead to a person living as LGBT such as environmental, familial, biological, etc.

Nevertheless, as Christopher states on his website in the FAQ section:

Some claim that people are born gay in order to justify moral permissiveness. "If I was born this way, it can't be wrong." However, there are many inherant impulses I've had as long as I can remember, that I never chose, nor did I ever ask for (selfishness, jealousy, pride, etc.) But this doesn't justify their moral permissiveness.

On Sunday evening (9/29/2013), Christopher led a teaching session titled "Homosexuality: Nature or Nurture?" This session addresses the issue clearly and is available for viewing below on YouTube.

For a PDF copy of the PowerPoint notes Christopher used this evening, click here.

Posted by David Tarkington on October 12, 2013 at 08:49 AM in Current Affairs, Hot Topics for Churches | Permalink | 0 comments