davidtarkington.com
Home Archives Subscribe
Church Discipline in a Consumer-Oriented Culture
"That Counts!" Why Off Campus Small Groups Are Essential

The Dress-Code Distraction in the Church & Denomination

I attended the annual meeting of the Florida Baptist State Convention earlier this week. The messages and worship presented was God-honoring, powerful and grounded firmly in the Word. Those who attended, as well as those who watched online, were challenged and encouraged by what God continues to do through Florida Baptists.

Yeah, you knew there'd be a "however," right?

There seems to be an underlying frustration by some who attend. I first experienced this a few years ago at our national convention. I heard it spoken of last year in Orlando and this year a couple of the speakers addressed the issue.

It's a big issue.

This issue has the potential of derailing Gospel work in our state for generations to come.

This issue is much bigger.

IT'S THE DRESS CODE ISSUE 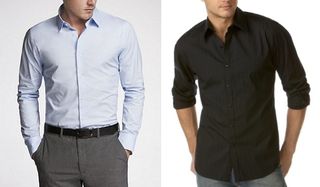 Denominational gatherings are not the only places this "issue" is discussed. Apparently, many of our churches still have debates on it. I would say that even churches that are seemingly beyond the issue get sidetracked at times.

Dr. Michael Orr, Pastor of the First Baptist Church of Chipley brought a wonderful message at the convention. About half-way through the sermon, it became clear that he was "wound up" and stepping away from the notes to share as God's Spirit was leading. I agreed with his frustration regarding those on both ends of the spectrum of "dress code." It was clear - both groups are right in their arguments, but wrong in their responses at times. We are sinning when the dress code becomes a divisive tool of the Enemy to keep the church from doing that which it is called.

I sensed he, like most pastors of established churches in our denomination, was facing a little "conversation" about this issue within his fellowship.

Dr. Kevin Ezell, President of the North American Mission Board, shared a powerful message on Tuesday evening. He shared of when he was pastoring in Kentucky. It was after their second worship service and before their third on a given Sunday. One of his ushers came to him greatly concerned. He said, "Bro. Kevin, I need to let you know of something pretty important. I don't want you to be alarmed, but there's a situation in the worship center. Sitting near the back. . .DON'T LOOK RIGHT NOW. . .but sitting near the back . . . there's a young man."

Kevin leaned in and said, "Yes?"

When Dr. Ezell said this, the congregation at the convention laughed loudly. Yet, among the laughter, there was the realization that this is not an uncommon situation. In fact, there were perhaps many in the congregation who had similar stories.

We laughed and yet, we know this seems to continue to be an issue for many.

Is it about defacing the place of worship? Is it cultural? Is it really about what we wear or something else?

These and other questions run through one's mind.

I looked around the room Tuesday and saw friends and pastors and laypeople wearing suits and ties, jeans, khaki pants, t-shirts, dress shirts, tennis shoes, dress shoes, and other varieties of dress. No one was dressed immorally. No one was dressed to draw attention to oneself. Yet, there was a variety of styles.

The teaching heard was powerful.

The worship was a sweet offering.

God was honored, I believe, in our gathering.

The worship was sweet and honorable.

I long for the day when the distractions of those things which do not matter are gone and God's church will focus on what truly matters. As I hear of 93 percent of south Florida being unchurched, my heart breaks. The many in our community who awakened this morning with no assurance of heaven, with no relationship with Jesus Christ, lost, separated from God and not even knowing it, cause me to grieve.

I believe we're close to moving beyond the dreaded "dress code" issue. It will be evident when we no longer have to speak about it during our sermons or parking lot conversations. It will be obvious when our conversations center around God, the Gospel and redemption stories.