davidtarkington.com
Home Archives Subscribe
What We Need from IMB President David Platt & What He Needs From Us
When You're Accused of Being Too Focused on Missions

Redemption of the Worshipper: Dennis Jernigan

Most likely, you know his songs. For years, churches have been singing songs by Dennis Jerinigan. Some of his most noted songs are sung in the church I pastor regularly. They are powerful and lead me to the throne of grace. Dennis has been called a modern-day psalmist. 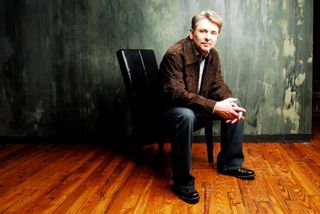 Dennis' journey begins in a small town in Oklahoma. An encounter as a five-year-old boy led him down a path of questions and confusion.

Prior to his surrender to Christ, he lived a destructive homosexual lifestyle. Like many, he sought friendships and relationships. This, as is often the case, led to more and more pain and loneliness.

God used true friends and music to lead him to peace. To God.

Jernigan says that through music, God changed him in ways he never could have imagined. He surrendered to Christ fully in his mid-20s and began a ministry recording music, sharing his story, and leading others to freedom.

It's a story of hope.

It's a story of redemption.

It's a true story and can be so many others' story as well.

A documentary of Dennis Jernigan's journey is available in full on YouTube. I've linked it below. You'll need to carve out time to watch, but it is worth it.

Some great quotes by Dennis. . .

In an instant, I was made a brand new creation. I don't identify myself as a recovering homosexual. . .never have, never will. . . I am signed, sealed, delivered, utterly, irrevocably who my Father says I am - a new creation.

Temptation defines nobody, so stop letting it define who you are Jernigan.

My past failures will no longer define me.

My present circumstances will no longer define me.

I'm not even going to define me.

I'm going to let my Father in heaven tell me who he says I am.