Pastors: Be Encouraged & Don't Come Down

TO MY PASTOR FRIENDS:

There will be times when you will distracted.

There will be times when the work you have been called to do will be sidetracked.

There will be times when, under stress from various places, you will want to quit.

There will be times when those who are opposed to you will desire to create busy work for you.

Look at Nehemiah and how he responded to such. . .

And I sent messengers to them, saying, “I am doing a great work and I cannot come down. Why should the work stop while I leave it and come down to you?” Nehemiah 6:3 (ESV)

There will always be a Sanballat and Tobiah. They may even be members of your church.

Just remember - "The wall cannot be completed if you keep coming down." 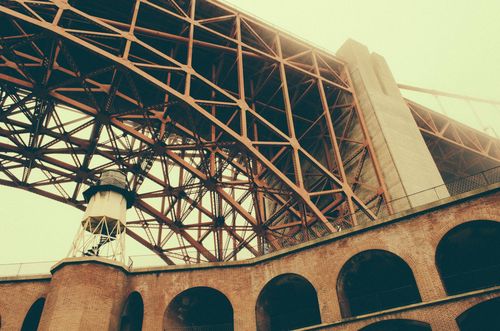 For years, comedians have garnered laughs by dressing up as the opposite gender. It's a comedy tool as old as the art.

Whether Milton Berle, Flip Wilson, Dustin Hoffman, Robin Williams or even Tom Hanks and Peter Scolari (Bosom Buddies) the dramatic and humorous move to dress men as women always seemed to work for a laugh.

Even in the church, this has happened. I remember a small group party that was held at our church where the men in the class put on a "talent" show dressed as some of the ugliest women imaginable. It was all in fun, and drew laughter, but as I reflect back. . .not exactly something that should be done in a church, or by Christians.

Over the years, the humor in this has dissipated for me. This is based on an incident years ago at a youth camp where I was serving, a meeting with a former transvestite at a ministry network gather, and the most recent trends in our culture regarding widespread acceptance of "alternative lifestyles" and the normalizing of such abherrant behavior and its impact on loved ones, friends and family members.

Years ago, I was given the task of creating a relay game at a youth camp. I had seen relays involving numerous students at camps in the past and borrowed a themed idea from a friend. I thought nothing of it, other than it involved dozens of students, was fun, messy and would fit our timeframe. The name of the relay was "A League of Their Own" and was based, loosely on the film with that name.

Each station in the race involved something to do with baseball and women playing it. So, one station had a designated male student who would be dressed in a women's skirt and ball jersey by teammates. The uniform was just thrown over his current clothes. Then the next station, this boy would have a wig placed on his head, a baseball cap and lipstick, all done by teammates who were blindfolded. This made it maddening and fun. The relay race went on and eventually the boy dresssed as a girl was swinging a bat trying to hit water balloons. There were other steps as well, but you get the idea.

After having the relay run, one of the youth pastors at the camp came to me concerned. Everyone else seemed to enjoy it, so his concern took me off guard.

He informed me that he had a young man in his youth group struggling deeply with gender identification. He had been abused as a young child and had numerous problems, but one was that he would often dress up like a girl and pretend he was someone other than who he was.

They were counseling him and his family. He was only about 15 years old. He was an outcast of sorts in the group, but even the other students showed concern for him and were working to help him personally and help him see the love that God has for him and the hope through Jesus Christ.

He was a long work in progress and then, at a Christian camp, we had a cross-dressing game for all to participate. It was a step backward and I never saw it coming.

"It was just in fun," I thought at first, but soon realized how the Enemy had warped even our game and good intentions.

MAN LIVING AS A WOMAN Another incident took place at our area network office. Pastors and church leaders gathered to hear testimony from a guest who had experienced an amazing transformation through Christ. This gentleman shared how he had struggled his entire life with same sex attraction. His story was not unlike many others I have heard.

He put a picture up on the screen of a beautiful woman and everyone in the room expected to hear how a story about his female friend. However, we were told that the picture on the screen was not of a woman, but of him. It was years old and was strangely amazing. The picture on the screen appeared to be a woman and when he dressed as such, he was very convincing. He shared how he would speak differently, walk differently, create the appropriate facade of anatomy and hide other distinquishingly male marks. His story was deep and eye-opening.

He then shared of his rescue by Christ.

It was clear, evident and true. However, as he shared, he was still being daily rescued from a false identity as he would often, as all believers do, forget who he was in Christ.

Within every alternative sexual lifestyle, there are variations. This is evident in the ever-growing acronym of LGBT to LGBTQ2IA and beyond.

So, to be clear, there are apparent differences in transvestites (A person who dresses at times in clothing identified as for the opposite sex. These are most often males dressing as females.), transgenders (One who identifies as the opposite sex than their physical gender, such as Laverne Cox), and transsexuals (One who has changed or who is in the process of changing his/her physical sexual gender to be the opposite.)

Then, there are Drag Queens, who are male entertainers and performers who do so as women (RuPaul, Dame Edna, Courtney Act and others.) There are "blurred lines" between these designations, no doubt.

IS IT REALLY THAT BIG OF A DEAL?

This is the question that often is asked and on the surface it seems that I'm just another Christian making a mountain out of a mole hill, another Christ-follower without a sense of humor. Believe me, there are many that fit that designation, but my concern goes deeper.

Cultural identifiers, such as television shows, movies, music and media emphases, reveals that this subject is not only mainstream (as evidenced by the Time magazine article about Laverne Cox, the popularity of "Orange is the New Black" and shows on LOGO such as "RuPaul's Drag Race") but to consider this issue as anything but normal will place you in a category of out of touch, hate-mongers who just aren't progressive. Even Facebook backtracked and apologized to drag queens after initially refusing their us of  character names as their Facebook names. Now, "he" can be "she" on Facebook with the social media giant's approval.

Culture shifts never happen overnight. It is always a slow turn. Then, when some declare the turn to be wrong, or most likely, the current state of things to be "too far gone" it is often too far gone.

Where Flip Wilson would don his Geraldine costume for a sketch on a variety show and your parents and grandparents laughed when he said "The Devil made me do it," we now find ourselves celebrating parents who dress their little boys up as Disney princesses and laugh when teenage boys are lipsticked, glammed up and made "sassy" by their girl-friends (not to be confused with girlfriends.)

And, in this case, the slow turn now leaves us asking "When did this shift take place?"

When it comes to male and female, each person is created intentionally and strategically in the image of our Holy God. Males with a distinctly masculine heart. Females with a uniquely designed feminine heart. Both as image-bearers of God.

A woman shall not wear a man's garment, nor shall a man put on a woman's cloak, for whoever does these things is an abomination to the Lord your God. Deuteronomy 22:5 (ESV)

The word "abomination" draws much ire from the tolerance police. The Hebrew word translated to "abomination" means "a disgusting thing, abominable, a wicked thing as it relates to rituals and ethics." So, this is a very strong word.

To be clear, and to avoid the legalistic understanding often attributed to this verse that has led to a proliferation of jean skirts and button down shirts, this verse is not about a certain item of clothing (i.e. women wearing pants) but about women dressing in such a way as to present themselves as male and men dressing to present themselves as female.

Appaently, even when the intent is just the punchline of a joke, these are things to be avoided. You never know when there will be a young man or woman struggling with personal sexual identity who may end up even more confused through this.

For more on this subject from a biblical perspective, check out this article on GotQuestions.org.