davidtarkington.com
Home Archives Subscribe
The Constitutional Battle In Houston - The Camel's Nose Is Under the Tent
Redeeming the Four "B"s in the Western Church (Budgets) - Part 2

BUILDINGS – In the western church, the size and modernity of church facilities often become elements for grading a church’s success. In full disclosure, I pastor a church with a nice facility, though dated. We have education space, a gymnasium and a worship center large enough to hold at least 1,200 people. However, I cannot claim any “points” for these facilities in that they existed before I became pastor. I have been to church facilities that cause me to repent of envy and jealousy. The truth is there are always bigger buildings, more high tech facilities and nicer spaces. I know church planters who long for a permanent facility, if for no other reason than to be able to cease the weekly set up and tear down necessary for services. 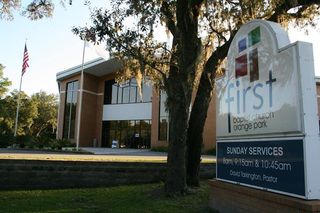 However, it should be noted that a permanent facility does not necessarily equate to a healthy, missional church. There are numerous church facilities in my city and others throughout the nation that stand as monuments to by-gone days of effective ministry. The buildings are now fully paid, and yet the church is far from healthy. In some areas, most notably in Western Europe, but even here in the United States and Canada, church facilities are closing. Buildings, even fully paid off facilities, are not necessarily a sign of health.

The natural tendency of churches is to protect their facilities. Since it is the church who decided to build and fund the facilities, it’s expected that a sense of ownership would develop. The downside of this is the fact that a church that owns it’s buildings will have great difficulty living missionally.

A number of years ago, we began looking at our facilities differently. The understanding that the facilities we own belong first to God became the missional underpinning for redeeming this area. Without compromising the Gospel or our function as God’s church, we began to offer our facilities, free of charge, to community groups in need of space. Over the years we have allowed children's and youth organizations, cancer support groups, fishing clubs, chess clubs, ESL classes, school groups, choirs, bands, sports teams, cheerleaders, and many others use of space. This is an administrator’s nightmare, but it soon became obvious we could do no less.

RESPONDING TO A CRISIS

It was in October 2009 when crisis hit our community. A young, seven year old girl was kidnapped and brutally murdered. Our community was in shock. Hundreds of people volunteered to search for her when her abduction was first announced. Our sheriff’s office contacted the church to ask if we could loan them our bus and van in order to transport volunteers as we combed the area in search of clues. We did so without question. Unfortunately, it was soon discovered that this little girl, Somer Thompson had been murdered. Her body was soon located. After meeting with the family members, we offered our services as a church. Since they had no church home our offer was simply “If you will let us be your church during this time, we will. No strings attached.” Through this offer a friendship developed between Somer’s mother, grandparents and members of our church. We were able to minister to this family and the community during this time. Our facilities were offered to house the community visitation and the funeral for the little girl who immediately became family to all in our community.[i]

First Baptist Church of Orange Park was not the first church placed in a position to minister to a community in crisis. It will not be the last either. Crises will come. The response of the missional church in such a time will open doors for Kingdom work. John Ortberg gives wise counsel in the Winter 2011 issue of Leadership Journal relating a church’s response to community crisis. Crisis is a temporary opportunity for a permanent gift. A crisis can be an opportunity for growth, but only if the church responds correctly. Ultimately, numerical growth is not even on the radar, nor should it be a goal when responding to a crisis. However, personal spiritual growth of the church is natural through these times. When a crisis occurs, the spiritual antennae of people go up. People are praying. Even people who never pray, begin to pray. They hold and attend vigils. When 9/11 happened, churches were full. People were united and seeking spiritual connections. Then, as in every case, the crisis fades (at least for those not directly affected) and spiritual urgency fades along with it. The church's role during the crisis is to, through love, help people discover how to make changes that will outlast the crisis.[ii]

As I was walking from my office to the worship center in preparation for Somer’s funeral, one of our deacons came along side of me. Looking at the parking lot filled with dozens of sheriff’s deputies and city police officers, news trucks from around the state, reporters seeking interviews, hundreds of citizens in our community lined up to attend the service, teachers from Somer’s school being bussed in on our church bus and the family coming in seeking answers, he said to me, “So, this is what missional looks like?”

He was right. The question of building use and facility availability was never in question. We had answered that question years prior. Our buidlings, our vehicles, our property is not ours. We are just stewards of God’s resources.

This is a difficult shift for many church members. For church planters, it is wise to begin with this presupposition. Even when there are few resources “owned” by a new church, it is healthy to understand that none of it belongs to the church. Resources (i.e. chairs, sound equipment, lighting, nursery equipment, etc.) are not items to own in order to grade health, but items on loan for the sake of the Gospel.