davidtarkington.com
Home Archives Subscribe
Pastors: Be Encouraged & Don't Come Down
Ever Wonder If You're Really a Christian?

Vote "NO" on the Florida Pot Amendment

This prayer guide has been provided to pastors in the Florida Baptist Convention to share with our congregations. I share it via this posting in its entirety. I have great concern over Amendment 2 (Florida election) being passed (the "Marijuana Amendment".) Please vote NO on 2 and encourage others to do so as well.

On Tuesday, November 4, 2014, Florida Baptists will have a unique opportunity to exercise their responsibility as Christian citizens to make their collective voice heard on the issues and candidates.  Fortunately our hope and trust is not in the results of elections! And the reality is that the spiritual and moral issues facing this nation will not be resolved in the White House, Congress, the Supreme Court or even in the state Legislature. What the United States desperately needs is another Great Awakening!

“The Church must experience a revival that awakens her to the life-changing power of Jesus Christ in her midst,” declares David Butts, chairman of America’s National Prayer Committee.  “Such a spiritual awakening within the people of God has the power to bring about true cultural transformation in this nation.”

Of great concern is the proposed Amendment 2 on the November general election ballot which seeks to bring about is unnecessary cultural change to Florida.  It is the so-called “Florida Right to Medical Marijuana”  This proposed “Medical Marijuana” law is a proverbial “smoke screen” which seeks to legalize marijuana by making it available to anyone and everyone who does not have medical needs.

It is imperative that Florida Baptists vote to defeat Amendment 2!

Check out additional resources available on the website: www.DontLetFlGoToPot.com 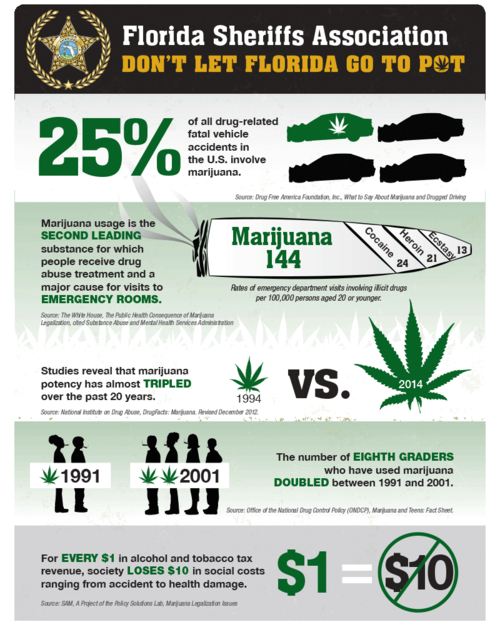 Also share with your church members the highlights of the following

We Need to Pray Now

As you pray through this brief guide to the elections, there are several ways you can maximize its usage:

Seven Ways to Pray for America

1. The Church—The Church is often relegated to the sidelines, considered irrelevant and out of touch. Though we sometimes deserve that critique, God has a completely different perspective on what His people are to be and how we are to function. In Ephesians 3:10, the Apostle Paul writes, “His [God’s] intent was that now, through the church, the manifold wisdom of God should be made known….”

Though seemingly powerless in the eyes of the world, the Church—through righteousness, prayer, and the power of the Holy Spirit—releases the wisdom of God into any and every culture. Pray today for the Church in America, that:

2. The Voters—The Great American Experiment in representative government for more than 200 years has depended upon voter involvement. From the very beginning of our nation there has been debate on who should be allowed the privilege of casting a vote to select our governmental leaders. The weight of history has increasingly opened the ballot box to more and more individuals.

This requires an educated electorate who will examine the issues and the candidates and vote in a way that is best for the nation, not just their own well-being. Much prayer is needed for this critical process. Pray today for voters in the United States, that:

3. The Candidates—In the early years of our nation, it was thought to be in bad taste to even be seen wanting an office, much less actually campaigning. Oh, how things have changed! Now candidates for public office, especially at higher levels, put themselves and their families through a rigorous process that brings every aspect of their lives into public view. It has become so intense that many good individuals have chosen not to endure the sort of public scrutiny that is an integral part of the campaigning process today.  Praying for candidates does not mean praying just for those you agree with or support. All are leaders and potential leaders in our nation—and as such, all need our prayers. Pray today for candidates for office in the United States, that:

4. The Media—In our day of 24-hour news coverage, the media have taken on a huge role in our election process. Handling media correctly sometimes seems to take precedence in a campaign over actually dealing with issues. The media themselves often forget their role of informing and reporting and have become endorsers and supporters, even while they try to deny that role. Increased prayer for the media is an essential way for Christians to impact an election. Pray today for the media in America, that:

5. The Impact on the Nations—In our rapidly shrinking world, what happens in one country has an effect on others. This is especially true for the United States. The individuals who hold the presidency and Senate and Congressional seats will make decisions that impact the rest of the world. Whether those decisions help or harm the people of the world is largely determined by the choices that Americans make at the polls. We need to pray that our choices will serve to bless the world. Pray today for the election and its impact on the world, that:

6. Spiritual Warfare Surrounding the Elections—Nothing is achieved in the Kingdom of God without warfare. That includes the election of righteous individuals to the leadership of one of the key nations on the planet. As we pray, we must expect the enemy to attack in many ways. There will be attacks on candidates and their families, on the media, the Church, and perhaps the nation itself. Some will be clearly spiritual, while other attacks may have physical manifestations. Our call is to have great discernment as we pray and stand in the strength of Christ’s victory. Pray today around the spiritual warfare issues involved in the election, such as:

7. The Purposes of God—Ultimately, whatever the area of prayer emphasis, we must always come back to the purposes of God. Jesus taught us to pray, “Your Kingdom come, Your will be done, on earth, as it is in heaven” (Mt. 6:10). As we pray for something as important as national elections, we must lay down our own desires and take up the desires of God. What we really desire is for the Lord’s purposes to be achieved in and through our nation. All of our requests must be couched in words and thoughts that focus our hearts on the Kingdom of God. Pray today for the purposes of God to be accomplished in the U.S. elections: