davidtarkington.com
Home Archives Subscribe
Guest Blogger Ashley Tarkington: "My Journey From PK to Child of God"
Gay Men & Soccer Moms: A Target Audience That Reveals Much About the Times

The top selling book in 2012 was Fifty Shades of Grey. No doubt you have heard of this multi-million seller, but in case you haven't, here's Amazon's description:

When literature student Anastasia Steele goes to interview young entrepreneur Christian Grey, she encounters a man who is beautiful, brilliant, and intimidating. The unworldly, innocent Ana is startled to realize she wants this man and, despite his enigmatic reserve, finds she is desperate to get close to him. Unable to resist Ana’s quiet beauty, wit, and independent spirit, Grey admits he wants her, too—but on his own terms.

This book is intended for mature audiences.

Why do I bother writing a post about a book that I've never read? Some would say that must read it in order to give an honest account of the material. I guess that would be true if I were writing a review based on the character development, writing style or flow of the story. I am not. In those cases, the book may very well be good. I'm more concerned with what the runaway success of this and other books in the "erotica fiction" category say about our community and culture.

What truly baffles me is how women (the primary target audience of the book) who post their daily devotional thoughts, attend their weekly Beth Moore studies and serve in the body of Christians have simply added this book and others like it to their regular reading regimens.

While it is no secret that pornography has a foothold in the lives of many men, evidenced by the vast number of websites dedicated to the subject, the best-selling status of erotica fiction reveals that women are not immune to this attack.

Tim Challies shared recently on his blog about the realities that Fifty Shades unveils about our culture. He lists them as. . .

Click here for the link to Tim's full article.

Why is Fifty Shades of Grey back in the news? Because on Valentine's Day the film will be released. This film will likely make millions and some are predicting it will push American Sniper out of the number one spot, which is likely since Sniper has been showing for weeks. 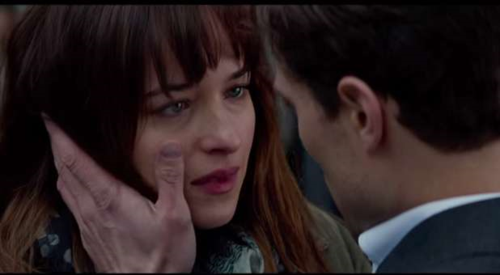 However, the pushback against this film is not just latest effort from Christians who like to boycott everything and preach about how much they hate everything. In this case, there is a heightened effort by groups such as the National Center on Sexual Exploitation (NCSE) developing campaigns against this and other like films. They state this. . .

I know, I know, it's just a movie (or book) but the wise person will see it for its fullness.

As Michael Medved said years ago, and I paraphrase, "There are no accidental messages portrayed in Hollywood blockbusters. There's too much money involved for unintentional messages to be prominent." That means that under the guise of entertainment and artistic creativity, the bottom line is the bottom line. This is about money and Hollywood knows "erotica sells."

And, here's a reality as well. The fact that I'm even blogging about this often creates more interest than otherwise would be shown. You know the old adage - "There's no such thing as bad publicity." This happens all the time in the film industry. Just look at how trending the film The Interview was based on the North Korean threats, and from all accounts, it wasn't even a very good movie. . . but almost everyone was talking about it.

I'm not declaring the need for an organized boycott. I don't think there's value in Christians picketing movie theaters. I do think there is value and need for Christ-followers to be aware of how the Enemy attacks. We live in a culture that celebrates sex, as long as it's outside the bounds of biblical marriage. Even Christians struggle with overt justification of sin and fall into the lies of "It's just a movie, or book." It's much more. It's a window into a culture that has heard the lies for so long, they sound like truth.

So that we may no longer be children, tossed to and fro by the waves and carried about by every wind of doctrine, by human cunning, by craftiness in deceitful schemes. Ephesians 4:14 (ESV)