What Churches Commonly Fail To Do

Earlier this week I was asked to lead a Breakout Session at one of our state's denominational regional evangelism conference. I was asked to speak on how churches can stay engaged to reach those in their communities. 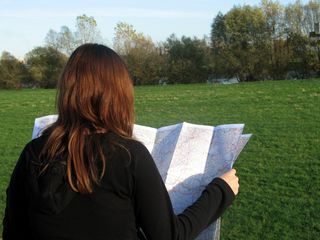 I struggled with a title for the session and was glad I was given the opportunity to explain what it was about prior to beginning. We know in the western church, especially in the United States, there is a definite trend away from being connected to a local church and attending regularly. Carey Nieuwhof recently posted on his blog an article titled "10 Reasons Even Committed Church Attenders are Attending Church Less Often." He touched on an issue  just about every pastor I know is having to address. Those who aren't addressing it may just be living with blinders on, or could possibly be the anomaly in the church-world.

The title I ended up using for this session was "Reaching the People Near You Who Actually Exist." Honestly, I don't like the title but I couldn't fit "Be Sure You Know Your Community and Stay Up-To-Date On Changes and Open Your Eyes Every Now and Then Or You May Be Closing the Doors of Your Church In the Near Future."

This session was primarily about neighborhood mapping. Though I didn't have enough time to cover all of the info, here's the gist. Church leaders should take this to heart.

An oft-quoted question has been asked over the past few years by pastors and church leaders seeking to live missionally and direct their churches to do so as well  - "If your church ceased to exist today, would your community notice?" - Pastor Rick McKinnley, Imago Dei, Portland, OR.

"If your church ceased to exist today, would your community notice?" - Pastor Rick McKinnley, Imago Dei, Portland, OR

Relevance in ministry is sometimes scoffed upon. It’s a word that causes people to bristle and push back. Some pastors and leaders will say things like “The Gospel is always relevant” as if that justifies a poorly organized and weak strategy within the local church to fulfill the Great Commission. No one is saying that the Gospel is not relevant (at least not here) but we must come to grips with the reality that sometimes we seek to reach people who simply do not exist. If your church is not making a dent in the culture nor reaching those in the area of your footprint, the sad reality is that you, as well as those reaching many, are perfectly organized and positioned to reach those you are reaching. In other words, while the Gospel is always relevant, your strategies may not be.

We must come to grips with the reality that sometimes we seek to reach people who simply do not exist.

In Dr. John Fuder's book Neighborhood Mapping he states "In a world that is constantly moving and changing, it is imperative that the church not only know how to interpret the Bible but also how to engage with and and adapt to those for whom the gospel message is addressed."

He speaks of the necessity to continually exegete the community where one serves. Otherwise, we become stagnant and continue to produce events, programs and mission engagement for the people who used to live there, rather than those who now do.

The longer you are in a certain place, the less you see.

As has been stated in various venues, the world is coming here, to the United States. In a sense it always have, but the numbers are quite staggering in today's culture. Our neighborhoods are in a continual state of change. In many cases, the local church is overwhelmed and unable, if not unwilling to respond.

This is why mapping one's community on a regular basis is vital.

"A map is the fieldwork out of which strategies can be formed." - Caleb Crider, IMB & Co-Author of Tradecraft.

Here are some basics on mapping one's community (more details may be found in the book Tradecraft: For the Church On Mission.)

A Theology of Mapping

In the 1960s urban planner Kevin A. Lynch conducted an extensive study and developed the five elements of a city or community, which are still vital for mapping today. These elements are:

I'll break these down briefly here.

Paths are important because they limit an individual’s experience of the city and shape his perspective of it. If you want to relate to someone, follow his paths. People tend to only know the areas along their paths. This shapes his understanding of the community. Church leaders may travel the route from home to church often and therefore, miss the community between. Over time, the community may shift unknowingly to the established church. This is why church plants often attract people where established churches are, simply because they hit what others miss or cannot see.

The paths one travels leads people to believe a city or community is a certain way or demographic, but that may be skewed to reflect only the areas around the paths.

Alternate routes can reveal a new-ness to a community previously unseen.

To know your community, you must know the paths people travel.

These can be streets, sidewalks, trails, subways, bus routes, etc.

These are strategic spots in a community where people may enter and allows for interaction. It is a place of intermingling, but it is not intimate and people are often guarded (holding onto their purses or belongings tightly, looking straight ahead, not communicating with others, etc.)

Nodes are important for gaining cultural insight because they provide the opportunity to observe how people interact or avoid interacting (mall watching.)

Businesses use these places – billboards are placed here, signs, people spinning signs,  news stands, etc. These tend to be busy places. This is where flyers can be distributed, but normally no good one-to-one communication will occur. Prior to social networking, these were the promotional spots. These areas are not good for long conversations, but good for information distribution.

Most community dwellers develop a sense of identity around the district in which they live, play or work. Each district has a reputation in the larger community. Jacksonville is a city of districts. The surrounding bedroom communities are as well. Districts are perceived differently based on your audience.

You may live in Jacksonville, but that's not descriptive enough. Where in Jacksonville? Are you in the Southside, Westside, Riverside, Beaches, Northside? If you're in a suburb, where exactly? St Johns, Fleming Island, Middleburg, Yulee, etc.?

Then within each area are sub-districts that have their own identities. This is the first place I have ever lived where people are actually very proud and identify themselves not only by city, town, or community but by sub-division. It seems strange to celebrate a builder's planned community, but you'll see license plates and bumper stickers identifying such.

Each population segment has its own subculture, language and rules that present barriers and bridges to the spread of the Gospel.

These may be the most disregarded elements by churches. Edges create barriers that are not impossible to cross, but improbable. These may be any of the following. . .

Until I acknowledged this, I could not understand why people near where I live had no understanding of where my church is located and mostly, would not visit. Then, I looked at these elements and realized that there are at least three divided highways, a railroad track, a body of water and a bridge between my house and my church. Edges. Not impossible to cross, but for those with no reason to do so, improbable.

When in your town, what do you use to tell people how to get from point A to point B? What about on how to get to your church? In many cases, our verbal directions do not include all the street names and compass directions, but do include landmarks. You know, "Turn by the donut shop." and the like.

Landmarks may be anything that the community knows.

In Orange Park, where I live, it was the Dunkin’ Donuts. I’d tell people to "Turn at the Dunkin’ Donuts, drive a mile or so, go over the railroad tracks, past the park on the right and turn left by the Animal Hospital."

We all use landmarks.

Use yours to your advantage.

Spiritual mapping is vital and most important. Prior to you planting or serving in your community, God has been at work.

To effectively evangelize your mission field is to first acknowledge that God has tilled the soil.

Follow His map and work where he has already done the heavy lifting.

Tradecraft: For the Church on Mission by McCrary, Crider, Stephens & Calfee

Neighborhood Mapping: How to Make Your Church Invaluable to the Community by Dr. John Fuder