davidtarkington.com
Home Archives Subscribe
Why You Need to Be A Member of a Local Church
We Engage Those We Love

Love Is Love? Love Is All You Need? Really?

It's a word that everyone knows and says they understand, yet there are over 12 meanings of the word in the dictionary, and that doesn't include the verb usages and idioms. The word is LOVE. 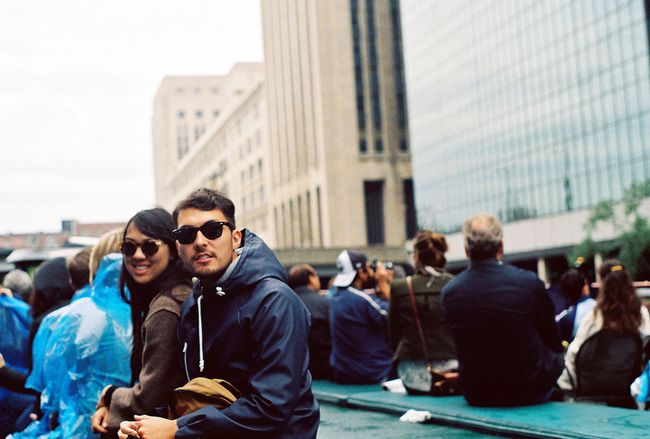 From "All you need is love. . ." to "Love Wins" to the trending #LoveIsLove, the concept of love is something that has gripped humanity since the beginning of time. Even in the Garden of Eden love between Adam and God and then with Eve reveals the amazing power of the word.

Love Is A Choice

I remember talking with a friend a few years back about some things going on in his marriage. He said what so many have said over the years to me when seeking to justify their desire to get out of a relationship. He said, "I'm just not in love with her anymore." To which, in my caring, grace-filled, mercy-laced way I responded, "Bull!"

You see, love is more than a feeling. Even Boston knew that (vague 1970s rock music reference - look it up.) Love is a choice.

A few years ago, Rob Bell authored a book that took on a life of its own in social media and among Christian circles. The book is titled Love Wins and even prior to being published, it was a best-seller in pre-orders. This was primarily due to Bell's controversial book promo online.

Bell is an incredible communicator and his church in Michigan was a popular mega-church. His Nooma videos had been used in churches for years and there was no denying his ability to draw in an audience through his teaching. Yet, something about the message conveyed in Love Wins (which is a title that millenials love) was off-center. In fact, it was clearly unbiblical and now with Bell's most recent statement about the irrelevancy of the "ancient writings" known as God's Word, the Holy Bible, Bell's belief system has been laid bare.

Yet, what's more unfortunate is that many in our fast-moving culture still wave the banner of "Love Wins" as if it means nothing matters ultimately, but love (but what definition of love?).

Love Is All You Need

The Beatles said that all that is needed in life is love. John Mayer says that this is a lie.

Again, the question is "What definition of love?"

Now, the trending video on YouTube and on social media is from the Ad Council and features images of skeletons embracing, holding hands and kissing, only to have the people come from behind the screen to "shock" the audience as to who they really are. The message is that love is not defined by race, age, disability or even gender. . . since it's all love, right?

But "love is love" is a phrase that provokes responses while doing what every English teacher in my life told me I could not do - use a word to describe the same word.

The underlying false message of this video, and subsequently many in our culture, is that love must come with full affirmation.

Nevertheless, once you strip away personal justification, political positioning and theological word-play, the reality is that true love is what ever human being is truly seeking.

True love is that which is selfless, unconditional and permanent.

God revealed the elements of this type of love in Paul's letter to the Corinthian church. . .

Love is patient and kind; love does not envy or boast; it is not arrogant or rude. It does not insist on its own way; it is not irritable or resentful; it does not rejoice at wrongdoing, but rejoices with the truth. Love bears all things, believes all things, hopes all things, endures all things. Love never ends. As for prophecies, they will pass away; as for tongues, they will cease; as for knowledge, it will pass away. For we know in part and we prophesy in part, but when the perfect comes, the partial will pass away. When I was a child, I spoke like a child, I thought like a child, I reasoned like a child. When I became a man, I gave up childish ways. For now we see in a mirror dimly, but then face to face. Now I know in part; then I shall know fully, even as I have been fully known. So now faith, hope, and love abide, these three; but the greatest of these is love. 1 Corinthians 13:4-13 (ESV)

Love Is Not Possible Apart From God

That sounds very limiting and intolerant, but based on John's word in his third letter, the very nature of God is love - the ultimate, perfect, agape love and apart from knowing Him, true love remains elusive.

Anyone who does not love does not know God, because God is love. 1 John 4:8 (ESV)

Therefore, if you do not know God through Jesus Christ, you cannot fully love.