davidtarkington.com
Home Archives Subscribe
What Churches Commonly Fail To Do
Can We Just Erase the Church Calendar & Start Over?

We Don't Need Easier Access to Liquor in Florida

As HB 107 makes its way through the Florida State Legislature, great concern is being raised among those in the state, not just in the Baptist church world, but also among law enforcement about potential issues. HB107 is the bill that would open sales of alcoholic beverages in local grocery stores and drugstores in ways to make the items more accessible to consumers.
Numerous county sheriffs have openly opposed the bill. Walton County Sheriff Mike Adkinson went on record by stating “I haven’t heard anyone complaining about finding a convenient place to buy liquor, but I have heard that in states where this legislation has already passed, law enforcement is now having to combat rising incidents of theft and illicit underage drinking inside the stores themselves.”
Sheriff Rutherford of Duval County, Sheriff Demings of Orange County as well as others throughout our state, have voiced their opposition.
As a chaplain for our local police department and pastor of First Orange Park, I oppose the bill. This is more than just the typical “Baptist being against drinking.” I oppose this for numerous reasons. First, the shift is not needed. As Sheriff Adkinson stated, there is no one struggling in our state to find liquor. It is readily available, and in my opinion, too available. This is nothing more than a money issue and while I do not fault businesses for seeking increased profits, in this case, I sense too many red flags. 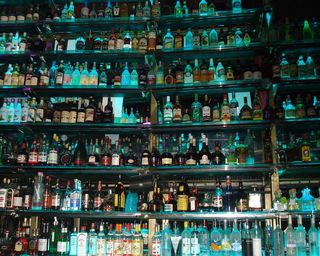 Apart from my personal conviction regarding the partaking of alcoholic beverages, the changes proposed in this bill would provide even more access for underage adults,  teenagers and children. To believe that stores would police this well and guard against this at a level needed, is a pipe dream. It will not happen. In many of these stores, young people work the registers and while this may be occurring now, to have a 16 - 20 year old responsible for “carding” customers for hard liquor sales leads to higher possibilities for underage purchases. Of course, some would say that is happening now and it’s been happening for decades. That is true, but that does not mean just because underage drinking is happening that it is a good idea to make the purchase of such more readily available.
As a pastor, I will recommend others to oppose the bill. As a police chaplain, I will do the same for reasons listed above. There is no reason to add potential issues for our area's police officers and deputies regarding this issue.
I believe that most likely this bill will pass. As the culture continues to shift rapidly, to have this bill stopped would be a surprise, but this is not a statement of lack of faith. I have ultimate faith in God, just not so much in legislators and others who tend to shift as the political winds blow.
I encourage every Florida resident to contact their representative regarding this bill, and as you can tell by my posting here - encourage your representative to oppose this bill's passing.
Click below to find your representative. . .