Jenner Breaks the Internet. How the Church Should Respond

While I'm not sure if the internet really breaks, it is evident that a few celebrities have attempted to do so through the creation of trending stories, personal revelations or photographs that either push the boundaries of decency or are so compelling that not looking at them is very difficult. 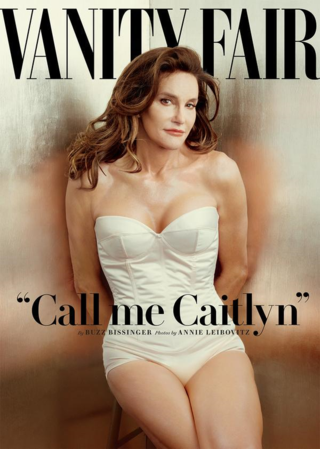 The latest "broken internet" attempt landed today in the image of Vanity Fair's cover featuring Bruce Jenner, now going by Caitlyn Jenner. Of course, now the young, single mom who has been on Twitter since 2013 named Caitlyn Jenner is likely getting a ton of hits online.

Bruce's "coming out" as Caitlyn is trending and the vast majority of tweets and comments speak of "her" bravery and the fact that anyone who speaks negatively (or what is perceived as negatively) against Bruce/Caitlyn will be publicly shamed (or at least through social media.)

Like many of you, I remember Bruce as the Olympic athlete who was featured on the Wheaties box for years. I remember his attempts at acting. I even watched him star in "Can't Stop the Music" with The Village People when it was edited and aired on one of our local television channels. I was too young to understand the gender jokes and had no idea that The Village People were gay men dressed as masculine stereotypes targeting the gay disco audience. Apparently, the innocence of youth just led me to believe these were singing action figures. By the way, the movie was terrible.

After years of Jenner basically disappearing from pop culture, only to be thrust back into the limelight and the front pages through the reality show featuring his family, he now is once again the most popular celebrity in the nation. His personal story of gender identity and coming out as transgender led to almost 17 million viewers and a Twitter storm of support.

How the Church Should Respond

I sit here in upstate New York today, in a city that began celebrating it's annual Pride Week. Rainbow flags adorn just about every light post and flagpole in the city as celebrations and parades are planned each day. The week is sponsored by a local bank and corporations are taking advantage of the organized celebrations in order to reveal their acceptance of diversity and. . .well, ultimately, to make some money and earn good PR in a community that is very open and tolerant.*

The question of "How the church should respond?" leads to varied answers. Some say that the only right answer is to affirm everyone. Some state that the church has no need to respond and should just keep silent. Others respond with hatred and anger (which, by the way, is not the recommended or preferred response.) Still others seek to discover how to remain firmly grounded on the teachings of God's Word, show love truly and yet not affirm that which is deemed as outside God's design.

Dr Russell Moore, President of the Ethics & Religious Liberties Commission penned a winsome article on this very subject not long ago. His full posting can be read here, but here are some poignant highlights that churches and believers should take to heart. . .

First of all, we should avoid the temptation to laugh at these suffering souls. We do not see our transgendered neighbors as freaks to be despised. They feel alienated from their identities as men or women and are seeking a solution to that in self-display or in surgery or in pumping their bodies with the other sex’s hormones. In a fallen universe, all of us are alienated, in some way, from who we were designed to be. That alienation manifests itself in different ways in different people.

But neither should we fall for the cultural narrative behind the transgender turn. This narrative is rooted in the ancient heresy of Gnosticism, with the idea that the “real” self is separate from who one is as an embodied, material being. Body parts and chromosomal patterns are dispensable since the self is radically disconnected from the body, the psychic from the material.

The old Gnostic heresy is joined with contemporary expressive individualism—the idea that I must be true to whomever I perceive my “real me” to be on the inside in order to be “authentic.” This is what leads, in other news of the week, some parents to “transition” the gender identity of their child at ages as early as four years old.

The connection to Gnostic beliefs is important to note. The Gnostics are not a newly formed group and neither is Gnostic ideology. This false belief system was strong during the days of Paul and the New Testament church. It was and is a false gospel of self-focus that strips away the truth of God's Word and replaces it with a cheap imitation.

The Hope for Jenner

While many are celebrating his "bravery" in revealing his "true identity" the fact of the matter is that the only hope for Jenner is the only hope for you and for me as well. The hope for life, for joy, for the fullness of identity as God's image-bearers is not found in making changes and behavioral or even physical modifications on our own in order to discover our "true selves." Our hope is solely in Christ. That's the simple message of the Gospel and yet, it is clear why the Enemy attempts to discredit that.

Dr. Moore states it this way:

The hope for Bruce Jenner, and for others like him, is not to alter the body with surgery or to flood their systems with hormones. The answer is to realize that all of us are born alienated from what we were created to be. We don’t need to fix what happened in our first birth; we need a new birth altogether.

The church's message to Jenner, and to everyone else on the planet is that Jesus Christ is real. He is the only way. He is the truth and life.

When it comes to gender, though some now argue that there are up to six genders (due to chromosome mutation and intersex people), there are truly only two created genders - male and female. God has created each gender in His image. Males given a masculine heart and females a feminine one. Both are eternally valuable to God and He has designed and wired us for His glory.

We should stand for God’s good design, including around what Jesus says has been true “from the beginning”—that we are created male and female, not as self-willed designations but as part of God’s creative act (Mk. 10:6). - Dr. Russell Moore

The Questions for the Church

Are we willing to love without affirming?

Are we willing to suffer with those who are suffering?

Are we willing to seek God through the challenges of culture and life?

Are we willing to NOT compromise our biblical convictions?

We must be more concerned about broken lives than breaking the internet.

We must stay focused on the One that can heal the brokenness.

*Just for clarification, tolerance is now seemingly a one-way street. In other words, those who wave the banner of tolerance affirm that reality only when it agrees with pre-conceived positions. Therefore, there is no tolerance for opposing views. . . which, by definition makes this version of "tolerance" intolerant.