Prayer - No Longer the Last Resort: Part 2 - Thy Kingdom Come

Pastor Bob Roberts shared at a conference I attended a few years ago. His global missions network is vast and he interacts with believers who live throughout the world. It has come to his realization that while American believers speak of Kingdom and the Kingship of God, it is a paradigm shift from everything we have been taught as children.

You see, as Americans, we live in a nation that was founded with a rebellion to a king. From our perspective, this is a good thing. It’s a historical milestone and we celebrate the Revolution and the heroes who have become our Founding Fathers.

Our nature, therefore is to celebrate human independence and freedom and to push back against monarchies where there is a ruler or ruling class. Yet, when we come together as believers, we speak of the King of kings and Lord of lords, worshipping God and praying for Kingdom miracles to occur and for His Kingdom to flourish.

We do this – and we should – but, often our nature pushes against this.

In this summer series at First Orange Park, we are focusing on Jesus’ answer to his disciples when asked "Lord, teach us to pray." His response is the model prayer, often called "The Lord's Prayer."

So, Jesus instructs them and gives them a template for their prayer – that if implemented, would change everything.

In this message, we look at the second element given to us by Christ as our model for effectively praying and communicating with God.

Pray then like this:"Our Father in heaven, hallowed be your name. Your kingdom come – Matthew 6:9-10a (ESV)

One phrase – just half of a verse – yet, so impactful and powerful.

And often so ignored. 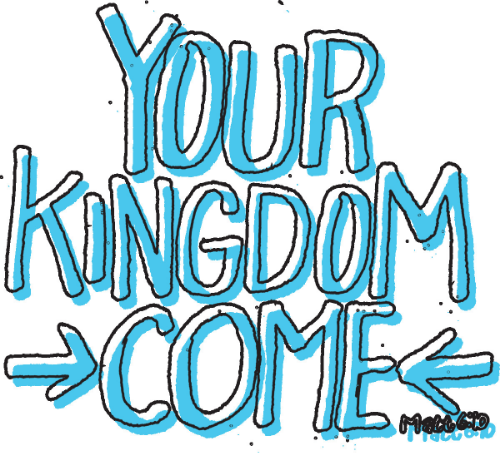