davidtarkington.com
Home Archives Subscribe
Should Christians Be Cremated?
The Problem With Gender Neutral Bibles & Gender Neutrality in the Church 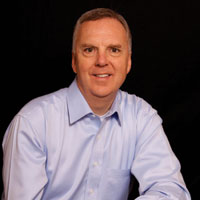 Last week, our State Board of Missions (full disclosure - I serve on this Board) voted unanimously to call Dr. J. Thomas (Tommy) Green, III as our new Executive Director-Treasurer (EDT) of the Florida Baptist Convention. If those titles seem confusing, suffice to say that Dr. Green will be the new leader of our state convention.

Dr. Green fills the seat vacated by Dr. John Sullivan, who retired after many years of faithful service to God and Florida Baptists.

Since Dr. Sullivan's announced retirement last year, the search committee that was formed has prayed and worked diligently to discover the man God was calling for this vital role. Over those weeks, numerous discussions have taken place between pastors, State Convention employees, and denominational leaders throughout the convention and some have shared their views via blogs and news articles.

Now, the day has come and Dr. Green will shift from his long-time leadership as pastor of First Baptist Church of Brandon to EDT. He is known and respected by many in our state, as evidenced by the unanimous call and the encouraging words being shared in different places.

There Will Be No Honeymoon

When a pastor begins serving in a new church, especially when it is a legacy church, there is most often a "honeymoon period" where the excitement is high and anticipation is great. These are good days and a time for adjustment, new leadership models and visionary exposition. However, when a leader steps into a new position and he is already known well (as is the case when an associate pastor is called to be lead pastor in a local congregation. . .or so I hear) there really is no "honeymoon." This is not a bad thing, but a reality of being known.

Dr. Green is known by all in the state convention and by many pastors throughout our state. Now that he is our new EDT, he is known by even more. His tenure at FBC Brandon was fruitful and God-centered. He has served in state elected positions numerous times and has been a solid voice for the Gospel and mission engagement throughout his community, the state and beyond.

There are terms we like as Southern Baptists. One is "bold" (anyone remember "Bold Mission Thrust"?) and another is "vision" (for without it, the people are unrestrained or perish, depending on your English Bible translation of choice.) Nevertheless, when Dr. Green was interviewed for the EDT position, he came with a plan and vision. It was more than a PowerPoint presentation. It was more than handouts with graphs. It was a prayer-covered vision that will drive our state convention forward in ways that have rarely been considered in the past.

With no disrespect to the plans implemented by past generations, the reality is that denominational work in this century looks differently. Whether voted upon or not, it is reality. The day when 90 percent of all Southern Baptist Churches looked identical within their buildings (same hymnal, same order of worship, same offering envelopes, same schedule, same bulletins, etc.) is gone. The joy is that while worship styles have changed, schedules have morphed and church meeting spaces have become more varied over the last few decades, the unchanging Gospel of Jesus Christ continues to change lives and we, His church, are privileged to be the avenue of choice by a sovereign God for sharing this truth.

Five years ago, the Florida Baptist State Convention voted to implement a financial shift relating to Cooperative Program gifts. The proposed 50-50 shift was deemed radical in that for the first time in our history, half of all receipts given to CP through Florida Baptist churches would go to the SBC while the remaining 50 percent would stay in the state. For the average church member, this was a foreign concept in that he/she likely had no idea how the funds were distributed. In most cases, many church members have no understanding of the Cooperative Program and how SBC churches cooperate for missions and ministry. I found this the case when a former member of my congregation accused me of having the Cooperative Program as my personal slush fund for gifting church planters and missionaries. I never had a slush fund before, but found it interesting that CP could be that fund. Nevertheless, that discussion is a posting for another day, but suffice to say, I was surprised at how few church members truly understood the CP. It was eye-opening and as pastor, I have to own that failure in communication and training.

After five years of moving incrementally toward 50/50, we are still not there and Dr Green has pledged to stop "kicking that can down the road" and with the ending of what has been deemed "shared ministry receipts" with the North American Mission Board (essentially, funds sent to NAMB and then returned to Florida to fund missions and pay staff) this assertion that we will be at this level of giving and generosity in our next budget is . . . well, bold.

As Dr. Green was sharing of his vision for the state convention, he dropped a bomb in our State Board meeting that very few saw coming. He has committed to lead not to just be at 50/50 in next year's budget, but to be at 51/49.

What does this mean? It means that Florida will be the first state convention that will give away more funding than it keeps in state.

It's just one percent, right? Yes, but when you're speaking of millions of dollars, that one percent is significant. It's not just a symbolic shift, though there is much symbolism of generosity here, it is a tangible shift that will essentially change how we are staffed and how we function as a state convention.

One search committee member shared wisdom when he shared with the Board to not take this lightly. This man is fully on board with Dr. Green's plan, but his warning of change was well heeded. This is not just an idea. It is a plan and it will be implemented. Therefore, when change comes in future months, there should be no one saying "I never saw this coming."

“I am proposing to you and will immediately begin the process with our State Convention team and with all of those who are part of the budget process to move us, not to a 50/50 budget, but to move us to a budget that sends more than we keep, to send 51 percent forward and to keep 49 percent in the state of Florida,” he said.

“We would be the first state convention” since the Great Commission Resurgence adopted by the SBC, Green said, “in a historic move and decision that stepped up and said, ‘We believe in reaching the nations for Christ.’ ”

To accomplish this, Green said his budget proposal will remove shared ministry receipts or negotiated funds from the Cooperative Program budget to represent a “true” 51-49 percent split.

“It may be that God would take a decision made by a state convention to demonstrate generosity in a way that has never been demonstrated before and [would] erupt an explosion of His grace and His glory.”

The ramifications of this shift are real. Employees at the state level know this. Pastors and State Board members understand this as well. Perhaps this shift alone is enough to validate my "no honeymoon" statement. Regardless, there is much hope in this shift.

It's More than a Money Issue

Dr. Green's vision is much deeper than a financial adjustment. His platform of growth features a strategy that will decentralize the hub of state work, regionalize staff and personalize mission with Directors of Mission and Pastors. He reemphasized an often stated truth that "churches plant churches" and as we seek to penetrate the darkness of our state and the world, a denominational focus on encouraging and equipping churches to replicate was received positively.

The People Need a Vision

I am proud to say that I stood in affirmation of Dr. Green's selection as the new EDT. I heard his vision and talked with him over dinner last week briefly about the shifts to happen. It will not be easy. He knows that. Some are declaring that this change will bring many millennial pastors into or back into the fold of the Florida Baptist Convention. I'm not too sure about that. I do know this, millennials (and older guys like me) are drawn to be a part of stories bigger than self. There is a desire to be involved and engaged in causes that make Kingdom differences. A vision alone will not change anything, but an absence of a plan is a plan for nothing and I am encouraged that Dr. Green has his eyes wide open and is seeking to move forward.

Some will cheer for the changes. Others will jeer.

There was a call for unity at our meeting, but the truth is that unity is a choice of the individual. We must be unified for the Gospel's sake, willing to change methods as needed to ensure we are faithful to the calling and the season which God has given.

Dr. Green needs our prayers and support. . .in that order. Prayer for clarity to ensure that he is hearing and discerning the voice of God. Prayer for his wife Karen, who as a pastor's wife has no doubt hurt with Tommy over the years and celebrated with him as well. This journey will be exciting and an adventure, but also painful at times and she needs our prayers as well as Tommy. Prayer that he'll abandon his fandom of the University of Alabama (Okay, just kidding.)

Support is needed as we journey forward. Dr. Green's plan will likely change as he moves through the new position. However, the basics as he laid out will likely not change much. In these areas, unless God reveals a better way, support (not blind support - even Dr. Green would push against that) is needed by pastors, staffers and Florida Baptist churches.

Someone told me last week that he doesn't see Florida Baptists as trailblazers nor as very influential. I differ with that assertion and truly believe that what happens in Florida will have a ripple effect throughout our denomination. My prayer is that it is a positive, godly, Gospel-centric ripple. I know that's Dr. Green's prayer as well.

There has been much change in our denomination over the past few years. Agencies, state conventions, associations and even local churches are seeking God's direction in how to remain salt and light in a culture that is speeding away from the Gospel. Yet, we know that God has not abandoned his church. He has not moved to "Plan B" for there is no such thing. These are challenging days, but I believe the best is yet to come.

To Dr. Tommy Green - be bold, be focused, be holy. We're in this together.