What's Next Now that Same-Sex Marriage Is Legal?

I'm on vacation this week, but have been emailed, texted and asked by friends and family what I believe is next for the evangelical church in America now that same-sex marriage is legal. Now, I'm not a prophet, nor the son of a prophet, but you really don't have to be in order to see some possible next steps as the cultural shift becomes even more mainstream.

CNN has posted a story titled "The Next Battle Over Same-Sex Marriage" and in this article, highlight some of the items that came to my mind initially.

While polls show that a majority of religious Americans now support same-sex marriage, many prominent groups -- such as the Catholic Church, the Southern Baptist Convention and the Church of Jesus Christ of Latter-day Saints -- do not. Leaders from those groups pledged on Friday to seek legal means to shield their beliefs from state interference. (CNN)

The term "battle" is being used more frequently and while there is a battle going on, my concern is that believers will tend to identify the wrong enemy. In truth, a battle has been going on since before the beginning of the human story. This battle is not new. It began before the Garden of Eden and continues with the same goal in mind.

In this stage of the "battle" some of the items that American believers have held dear for centuries are at risk. To believe that gaining the legal right to marry is the end-game in this cultural shift would be short-sighted.

I am not living in fear, but am facing the reality before us. Religious liberty, regardless what was weakly stated by Justice Kennedy . . .

"It must be emphasized that religions, and those who adhere to religious doctrines, may continue to advocate with utmost, sincere conviction that, by divine precepts, same-sex marriage should not be condoned."

. . .will be affected and likely lost in some cases. There is no way, based on what has been experienced recently, that churches and religious groups who hold to what is now called the "traditional marriage" of one man (born a man) to one woman (born a woman) will not be denounced and challenged legally. This is the next step and will happen.

When asked what will happen next by a family member, I answered, "The church's tax-exempt status in the US will be removed within five years." This has been the threat of anti-church groups for years and unfortunately, many churches sit idly by when social upheaval and injustice takes place until the tax-exempt status is challenged.

I believe this may well be inevitable.

Amazingly, this op-ed hit Time's website this morning declaring that now is the time to remove the tax-exempt status.

So yes, the logic of gay-marriage rights could lead to a reexamination of conservative churches’ tax exemptions (although, as long as the IRS is afraid of challenging Scientology’s exemption, everyone else is probably safe). But when that day comes, it will be long overdue. I can see keeping some exemptions; hospitals, in particular, are an indispensable, and noncontroversial, public good. And localities could always carve out sensible property-tax exceptions for nonprofits their communities need. But it’s time for most nonprofits, like those of us who faithfully cut checks to them, to pay their fair share. (Time)

LGBT Rights Will Continue to Trend 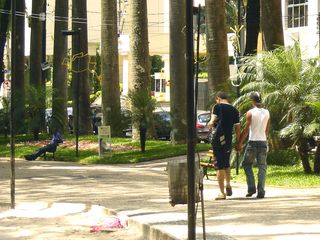 The rainbow flag is seemingly emblazoned everywhere now and #LoveWins is trending on Twitter (with a rainbow heart automatically added, so be careful to use this hashtag unless you're making a pro-same-sex marriage statement.) Corporations are jumping onboard the trending theme, likely for business purposes rather than simply a statement endorsing so-called equal rights.

Many parents are discovering that their children hold differing views on this issue than they do. This is not true in all cases, and the point could be made that parents and teenagers have differed on religious, political and social views for decades. Nevertheless, this is the "issue of the day" and the reality is the familial divide here is present.

It's trendy. It's safer. Everyone is doing it.

At least that is how it seems.

Teenagers and college students in my community are celebrating, as the LGBT community among young people and collegians here represents a higher percentage than other communities. It may make news when a professional basketball or football player comes out as gay, but most of our high school athletes know of a teammate who identifies as such. This is not out of the ordinary and is often celebrated.

Some parents are struggling how to relate to a child who now has "come out of the closet." Other parents are not struggling, but celebrating.

The times, they are a'changing.

Christian parents are working through these issues as well. The presumption that because a child grew up in the church, attended Sunday School and went on mission trips with the youth group does not preclude them from struggling with same-sex attraction and even acting on those urges. Believe me, the church is not immune to these issues.

For pastors to believe that the SSA (same sex attraction) issues are just for people outside their churches is foolish and short-sighted at best. Why would the Enemy spend all his energy and strategy on attacking those already distanced from God and His church? Of course, he seeks to steal, kill and destroy and attempts these things within the family of God.

Churches Will Be Sued Over Weddings

Our church (First Baptist Church of Orange Park) does not and will not host (as long as I am pastor) same-sex weddings or celebrations. Our pastors will not preside over such ceremonies.

I believe many churches will find themselves in court over this. In fact, this issue will be the one that removes the tax-exempt status and other religious liberties we have experienced for years.

I also believe that some pastors will preside over weddings, believing them to be heterosexual, only to discover after the fact that one of the spouses was transgender. Mark my words, this will happen. It will change how we direct pre-marital counseling. Pastors will now have to ask, "So, were you born the gender you now are?" before moving forward with wedding plans.

Churches Must Respond, Not React

In no way should a church condone homosexual behavior, nor affirm it as a "third way" or "how God has made some people." Any attempt to affirm that which God has declared unholy is wrong, whether it's homosexuality or any other sin (and there is no grading of sin here - just staying on topic.)

It must be admitted that for years, we (the church) have not responded very well. It appears that fear was a motivator and that led to emotions that were viewed and anger and hatred. Somewhere in the midst of this, young people in the church struggling with this sin heard "We hate you! There's no place for you here! You are an abomination!" and a generation has been lost.

Therefore, the church must be prepared to counsel people and family members with love. This may change how some church events are structured. No longer should churches room four guys together in a hotel on a mission trip. The same is true for girls. These will be addressed as the desire to continue allow students struggling with sin issues to attend camps and events, in that we desire them to hear and experience God in a way that will bring them rescue and clarity. Yet, this will not be easy. It really never has been.

As we lovingly seek to present the unchanging Gospel of Christ to a lost, separated and dying world, we discover that God is not shocked by the latest polling numbers, Supreme Court rulings and corporate and community political correctness. We also discover that God, with his grace and mercy that is overwhelming, continues to draw people to Himself, offering the free gift of salvation and hope.

What About "Gay Christians?"

Whenever an adjective is added as a descriptor to the name "Christian" the title is stripped of it's glory and weakened. When a descriptor is one that is clearly identified as sin (yes, I know some differ with me on that, but I'll stick to that statement) in the Word of God, the name Christian becomes irrelevant. For me, it would be the same as declaring oneself an "Adulterous Christian," or "Thieving Christian" or "Idolatrous Christian" and owning the adjective as a proud descriptor of identity.

The battle is real and when the name Christian is weakened, a victory is perceived.

Rest assured, fear is one of the greatest tactics of the enemy.

Do not fear what may come, but renew your minds on the things of God. Your children may celebrate and announce their affirmation of this trending lifestyle. Your son or daughter may even come out of the closet. Your co-worker may now introduce you to his/her spouse of the same gender. You will be invited to a same-sex wedding. (My recommendation - do not attend, even if it's family and you love them. Your presence shows affirmation.)

But, do not fear.

Remember Paul's instruction to Timothy and know this is God's for you and me as well. . .

"For God gave us a spirit not of fear but of power and love and self-control." 2 Timothy 1:7 (ESV)

Love does win. . .and it's not the world's version.

I love what Curt Hamner has said, "Rescuing a drowning culture is never easy, but if anyone has a foot in the dry shore to send out a lifeline, it is the church."

For some potentially helpful resources, in this area, check out our LGBT page on our online bookstore