davidtarkington.com
Home Archives Subscribe
MOVIE REVIEW: "Woodlawn" - Will God Do It Again?
Millennials In the Church

Why It's Easier to Care About a Lion Than Babies

There are two stories that seem to be trending in the media this week. These are unrelated stories, but show an interesting contrast on cultural views of life, ethics and value.

The story of Cecil the Lion is a tragic one. Walter Palmer, a dentist on a "hunt" in Zimbabwe killed a lion that had been collared and was part of an ongoing study at Oxford University. Details of the story continue to come out and the debate in the public continues to rage. 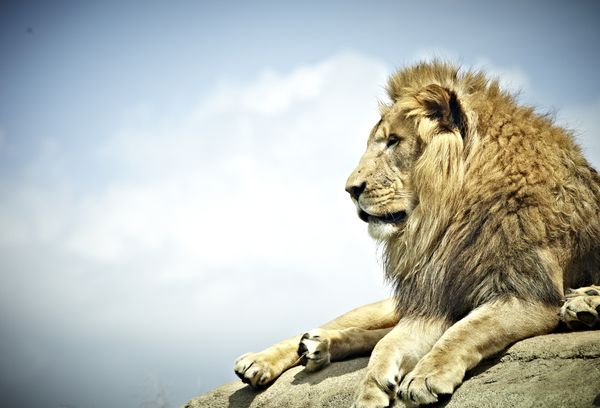 His statement of regret is seemingly falling on deaf ears and many have declared it empty.

"I had no idea that the lion I took was a known, local favorite, was collared and part of a study until the end of the hunt [...] Again, I deeply regret that my pursuit of an activity I love and practice responsibly and legally resulted in the taking of this lion. I relied on the expertise of my local professional guides to ensure a legal hunt. I have not been contacted by authorities in Zimbabwe or in the U.S. about this situation, but will assist them in any inquiries they may have."" - Walter Palmer

Those who advocate for animal "rights" and celebrities have joined the story to share their opinions of Palmer. Mia Farrow tweeted Palmer's home address and thus, protesters arrived.

Others have shared what they think should happen to Palmer.

"Anything loose, they should cut off." - Betty White

"I understand that his patients are lining up to cancel their appointments and well-deserved. If he was my dentist I would never set eyes on him again." - Bob Barker

The story is gaining ground and mainstream media outlets as well as entertainment outlets continue to push it on the front page or as the lead story of the day.

The other story that is working its way through social media and some mainstream outlets focuses on the leaked, undercover videos by a pro-life organization showing doctors and leaders of Planned Parenthood admitting to and expressing how they sell organs of aborted babies for profit.

Planned Parenthood has existed for decades. This non-profit organization declares itself as the primary provider of reproductive health and women's services in the nation. This is a sanitized, politically correct way of stating that they provide more abortions than any other organization in the United States.

The first video released is embedded below. Be warned, it is not easy to watch.

The latest is even more disturbing. . .

Amazingly, the Planned Parenthood Clergy Advocacy Board has issued this statement in response to the video, as part of a well-orchestrated dance attempting to diffuse this story in the national media.

“People who work for Planned Parenthood give care and respect to those in need, doing God's work. For this we are grateful.” - PP Clergy Advocacy Board

At first, I was surprised that Planned Parenthood even had a Clergy Advocacy Board. However, there is a clear version of "Christianity" in America that has forsaken the truths of the Gospel and the truth of His Word. Therefore, statements like these should not surprise us, though they are greatly disturbing.

Joe Carter, a blogger for The Gospel Coalition referenced it this way:

That some clergy from denominations such as the United Church of Christ, Episcopal Church, and American Baptist Churches would turn a blind eye to the sale of body parts from children slaughtered in the womb is not surprising. Almost all mainline denominations officially support unrestricted access to abortion.

But these ministerial shills have the audacity to frame their support for America’s largest abortion provider as a defense of women. Their kneejerk support for Planned Parenthood reveals a willful ignorance of one of the most anti-woman organizations in America.

How These Stories Are Connected

The story of Cecil the Lion and Planned Parenthood actually have nothing to do with each other. One is about a hunting trip in Africa that resulted in one animal being wrongly killed.

The other is about the deception of an organization that I believe does evil work and is responsible for the killing of millions of human beings.

What does connect them is the story of life and the message of ethics and truth.

Why It's Easier to Care for a Lion Than Babies

It is easier to jump on the bandwagon that is attacking Dr. Palmer than show offense to what is being done at Planned Parenthood.

It's easier because the crowd is louder that speaks against Dr. Palmer.

It's easier because others will celebrate you if you "stand up for Cecil."

It's easier because the platform is wide and welcoming for those who would show anger and frustration toward Dr. Palmer.

It's easier because other than tweeting and posting opposition (other than the few who are organizing protests and other actions) there really is no personal engagement in the Cecil the Lion story. Just tweet your anger and use the appropriate hashtag and go about your life.

However, when you assert your offense at what organizations like Planned Parenthood do, you are labeled. You are placed in a category that isn't celebrated by the masses. You will be on an opposite side of celebrities and those who are often worshipped by the masses.

The politically incorrect will not be celebrated.

You will be declared a hater of women (the enemy loves pulling out the "hater" tag for those who stand up for truth) rather than a lover of life and an advocate for babies.

You will have to stand on a narrow platform.

You will have to do more than state your opposition to abortion.

Christians who state their opposition to abortion must in the same breath state and show their advocacy for helping pregnant women, providing for single moms, standing in the gap for teens who are pregnant, affirm and support foster care and adoption services.

It is hypocritical to be against abortion and ignore the role of the church in these other areas. There's no way to be unengaged and be holy.

That's why it's easier.

But then, who said living holy and grounded on the Gospel of Jesus Christ was supposed to be easy?

What Must Be Done

I affirm the calls for the defunding of Planned Parenthood. I am not convinced this will ever happen, but at least the conversation has begun again, and more earnestly than in the past. To know that we are all guilty by proxy of the trafficking of human body parts through our taxes is offensive and atrocious. It's time for the federal government to do the right thing here and for the people standing upon that narrow platform to stand unwaveringly and push strongly for this.

Trevin Wax has written an excellent blog post on how we should pray for those who are the names and faces of Planned Parenthood. The God of life is the only one who can transform a heart. Pray for those who do evil, especially those who unknowingly do so. How can they know evil apart from knowing the truth?

Dr. Russell Moore of the Southern Baptist Convention's Ethics & Religious Liberty Commission has reminded us of our role clearly.

The church of Jesus Christ should recommit ourselves to speaking out for human dignity. What we see in this instance is what has always been true of Planned Parenthood: Mammon worship in collision with the image of God, and the image is sacrificed on the altar of profiteering. This does not go unnoticed to God. He has said, “Woe to those who decree iniquitous decrees, and the writers who keep writing oppression, to turn aside the needy from justice, and to rob the poor of my people of their right, that widows may be their spoil, and that they may make the fatherless their prey” (Isa. 10:1-2).

The heart of man is dark. Jesus is the light and has stated that we are His Light of the world. Let's shine this light brightly.