Why the Jokes About Jenner Have to Stop

This has been a landmark year for advocates of the LGBT community.

In addition to the SCOTUS ruling that changed state recognition of same-sex marriage, a prominent celebrity (Bruce Jenner) slid to the far right of the acronym to announce that he is transgender and will begin living not as the gender he was born, but as a woman.

To be clear, I do not support the shift in gender that Jenner has and is going through. I don't even know the man, but my belief in identity and bestowed gender, founded on what I believe the Word of God to reveal, means that I cannot affirm this lifestyle choice. I wrote about Jenner's announcement here. I also believe that God loves Jenner as he loves all. Love, nevertheless, is not synonymous with affirmation and acceptance of life choices. 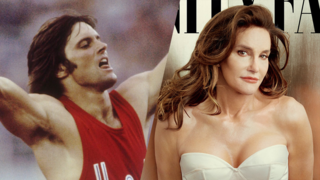 Since Jenner's "coming out" as Caitlyn, the entertainment and sports media has pointedly fought to find more details about Jenner and this has effectively pushed him back on the cover of magazines, on the stage at awards shows and as the lead story on many entertainment "news" shows. Some say this was what he desired all along. Perhaps, but I doubt that was the driving force.

It's Not About Political Correctness

In a culture where political correctness reigns and celebrities, politicians, and athletes spend more apologizing for saying or Tweeting things that have been labeled as insensitive by the self-proclaimed political correctness police, I am not calling for the end of Jenner jokes and other LGBT jokes for this reason.

Like most guys, I love a good joke. Like most jokes that are really funny, there's always a hint of truth in them. Sarcasm is easy for me. Humor that may offend some has always been a default for me as well. While I find no humor in jokes laced with profanity, racial stereotypes or hurtful words, there are times I have told jokes, or at least laughed at some that are hurtful. What's worse than couching hurtful language in a joke that may cause an individual to feel personally ridiculed is the hurt that takes place for God and His Kingdom.

It Is Mission Critical

When missionaries are sent to international lands, they are sent with a mandate - a Commission. This is to love God fully as they love people with the intent of leading people to the rescue that is found only in Jesus Christ. Our missionaries are not taught to "Americanize" the natives. They are not taught to look down on those whom they been sent to serve. They are not led to water-down the Gospel for any reason, just to be accepted either. They are sent equipped to live among the culture that does not know Jesus, or in some cases is loudly opposed to Jesus.

Our culture is growing more loudly opposed to Christ and Christians. The marginalization of the church in cultural life is upon us. Yet, rather than lament the reality, we must celebrate that God has seen fit to place us here, now, for "such a time as this." Apparently, he is equipping us to be His ambassadors and His church for a mission field that is very dark.

While #LoveWins has trended recently as a call for unity and celebration by the LGBT community, the truth of the matter is that Love who wins has already won. Jesus Christ is the embodiment of love. He is the Way, the Truth and the Life. And. . .lost people do not know that. Sometimes, they have been blinded to that truth because of religion, unfortunately.

So, Why Stop the Jokes?

Maybe you've never told or laughed at "gay jokes" or "transgender jokes." Or ... maybe you're like me. Here's why I feel the conviction to stop. I believe God has given us a unique opportunity to share His love and hope with those in our community who struggle with same-sex attraction and even deeply troubling gender issues. I know that previous statement is a challenging one, especially for those who are LGBT and are not struggling with it, by their own admission. Nevertheless, based on my faith convictions and understanding of Scripture, I would stand by my wording.

That being said, the Great Commission does not have an asterisk by it that eliminates certain people from our love through Christ.

This is the biggest challenge - loving truly without affirming sin (and I mean any kind of sin - so don't think I'm just saying LGBT lifestyles. I do mean adultery, fornication, thievery, gluttony, etc.) If we can't love people who sin. . .well, we have to eliminate much Scripture.

Humor Is a Gift, But Can Be a Barrier

I believe humor is a gift from God. It's not a spiritual gift. It's not even a primary gift. I just believe that God, in his sovereignty and glory has gifted us with the ability to laugh (at ourselves mostly) and circumstances. Laughter can be healing (Ever see "Patch Adams?")

However, jokes can be hurtful.

How many times has someone said something hurtful to another and then tagged "just kidding" at the end, thinking that makes it all okay?

If we, as Christians, are going to be living sent, as missionaries in a culture far away from God, we cannot continue to make fun of those we are seeking to reach.

It would be like doing all these things and more and then expecting to be able to share the Gospel message with those you have just made fun of, expecting a good response.

Christians, we cannot construct walls from within the church by laughing at the lost and expect the lost to respond to our "love."

I know, some of you are already poking holes in my premise by stating that the LGBT community is not a racial or cultural people group. I agree. It is different. I do not equate them as the same. I oppose the use of the Civil Rights Movement in our nation as a parallel to the LGBT causal movement of today. They are vastly different.

However, this is what we do know to be a reality. The LGBT community is just that - a community. In most cases, there is unbridled acceptance within the community (unless you are vehemently opposed and then there is no place at the table.) Most are not angry gay men or lesbians. Many just want to live their lives and be left alone. There are some (and they're loud) who advocate pretty harshly. Harshness often attracts harshness.

Love Without Affirmation of Sin

The church is going to have to make a decision in this world where the biblical worldview is being pushed aside and redefined by many (wrongly, I might add.) Some denominations in our culture are already capitulating. In other words, they are wimping out and have sacrificed the authority of Scripture and adherence to such for short-lived applause by those who really don't like them anyway.

The church that stands firmly on Scripture and does not bend in this area, must decide if those within their membership (and there are quite a few) and those who are seeking God really are worth loving and ultimately worth reaching with the Gospel.

While some say that's an offensive statement, I say no. If we truly love God then we can truly love people (all people, not just those who live with church approved sins). If we love people, we must show that love so that ultimately LOVE WINS. This is not a bait and switch. This is what we have been called to do.

We are missionaries to a culture that is as dark as any unchurched part of the world. Let's live well, live holy, live uncompromisingly on the Gospel and love well and tell some good jokes along the way, but let's not build unnecessary walls.