davidtarkington.com
Home Archives Subscribe
Talk Is Cheap - Part 5 - The Implanted Word
The Strength of the Church That Risks

It's Now Newsworthy That Women Are Clothed

When I was a teenager, there was a section in Sports Illustrated magazine titled "Signs of the Apocalypse." These were short blurbs in sports news that were strange and funny and with tongue firmly planted in cheek, the magazine stated they were signs the end of the age was upon us.

Recently, in this age of strange news, a story hit the airwaves and the web that if published on April 1 would have been chalked up as another "April Fool's Day" joke. It seems that Playboy magazine has decided that it is now time to stop publishing nude photographs of women.

In an article in The Week, the decision was described this way:

The decision was made by top editors and founder Hugh Hefner, who agreed that Playboy and its nude women don't pack the same punch they did when the magazine launched 62 years ago. As CEO Scott Flanders so delicately told The New York Times: "You're now just one click away from every sex act imaginable for free. And so it's just passé at this juncture." The revamped magazine will keep its investigative pieces and interviews, and introduce a "sex-positive" female columnist and "PG-13" version of the Playmate of the Month.

The comment that stands out here is this one "You're now just one click away from every sex act imaginable for free. And so it's just passé at this juncture." 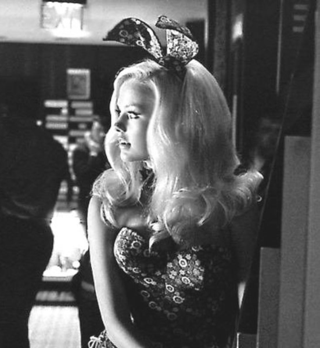 That speaks immensely and to be honest, it reveals much about our cultural shift. Gone are the days when Hugh Hefner was viewed as radical and became the "hero" of men seeking some dangerous (and sinful) voyeuristic pleasure. Playboy magazine loses money, but is viewed as a promotional tool for the Playboy brand. According to the article referenced above, the Playboy website removed nudity in 2014 to make it safe for work. This statement reveals much about the American workplace now. Apparently, surfing Playboy's website is not a problem in the workplace.

The magazine founded by Hugh Hefner has famously celebrated a lifestyle of debauchery and overt sexuality. While many women, celebrities, sports figures and models have graced the covers and centerfolds, the corporation has long been viewed as demeaning to women.

This perspective has changed some in our culture over the past few years as more women serve in leadership roles at Playboy and many others have voiced that posing for the magazine is more about empowerment and liberation than objectification.

That is amazing statement.

It's About the Articles, Right?

For years, the joke has been that people purchase Playboy magazine to read the articles. I guess we will see.

The magazine has run articles since its inception and broke some ground when it secured an interview with then Presidential candidate Jimmy Carter. That article was controversial in that an avowed Christian, and at the time, a Southern Baptist, sat down for an interview with a magazine known for it's photographs of nude women rather than it's political essays. Carter's interview drew many comments. When Carter stated "I've committed adultery in my heart many times," political pundits declared his candidacy to be over.

Nowadays, for a presidential candidate to sit for an interview with Playboy or another magazine or media entity known for overt sexual imagery and liberal-leaning articles, most people would not bat an eye.

Apparently, there are numerous serious articles written over the years in Playboy. The political leanings and cultural foci have been consistent over the years. The test is now to see if Playboy can survive in its new format as a combination of a Victoria's Secret catalog and Time magazine.

Why Should We Care?

The simple reason this story matters is that it is illustrative of the changing landscape of our culture. That which used to be outside the norm and offensive is now so common that the shock factor is gone. Some would say that magazines as an entity will soon cease to exist. This is likely for most as the growth of social media and magazine apps increases.

The boundaries have been moved.

The cultural rules have changed.

Hugh Hefner may still be lounging around in his silk pajamas with numerous "girlfriends" young enough to be his grandchildren, but even Hugh isn't shocking anymore.

The Church in a Safe Playboy World

Well, just because Playboy is choosing not to publish nude photographs, calling it "safe" is still quite an understatement. Overt celebration of promiscuous and "free-love" sexuality is not safe.

Just putting clothes on a model does not change a world-view.

The church must remember that the battle is not against flesh (no pun intended) and blood, but against a spiritual enemy who seeks destruction. All that God created as beautiful, our enemy attempts to hijack. This is the battle of world-views.

A Christian world-view gives perspective from a biblical foundation.

It is imperative that the church focuses on what has been written, not in a news article, a blog and definitely not in Playboy, but in the inerrant Word of God. We must live what it says and be doers of the Word.