davidtarkington.com
Home Archives Subscribe
A Simple Gesture Makes a Major Impact
There Are No "Participation Trophies" in Life

Since we announced the launch of GameDay Church at the site of Old St. Andrews Church prior to the Jaguars - Colts game on December 13, we have had many questions from various sources. 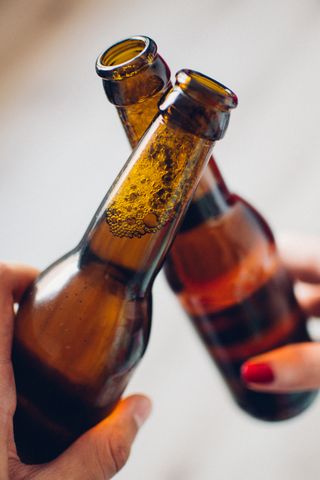 Whether it has been from church members planning to help make it happen, other church leaders in the city, community friends or news agencies, it seems that a few questions regarding the church service rise to the forefront. They are. . .

Honestly, the beer question tends to be the first one we are asked. The other two tend to be logistical.

It seems that our response to the beer question has the potential of creating more controversy than a red cup at Starbucks.

Nevertheless, here's our answer to the "beer question."

"We are not providing it."

There. That's it. Simple, right? Well, I thought so, but apparently is not sufficient for some.

Let me be clear, just in case there is some misunderstanding. I do not partake of alcoholic beverages. I do not believe it is a good thing to do so. I do not recommend it at all. Likely, this is due to my upbringing and my years of working with teenagers from challenging homes where alcohol played a role, not to mention the under-age, binge drinking that I have observed and worked young people through. Therefore, the partaking of such is not encouraged by me.

Yet, it is clear that while getting drunk (Ephesians 5:18) is sinful and declared such in Scripture, the partaking of alcoholic beverages is not. I'm well versed in the "do not be a stumbling block" passage and affirm that, but I'm not going to break all that down in this posting, due to the fact it will result in the potential online, comment-driven, debates that do nothing to reach people for Christ and ultimately do the Kingdom no good, but if you'd like to read more regarding this question, from a biblical worldview, check out this link at GotQuestions. (GotQuestions is a solid, biblically-conservative Q & A resource.)

It appears that the only thing that could rival the questions of a Baptist church hosting a tailgating/worship service at an NFL game would be if we hosted a "Line Dancing" event. While the "Baptists don't dance" mantra still exists, I declare that it is more that most "Baptists can't dance." It's apparently a rhythm issue, at least in our church. This is made clear as many in our congregation attempt to clap in-time along with some of the worship songs. But. . .I digress.

No Beer Garden, but No "Beer Guards," Either

So, a simple answer of "We're not providing beer" leads to the follow-up question from some that sounds like this, "But, what if someone shows up with a beer in their hand?"

And, this is where my answer causes some raised eyebrows. Remember, we're meeting under an open-air tent. We will have a grill set up with some BBQ available and some bottled water as well. Yes, it is a family-friendly event, but then, so is the football game, right?

People will be walking by the tent on the way to the game. Most attendees will stop by for a few minutes, step under the tent, eat some BBQ, play some corn-hole and then move on to the stadium for the beginning of the game. Most, except for those serving and leading, are not thinking about going to a church service. They're thinking about going to an NFL football game.

And, some of those who stop by (not all, because not all who will partake of an officially NFL-licensed Bud Light that day, will be doing so at 11am) will have a beer in hand. And, we are NOT going to set "beer guards" by the entrance telling people to get rid of their beer before they can come in and worship and hear the Gospel. Why? Because we know at that point people will just walk away and think "That's not for me." 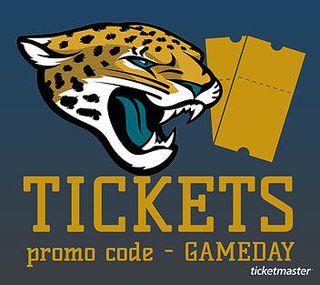 Simply put, our focus at GameDay Church (as it is at any of our campuses or events) is Jesus Christ. We focus on Him alone, and trust the Holy Spirit to do what He does best.

GameDay Church is an event. We acknowledge that. It is a front-door event for many. It is the church seeking to go where the crowd is, as opposed to simply creating another crowd.

Believing that God has led us to offer this worship and teaching experience at the cross-roads of cultural engagement, leads us to trust Him to draw those to Himself that day. Focus means we must not be side-tracked on issues that are not vital. This is not a watering-down of the Gospel. In fact, by being so solidly focused upon it, it leads us to be missionally engaged in ways that we often just read about and "amen" but never do.

If Christianity is simply behavior-modification, then we have lost focus.

So, if you're a football fan and have friends who would never attend a traditional church service with you, why not get a few tickets here (use our GAMEDAY code) and come to GameDay Church on your way to the game? Let's trust God to do what His Word declares. He does more than modify behavior, he transforms hearts.

The question has been answered. Now, let's pray that God will draw many to Himself through His church.

Posted by David Tarkington on November 13, 2015 at 10:39 AM in Hot Topics for Churches, Missional, Sports | Permalink | 0 comments