Linus' Blanket and the Story of Christmas

I received an email from one of our pastors, Patrick Hayle, this week. You may have read this before and as far as I can tell with my intense search of Snopes.com, this internet story is actually true. 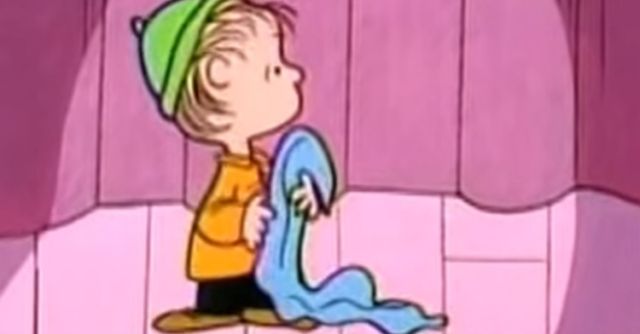 Have you ever noticed that while Linus is sharing the real meaning of Christmas (in the television special "A Charlie Brown Christmas") he drops his blanket? Linus always carries his security blanket. Yet, he drops it just as he says, "Fear not."

As Charles Schultz realized and wanted to share in a very simple way...

Oh, and for those who point out that Linus picks up his blanket after delivering his Christmas sermon, check out Jason Soroski's article on Crosswalk here.

Remember Our Church Planters/Missionaries at Christmas

It doesn't matter how much I say I'm going to plan better and be more strategic about Christmas ministry events and community connections this time of year, it always seems that when December comes, the calendar fills and things are left undone.

I'm writing this posting in a hotel room in Washington DC as I am attending a "Catch the Vision" Tour sponsored by the North American Mission Board in this city. I had dinner tonight with 30 other pastors and ministry leaders and reconnected with my friend and city missionary, Clint Clifton. Tomorrow, I will see Mike Godfrey, a church planter in the city who grew up in our church, was part of my youth group and is currently one of our sponsored and supported church planters.

Somewhere between the salad and the main course, it hit me that we (meaning our church) need to be sure to connect with our planters in the field. This is especially true this time of year. One of the greatest tools of the Enemy for those who have relocated and moved to serve the Lord on mission is the lie that "No one remembers you!" While we are striving to ensure that all our men and women serving in these capacities are remembered in prayer and through financial support, it behooves us to ensure they know they are remembered and supported.

This is a great time of year to give a tangible gift.

We have strategically partnered with a number of church planters/missionaries in our nation and throughout the world. Each has specific needs and most have spouses and children to support as well. While some have been sent from our church family or call our church family their home, all have great need and must be remembered regularly through systematic prayer and support.

It is also this time of year when people in our church are seeking ways to live generously (or as it's called in December...have the "Christmas Spirit") by helping those in need during the holidays.

Let me suggest that each day throughout the month (and it will likely continue throughout the year due to the fact a habit will be formed this month) we spend time praying for our church planters. For this posting, the information presented is clearly focused on the individuals and families supported by our church, the firstFAMILY. If you are part of another church family who has strategically partnered for Kingdom growth with other missionaries and planters, do so with those you already know.

Also, in addition to prayer, perhaps you will feel led to donate a gift to the planter/missionary and his family. If you'd like to do so through the church, you may with our e-giving option. Just click here.

Or, if you have gifts or cards or maybe toys for the children to donate, just bring them by the church office this week and we will forward them. (Remember, gift cards purchased in the US do not work outside the US.)

OUR CHURCH PLANTERS AND MISSIONARIES 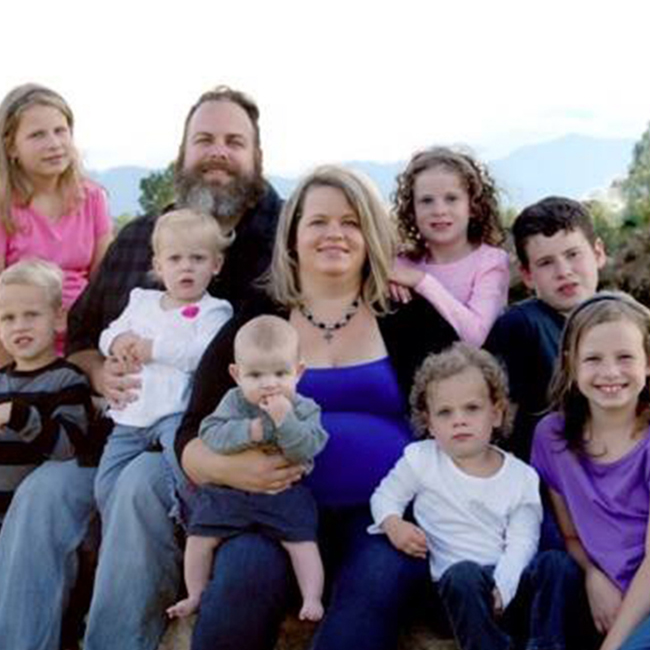 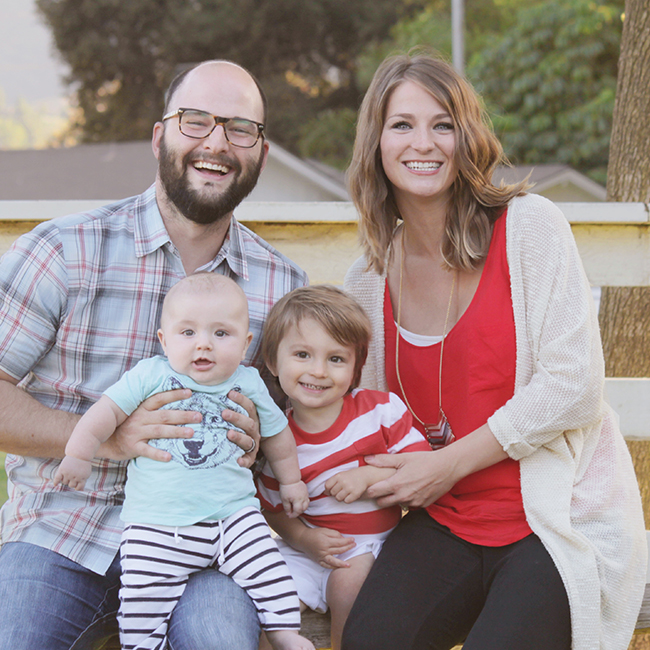 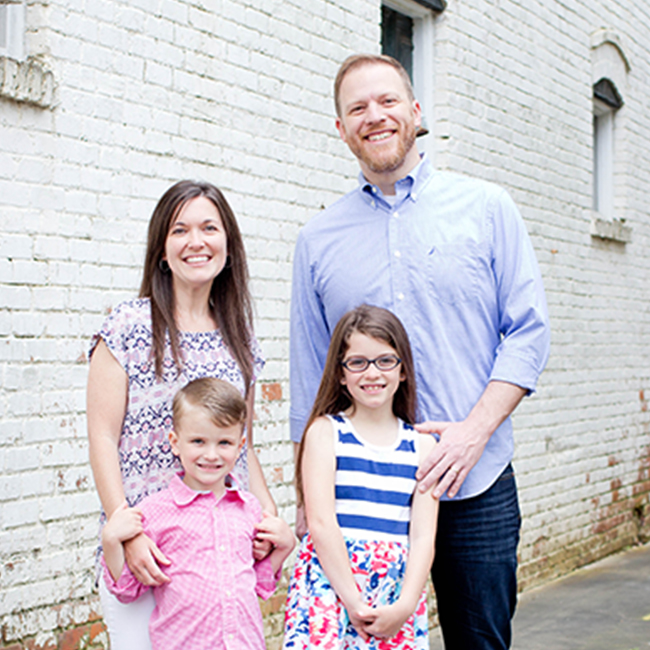 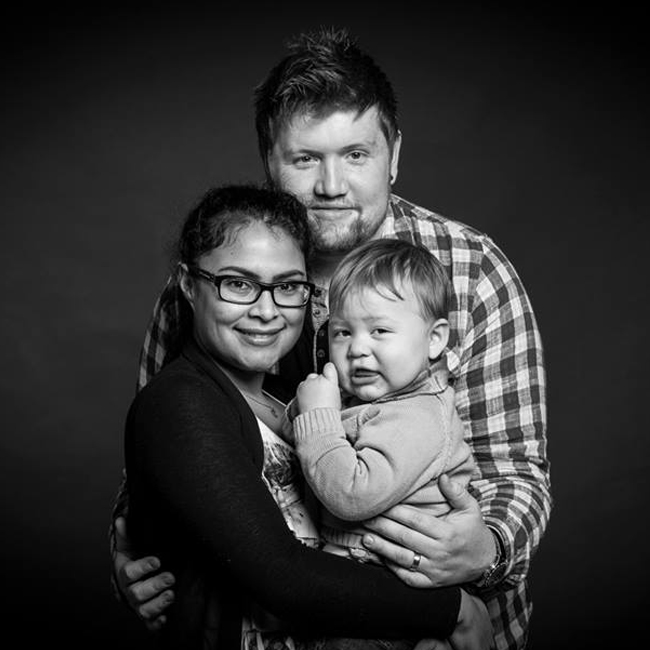 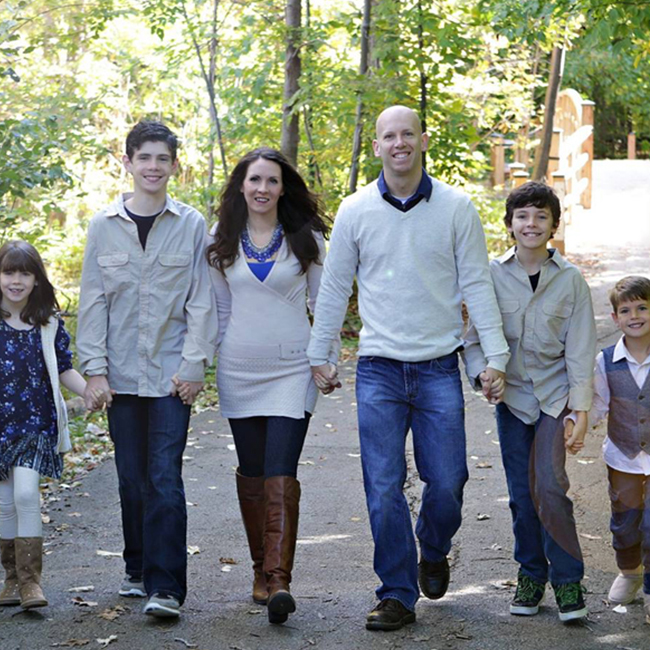 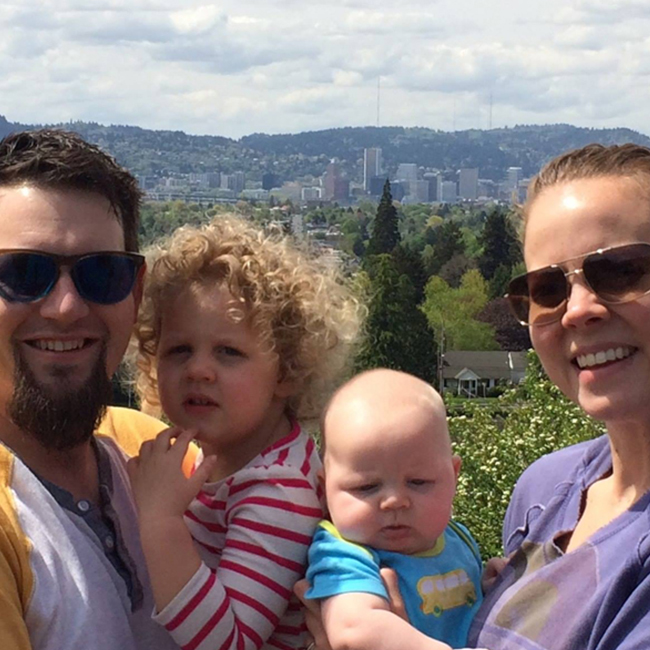 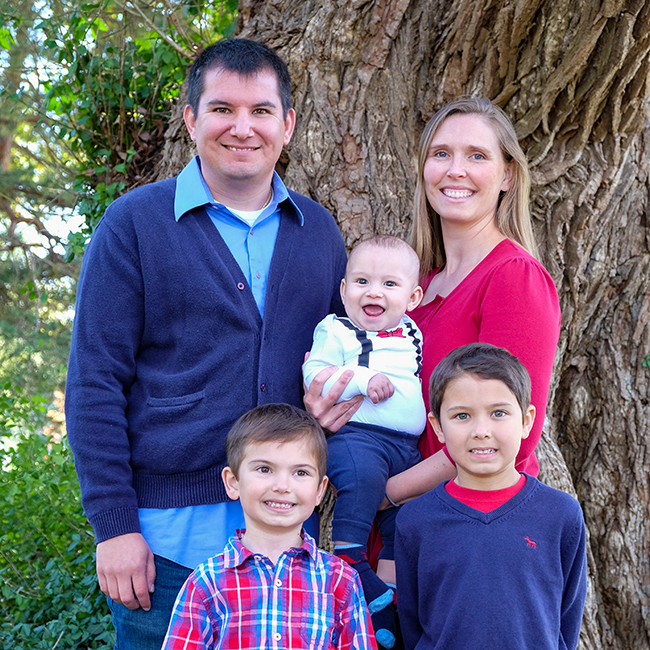 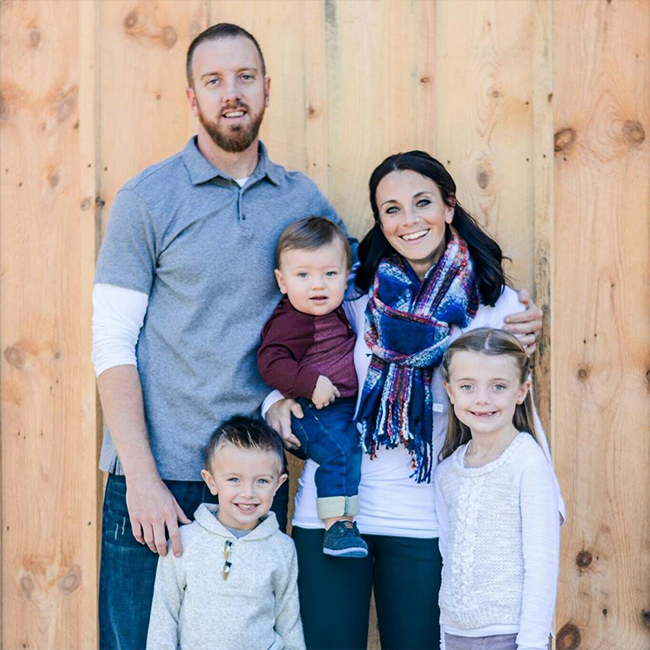 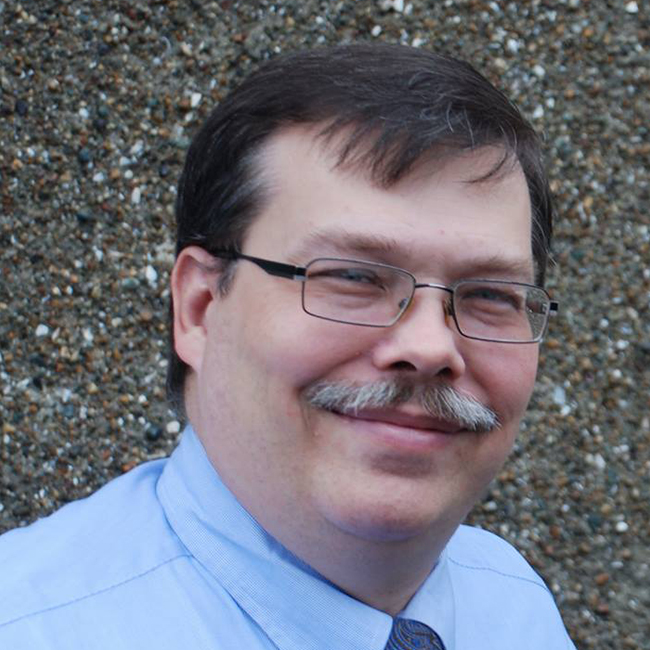 There's BLACK FRIDAY, SMALL BUSINESS SATURDAY, CYBER MONDAY and now GIVING TUESDAY. (All of these are now often designated with a "#" for social media purposes.) 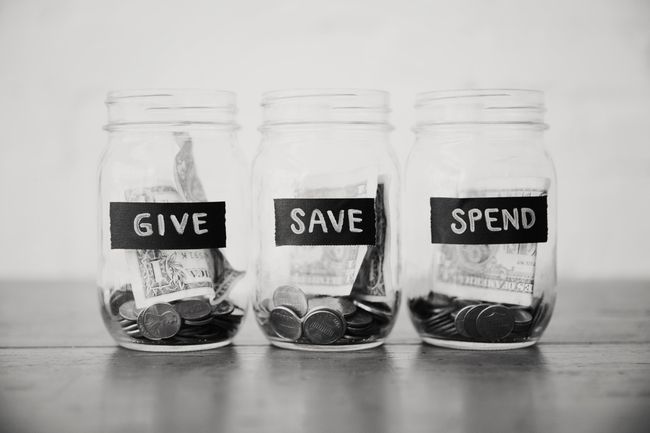 One day after Thanksgiving, you know, the holiday where we are to focus on the many blessings God has given us, a designated nasty shopping day exists. Some are pushing back on the overt marketing strategy.

“Black Friday has gotten out of hand,” said Jerry Stritzke, president and CEO of outdoor retailer REI, referring to the day after Thanksgiving when retailers heavily discount thousands of products. He told his 12,000 employees to “get outside” on a paid holiday instead of “spending it in the aisles.” “We’re closing our doors,” Stritzke declared, because “success goes beyond money.” Should it define our holiday, too? - The Benefits and Warnings in Black Friday by Michael Hendrix, ERLC

Saturday and Monday are also designated "spend" days and seek to either offer benefits to the businesses being overtaken by the big box stores on Black Friday or the consumers who'd rather purchase with "one click" on Amazon.com.

So, #GivingTuesday was inevitable, I guess.

I applaud the efforts of those making this special day of generosity happen. We partner with a number of ministries and non-profits who strategically use this designation to elicit more donations.

Sundays are the first days of the week and have been designated the "Lord's Day" for centuries. Traditionally, it is when most church-goers gather together for worship. While we know the trends are shifting and changes are occurring, and churches gather on different days throughout the week at times, Sundays remain the primary "church day" for many.

To be clear, I believe in the principle of the tithe and of generous and sacrificial giving. I know there are many who love to debate the veracity of such teachings and while I will not call a non-tither evil, I do believe it is a sign of faith and a form of worship (as viable as singing, Bible reading and fellowship.)

When a pastor begins to speak on tithing and giving, he is often categorized and therefore, either encouraged or as is more often the case, disavowed as one of those preachers who "always talks about money."

That reminds me of a joke...but I'll spare you.

Here's how I tithe. Knowing that the word actually means "a tenth" my wife and I have sought to honor God by giving the first tenth of everything we earn back to God through his local church. My daughter thought it was strange as a child when she asked why we gave to the church and then the church would pay me. In her little logical mind she thought we should cut out the middle man and just keep it all. Nevertheless, that developed into a teachable moment on generosity and tithing. We also were able to talk to her about the difference in tithing and offerings.

By the way, I know the tithe was instituted in the Old Testament and was delineated for a different era, but believing that Jesus affirmed the practice as a form of generosity and God-focused worship in the New Testament, I find no issues with practicing and encouraging the tithe.

Yet, apparently there are many who do not.

For some, the practice of not tithing is based on their biblical beliefs and while I differ in their interpretation, I can at least admire that there has been much thought put into their actions. In many cases of friends who hold differing views on tithing, their actions and generous giving is evidenced. In many cases, they actually are tithers, though they'd push back at that designation.

There is another group that refuses to tithe and their refusal is not based on biblical understanding nor on deeper thought. In truth, it's based on greed. These are the same folks who won't leave a tip for the waitress and use the excuse "They get paid well enough," while ignoring the reality that minimum wage for those who receive tips is lower than for other workers.

Then, there's another group. They give at times, but the concept of consistent, regular, sacrificial giving is a foreign concept to them. As a friend once told me, "They don't know what they don't know." A profound, yet true statement.

In our church, we are discovering this to be the case.

I don't know any names of individuals or families, but those who manage our finances and input donations for record-keeping purposes have affirmed that many give regularly, but when a special offering is available (i.e. Turkeys for Christmas, Haiti Christmas Gifts, Global Missions Offerings, Building Fund, Church Planter Gifts, etc.) the regular gifts are divvied up among the offerings.

In other words, the offerings to the church's General Fund suffers as people don't increase their total giving, but just divide up that which they normally give.

While I appreciate this reality, it is clear that details on how many evangelical churches function financially is not wholly understood. In our case (and with many other churches) the general fund gifts go to pay the mortgage, electricity, water bills, salaries, maintenance, custodial, and other regular expenses. The "special offerings" for designated items such as those listed above are legally mandated to go for what they have been designated (as they should be.)

What does this mean for us and for others?

Well, I don't know about other churches, but for ours, it means that we find ourselves annually limping into the end of the year hoping for a great December to bring us out of the red and into the black regarding expenses. At this writing, we're about $50,000 in the red. Now, we have funds in savings, but trends are trends and the reality is that if we can end strongly this year, more resources will be available for new work in the next. And, to be clear, the "new work" is not just experimental outreach and ministry ideas, but opportunities to impact the community and world for the Kingdom.

Nope. Not at at all. In fact, I'm fully confident that God provides (as he always has) the resources needed to do all that we are called to do. I just wonder if any in the local church are stumbling into the new year when we could be moving forward strongly together.

It's like I said last Sunday, "Sometimes, we're moving forward, but with the brake on. It's like driving a car down the street without realizing the emergency brake has been left engaged. You move forward, but not at the speed you could or should."

So, donate annually to the non-profit of choice on #GivingTuesday, but let's not forget that every Sunday is #SacrificialSunday where we can give as a part of the fullness of our worship.

Generous Life - Give Radically from Generous Giving on Vimeo.

We have sought, as a church, to live generously and to model for the individual members of our church family what this looks like and what it means.

Here are some past postings referencing the gift of generosity:

We have numerous resources available, as well as personal budget coaches at our church, to help with managing one's money as God would desire. Click here for more details.