davidtarkington.com
Home Archives Subscribe
There Are No "Participation Trophies" in Life
#GivingTuesday, Tithing and Church Budgets

In the era of sound bites and Tweets, news comes and goes at light speed. Our cultural norm is to elevate athletes and celebrities to high status. If an individual has a large following on social media and in entertainment news, he/she is seemingly "always" in the news. 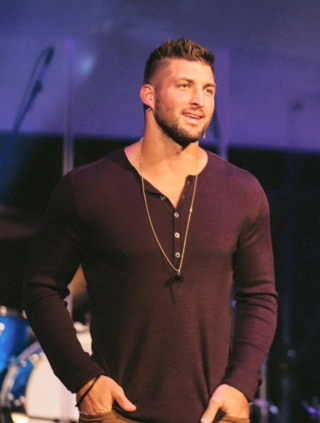 Tim Tebow is one such individual.

He burst onto the scene as a high school senior quarterback at Nease High School. At least, for those of us who live in the northeast Florida area, that was when we began to hear his name on the local sports reports regularly. I remember the drama that came when he declared where he would be playing college football. His choice to attend the University of Florida was celebrated by many in this area. I distinctly remember him giving a faux apology to his then pastor, Dr. Jerry Vines, for not attending the University of Alabama (I believe I remember that correctly.)

From his first "jump pass" for a touchdown as a Gator, Tebow cemented himself into the American entertainment and sports culture. He has found much success in his journey - Heisman Trophy winner, NFL first-round pick, leading his team to playoff wins and most recently as one of the talking heads at the SEC Channel's version of "GameDay Live."

He is a celebrity and he knows the world is watching.

I have found that as Jenny Rapson recently wrote in her open to letter to Tebow on her blog: I know that people love to love you or they love to hate you.

Amazingly, for many the love/hate issues have to do with Tebow's statements about faith and Christianity. He has spoken consistently since a microphone was first thrust into his face, he has been winsome and not condescending. Some take issue with his touchdown prayer stance (which either affectionately or derisively became known as "Tebowing") but by and large, Tebow's walk as a Christian has been personal, clear and consistent. He even seems to have fun in life, which apparently frustrates some who struggle with seeing a good-looking, popular, athletic Christian enjoying life.

Some of the love/hate has more to do with the logo on his football helmet while in college than his faith.

Yesterday, I was told he was in the news again, but this time it wasn't about a potential tryout for an NFL team or regarding some antics at the SEC Network. This time it was about his love life and his breakup with his girlfriend Olivia Culpo.

Tebow has been open and clear about his conviction to remain chaste and a virgin until he enters into a biblical marriage relationship. That statement from a teenager or college freshman is powerful. However, it seems that many who heard him make these claims years ago just politely shook their head and quietly thought "Yeah. . .we'll see how long that lasts."

Apparently a man with personal convictions is a rare thing.

From all reports, Tim has kept his vow of celibacy and is waiting.

And, according to news reports that are flooding the internet, this decision has cost him his latest relationship with Olivia Culpo.

As with most entertainment news reports (which used to be touted as "celebrity gossip") stories come out quickly even if all the facts are not known.

I think it is unfair to Tim and whomever he is dating at the time that all relationship details are presented to the world. I know, the argument is that if a person desires to be in the public eye, he/she is willingly sacrificing privacy. I have heard that for years, but it seems a pretty shallow excuse for spreading personal details. As is the case often, the persons whose details are shared end up being hurt, or at a minimum judged unfairly.

So, Tebow is in the news again because he is a good looking guy who has decided to remain sexually pure.

Some people seem to be collectively shaking their heads as if to say "What's wrong with this guy?"

At the same time, the cultural shift that now proudly wears open sexuality like a new pair of shoes and proclaims victory of the "free love" generation is celebrated as progressive and evolved.

The church struggles to be heard as we seek to minister to the refugees of the sexual revolution.

As for Tim and Olivia - we probably will never know the full details regarding their breakup. And, we shouldn't.

In fact, one buried article on Us Magazine's webpage, regarding the breakup, states this:

Indeed, the Culpo source reiterates to Us that Tebow liked Culpo a lot, but her heart just wasn't ready for a new romance. "He was very into her," the source tells Us. "But she just got out of a long-term relationship, and was not interested."

However, that statement is not the one being tweeted. It is not the headline making rounds. The big story is that they broke up because Tim wouldn't have sex before marriage. True or not, the story reeks of an invasion of privacy, trivializes the sexual relationship between a man and woman, and while attempting to show Tebow as an old-fashioned prude, actually paints a horrible picture of Miss Culpo.

When all the dust settles and another celebrity story pushes Tim and Olivia off the trending page of Twitter, they will still be living their lives, seeking next steps and prayerfully, following God's lead.

Nevertheless, in the midst of this public fallout, there is value. Regardless what the dirty little details of this story truly are, this much is declared as true - Tim Tebow, a sports and entertainment celebrity who is immensely popular and has sought to speak consistently and in a winsome way about life and his relationship with Jesus Christ has taken a counter-culture stance on human sexuality and relationship. That position has given parents with young, impressionable children a jumping off point to talk about faith, sex and relationships in a healthy way.

From Jenny Rapson's open letter to Tim on For Every Mom, she says as much. . .

And now, thanks to the New York Daily News and the world wide interwebz, I also know that you’re not getting any (sex.) BY CHOICE. It seems you got dumped by this hot little number (no big deal, just Miss USA and Miss Universe) because you wouldn’t put out.

And it is BIG FREAKING NEWS! It seems everyone cares that you’re a virgin. THAT’S gotta feel kinda weird.

And Tim, I’ve got two sons, one on the cusp of puberty. And he DOES give two craps about football (and Jesus. Score!). And he thinks you’re pretty great because you love football and you love Jesus and I am 100% sure that at school today among his peers, he also learned that you love following God’s commands more than you love following your sexual desires. Because I am quite sure everyone in the 6th grade was talking about you and Miss Universe today.

And thank God they were. Thank God my son has someone super-famous and successful in the limelight saying the same things about sex that his dad and I are. Thank God and thank you, Tim Tebow.

My daughter is a little young for this conversation, but thanks to you, there are a lot of young girls reading this story today and realizing that there ARE men out there who will wait. There ARE men who will put God above themselves, who will do what’s right when it comes to sex. Because of you they now know that what the world tells them, that “no one waits”, is wrong. So THANK YOU again.

Tim, I don’t know how your heart is feeling today. Getting dumped is surely never fun. But may I encourage you and say that standing up for what you believe in is something you’ll never regret? I truly believe that, as much as I believe that you will find the RIGHT girl who is willing to wait for you, and willing to be 2nd in your heart to Christ.

I think she about sums it up.

I'm sorry Tim and Olivia's relationship is even newsworthy. I'm sorry I even know about it. However, there is redeeming value here as Rapson states. As for Tim and Olivia, perhaps those who declare to worship Christ as Tim does, should spend a few moments praying for these two who have now had very personal details of their lives (thought likely not fully accurate) spread across the internet.

Tim - you're not my idol. You're not my hero. You are my brother in Christ. As a brother with a common Father, I pray for you.

Olivia - I don't know much about you, but reports are you are a follower of Christ as well. That being said, I choose to not base an understanding of who you are based on flimsy reporting. It is clear that you deserve my prayers as well.

(Oh, I fully realize that odds of Tim and Olivia actually reading this blog posting are slim to none, but for those of us who claim the name of Christ, would you join me in praying for these two?)