davidtarkington.com
Home Archives Subscribe
When the Church Grieves
Is Divorce a Viable Option If You "Fall Out of Love"?

Churches, such as mine, have sent teams on short-term mission trips for years. These one-to-two week endeavors take adults and teenagers all over the world for the purpose of "doing missions" and serving contextually in different regions.

Recently, some writers and pastors have decried the short-term mission trip as being little more than a "religious vacation." As the mission trip season comes upon us, churches are planning, registering, getting tickets, passports and preparing once again. While there are some legitimate arguments against going on short-term mission trips, I believe the value of a properly planned and executed trip far outweigh the negatives. 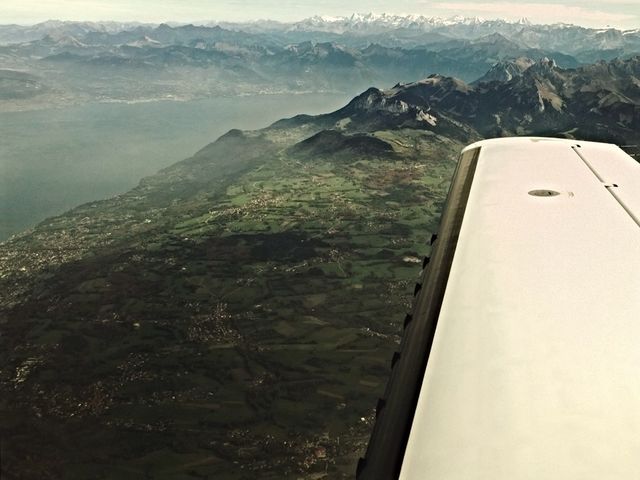 Michelle Lynn Stayton recently blogged on The Almost Doctor's Channel about the futility of going on short-term mission trips. The title of her post is "7 Reasons Why Your Two Week Trip to Haiti Doesn't Matter: Calling Bull on 'Service Trips'"

Her points for not going on these types of trips are...

Stayton's article is well-written, but with a sense of frustration coming through. Based on what she has described and what I have experienced in the past, she is right to be frustrated.

Yet, I would say that throwing out all short-term mission trips is not the answer. Rather, a reevaluation of the purpose of such trips and a proper and healthy process of preparation for team members is needed.

I remember a mission trip to Israel about fifteen years ago where I led a group of teenagers from our church who would be leading a mission camp for locals prior to touring Holy Land sites. This was a combination mission trip/camp and tourism event. One of our young men stated while at a layover in Europe as we walked through the airport, "Dave, look at all the foreigners!" It was at that moment that I realized I had not properly prepared this young man to serve on mission. I looked to him and said, "They're not foreigners. You're the foreigner!" It was as if a light came on at that moment.

I also remember decades ago when our previous senior pastor led a team to Australia on a short-term trip. (Who wouldn't want to suffer for Jesus in Australia?) The team returned and on a Sunday evening, they stood on the stage of our worship center and shared with the congregation about the trip. I don't remember much about the report. However, one portion of the report has stayed with me. One of our team members shared how she spent some time with one of the Australian Baptist pastors and his congregation. I guess this trip was to encourage and equip some of the churches down under, primarily. Anyway, as she shared of her experience, she stated that the church was preparing to observe the ordinance of the Lord's Supper and lo and behold, they pulled out a bottle of wine! Real wine! She then shared how she instructed this pastor about how wrong that was and how, here in the US, we use grape juice.

I cringed at that report and while we do use grape juice, the fact of the matter is that using wine in observing the Lord's Supper is not a sin, regardless what prohibitionists and grandma said. To tell gospel-centric, Bible-believing, missionally-engaged Christians in other cultures that by doing exactly what the Bible says to do is a sin because it doesn't match a portion of evangelical American culture's practice is ludicrous.

So, in truth, the "great western savior complex" does rear its head at times.

Other points from Stayton are valid as well. I wonder how many pieces of "Jesus junk" purchased in bulk at Oriental Trading have moved quickly to the trash heap once the missionaries have boarded their planes back to the States?

Perhaps the greatest challenge is ensuring that the people being served do not become little more than social media fodder and human souvenirs. In our case, with multiple trips to Haiti, the front-burner reality is that our children in the orphanage and in the local sponsored schools are not items to be collected in photos or video clips to be brought home as virtual souvenirs. These are real children. Some have parents living in the region who cannot afford to care for them. Others have no living parents. Our children are loved and yet they, as Stayton states, "do not need your pity, temporary attention or to be featured in your Facebook profile photo for a month." Now, she's a little harsh about Facebook here, yet the point is clear. The question must be asked "Why are we collecting photos?" (Full disclosure: We do take numerous photos of our trips and share these with our families.) I believe a photo shares a portion of a story and when I see these, I don't feel pity. I am spurred to prayer and reminded of the value of our service and love to God as we love our neighbors (whether next door or across the sea.)

Maybe we should post photos of those we are praying for locally as well? Perhaps this would eliminate the "tourism" feel of gathering pictures and push us to seeing all people with the eyes of Christ?

I have pushed back against poor mission trips for years. Even in doing so, I readily admit we have far to go.

Why, as a pastor, would I continue to encourage and have our Missions Director plan more short-term trips? Why, especially knowing the shortfalls of such endeavors?

I do so because I have seen and believe in the value of serving God in this way. I have experienced moments where God has used a change of scenery, a portrait of need, a removal of distractions and an openness to the Spirit's leading to guide young men and women (and not-so-young as well) into a transformational place of service.

I too have seen students and adults on trips who come home totally unfazed. It's unfortunate, but it's a reality. The hardened heart is not always softened just because a week without air conditioning and overdoses of bug spray have been experienced. Yet, we trust God to do that which only he can do. Otherwise, we become behavioral manipulators.

However, the "western savior complex" must be intentionally abandoned. Maybe some of the "Jesus junk" should be left at home as well.

No missionary or orphanage director will be blessed by a team that arrives and then with a spiritual arrogance begins to tell them how to do the work they have been called to do. A team should never arrive on field with a "We're here to fix everything in two weeks" mentality or the missionaries and those being served will celebrate your departure with greater joy than they ever did upon your arrival.

Caleb Crider, in the book Tradecraft, shares the following account:

In had been a church planter in Western Europe for about six years when I began to realize just how great the divide was between churches and God's mission. Throughout the year, groups from various churches in the States would come to assist us in our ministry. For them, this was a "mission trip," but for us, it was real life. We wanted to treat them as peers - a bit of fellowship, some mutual encouragement, and then go out and engage people in gospel conversations. But for the most part, the well-meaning participants on these trips were missiologically illiterate. They were incapable of participating in international mission in any meaningful way.

One Monday morning, we sent a group of American Christian college students to hang out at the local university to learn all they could about the spiritual climate on campus. We prayed together, divided the group into pairs, and sent them on their way. Of the six teams, two had trouble navigating the metro system and never found the campus. Two teams played frisbee on the soccer field, not speaking to a single student the entire time. One team quickly put together a "survey" and approached random students to ask them spiritual questions. Because what little response they received was quite negative, this team was discouraged. None of the teams came back with any meaningful spiritual insight about national college students.

These groups were good at doing what they were told. On previous trips, they had all painted fences, handed out blankets, and played games with children. For the duration of their ten-day stay, group members were perfectly happy to sleep on the floor, walk great distances, and feel generally out of place in this "foreign" environment. But when it came to the reasons for doing these things, the whys of mission, most of them had no idea beyond some vague concept of "reaching people" and a performance-based sense of duty.

So when we asked these volunteers to go out and incarnate the gospel, they were at a loss as to what, exactly, that might mean and how, practically, to do that. They had no understanding of urban living, social tribes or persons of peace. They had no experience gathering pertinent geographical, social, or spiritual information that might assist in church planting efforts. They were unfamiliar with the unchanging gospel, and fearful of culture. Worst of all, few had any sense of why they were participating in such a trip in the first place. Without basic missionary tradecraft, a Christian is incapable of moving beyond volunteerism into partnership in mission.

Whether a trip to an orphanage or to a coffee shop in Europe, mission teams must be properly prepared and educated on living missionally. Short-term trips are valuable, but only when done well. Tourism disguised as mission trips are not only a waste of time and money, but do more harm than good for the kingdom of God.

So, sign up and go on mission. Just do it well.

You may find that you begin living missionally daily upon your return. That's the point, right?

Love God and love people, just don't give yourself a point for living missionally simply because you changed your Facebook profile picture to a smiling orphan in an under-developed country.