davidtarkington.com
Home Archives Subscribe
The Pope vs. The Donald
"Binding Satan" and Other False Teachings

Ban the Bait & Switch in Church!

Years ago one of our church members (John Green) founded a young men's mentoring group on a local school campus. It was originally designed to help students who needed some guidance and male role models. The groups started small and eventually grew to over fifty gathering on campus prior to the beginning of the school day. The group was unapologetically faith-based, which is politically correct way to say "religiously focused." In the case of this group, the desire to present godly examples of men living out their faith became the focus.

Over the years, leadership has shifted. I joined the leadership team a number of years ago. It is a weekly responsibility I have had for all these years and we are seeing God work mightily through the young men (and the older men mentoring them as well.)

The founder of the group is no longer working in the school system, but now oversees the educational aspects of a local group home for boys and girls. He is still very much involved in the promotion and focus of this group and since he is still a leader, active member, and minister at our church, he too promotes the solid theological focus needed to lead these boys not just into strong adulthood, but biblical manhood.

The on-campus ministry is called Real Manhood. The word "Real" is an acrostic that reveals the definition of biblical manhood being taught to the boys.

These are aspects of manhood that all men should seek to attain.

We have expanded the ministry in recent years to newer schools with a plan to be at even more in the fall. Of course, to have a ministry group meeting on a public school campus causes some to wonder. "Is this legal?" is a common question. Absolutely it is, especially since the group has a faculty sponsor and meets prior to school. Student leadership in the group is clear and reservations of facility mean that we are abiding by all laws as well as the "Student Bill of Rights." Our group is not unlike FCA or Cru or even non-religious groups meeting on school campuses. 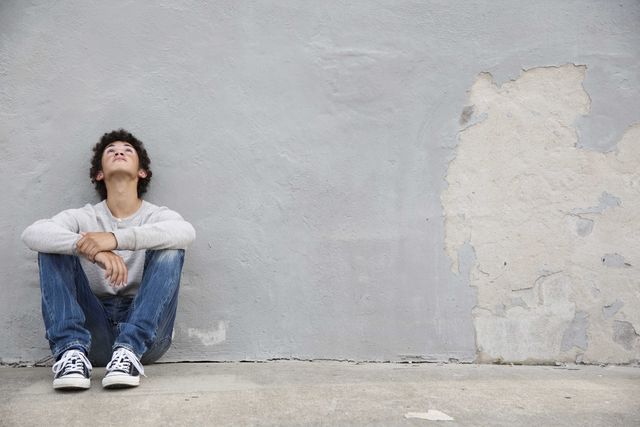 The unique thing about our group for young boys is that it is targeted to just one segment of the student population. A girl's version is being developed. With gender confusion and identity a front-page story nowadays, the need for what we are teaching our boys is needed now more than ever, in our estimation.

All boys, regardless of religious background or belief (or non-belief) are invited. Many who attend now do not regularly attend any local church. Some attend ours. Others attend elsewhere.

When talking with John about the viability of maintaining the group as leadership has changed, we have been adamant that no "bait and switch" occur when inviting boys to attend.

The Bait and Switch

For decades, businesses have been accused of using a "bait and switch" to gain customers. Simply put, this is an advertising technique that pretends to offer one thing, but once the customer arrives, seeks to sell another thing. It has been called a shady marketing strategy and customers, by and large, hate the practice.

Businesses who consistently utilize the technique tend to gain a poor rating from customers. In other words, you don't want to be known as a "bait and switch" company.

When Churches Bait and Switch

Though we denigrate businesses for using such unwholesome techniques, the church has been guilty of doing the same thing. Even with good intentions, the practicality of saying "Come to our event and win an iPad...but really, we just want to preach to you," comes across as more P.T. Barnum than C.H. Spurgeon.

Saying "Come to our event and win an iPad...but really, we just want to preach to you," comes across as more P.T. Barnum than C.H. Spurgeon.

When John and I were discussing the future of Real Manhood, we agreed that in no way should a "bait and switch" to be used to gain attendees. Parents who allow their children to attend MUST know that this group is an extension of our church's student ministry. That means we are up front with saying "Hey, Real Manhood is a ministry. It's a Christian ministry. It's a Baptist ministry. We teach the Bible to these young men and believe that God will reveal Himself to them through these stories. Real manhood, based on the definition we use, is unattainable apart from Jesus Christ."

Real manhood is unattainable apart from a relationship with Jesus Christ.

Even non-believing parents understand where we stand.

Why is this important? Because to devalue the gospel by trying to package it as something other than it is, is wrong. Why would a ministry choose to be deceptive when sharing Christ? Why would a church do so? There's one in the Bible that is identified as deceptive and we, as Christians, should never wish to be associated with him.

I often wonder if we would have twice as many participants if we just promoted the gathering as a "mentoring group for boys with good life lessons." Perhaps. But, then we'd be lying. To be honest, if I had a son in school attending a group gathering that promoted itself as one way and sold a different bill of goods once the group was gathered, I'd be irate.

Perhaps all churches should consider then when seeking to engage the community and the culture? I'm not really opposed to gatherings that offer fun events, give aways (we even gave an iPad away a few years ago at a student ministry event), and special guests, but be sure to promote who you are and whose you are clearly, especially in our culture of cynics and charlatans. The Gospel deserves better.

Posted by David Tarkington on February 27, 2016 at 11:44 AM in Hot Topics for Churches, Men's Ministry, Student Ministry | Permalink | 0 comments