"Binding Satan" and Other False Teachings

And the scribes who came down from Jerusalem were saying, "He is possessed by Beelzebul," and"by the prince of demons he casts out the demons." And he called them to him and said to them in parables, "How can Satan cast out Satan? If a kingdom is divided against itself, that kingdom cannot stand. And if a house is divided against itself, that house will not be able to stand. And if Satan has risen up against himself and is divided, he cannot stand, but is coming to an end. But no one can enter a strong man's house and plunder his goods, unless he first binds the strong man. Then indeed he may plunder his house. Mark 3:22-27 (ESV)

While studying about false doctrines and teachings that have infiltrated the church, I ran across a statement I have heard said by Christians over the years regarding "binding Satan." In most cases, the phrase is used as a declaration or as part of a sermon. For instance, "We need to bind Satan in this city!" or some such phrase. 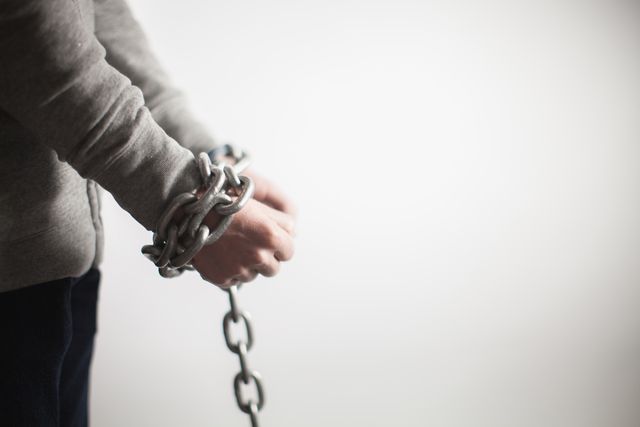 It sounds Christian and even alludes to the passage in Mark 3.

The only problem is that the Bible says nothing about Christians binding Satan.

When Dr. John MacArthur was asked "What does 'binding Satan' mean?" he responded, "I don't know. It's not in the Bible."

Some Christians, usually in the Charismatic or Pentecostal movements, apply Jesus’ parable to the spiritual warfare that believers must wage. They teach that Christians are the ones who must “bind the strong man” in their lives or in their cities and then win the victory in Jesus’ name. Some Charismatic preachers even name the “strong men” and attempt to identify the cities or geographical areas over which they hold power. Such doctrines go far beyond what Jesus said. The Lord’s parable was simply to impress upon the scribes that He was not in league with Satan. Never does Jesus instruct us to “bind the strong man” or tell us how to do it. We do not have warrant to interpret the parable as a spiritual reality over geographical regions.

Spiritually sounding phrases laced with just enough "amens, brothers, hallelujahs" and other such church terms often become accepted as gospel by Christians and church attenders who have settled into allowing others to read the Bible for them and have refused to "study to show themselves approved."

I am reading passages in Acts 20, 2 Corinthians 11 and 2 Timothy 2. There is a common thread running throughout these books. The thread is that of warning to the church. Warnings regarding false teachings, false doctrines and false teachers. The enemy has sought to twist the gospel and the words of God since the very beginning. Now, with two-thousand years of church life, we have a cumulative gathering of false teachings to swim through.

The wise Christian recognizes this reality. The pastor understands the heft of his responsibility.

Perhaps more dangerous than the overt abandonment of biblical doctrine is the increase in religious talk that sounds biblical, uses biblical terms, but twists the meanings of Scripture to present another story.

These warnings in Scripture are for the church, for those already immersed in the body of believers. The battle rages, but the weapons are unique in this venue. Doctrine does matter. So, stop "binding Satan" and handle the word of truth well.

Do your best to present yourself to God as one approved, a worker who has no need to be ashamed, rightly handling the word of truth. 2 Timothy 2:15 (ESV)

Posted by David Tarkington on February 28, 2016 at 06:12 AM in Current Affairs, Hot Topics for Churches, Religion | Permalink | 0 comments