davidtarkington.com
Home Archives Subscribe
When the Church Goes Noseblind
The Pope vs. The Donald

We all seem to want the latest version of everything.

Whether it's the new iPhone, new car, latest version of Madden or maybe the latest fashion...we like "new." Even better than "New" is "New and Improved." Ever see that plastered on a product in the grocery store that you've used for decades? Makes you wonder what was wrong with the version you used to use? Just because the word "New" is attached to something does not mean it's better. Remember "New Coke"?

Nevertheless, I'm as guilty as the next person when it comes to liking the shiny, new version of stuff.

Sometimes improved is a true claim, not just a marketing strategy.

When it comes to church and missions engagement, there are always newer options available. With the advent of internet, mission engagement globally can take place through an uplink to Skype or FaceTime. Emails and newsletters are sent digitally and immediately received. Even trips to far away, exotic mission fields are little more than a drive to an airport and a half-day flight away. 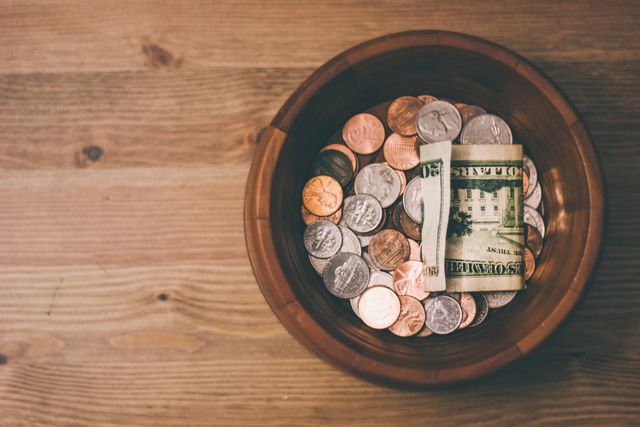 We truly do have some "new and improved" options when it comes to missions.

Of course, when we speak of missions engagement as evangelicals, and especially as Baptists, we know that funding is needed. Prayers, provision, and people are the three elements churches offer to missionaries in the field. Prayers are paramount. That is first in the list for a reason. Can we have new and improved prayers? I believe so. When prayer life becomes stale, we need to be like the disciples who came to Jesus and asked to be taught to pray. I go back to that passage regularly for insight into prayer and use the template offered in the Model Prayer to keep me focused.

Provision is a nice, alliterative way to say money. It takes money to send people onto the mission field. It requires money to build facilities, provide food, water, resources and other elements needed on the mission field. Those who look down their noses at requests for funds when it comes to mission engagement miss the practicality of sending. Don't spiritualize it and say that no missionary should seek funds. That's not spiritualization. That's just stinginess disguised as religion. Generosity is godly and when funds and resources are provided with a generous heart, the kingdom increases and all play a role.

Sending people could be in the form of support teams or short-term mission teams or the sending of long-term, career missionaries. All are vital.

Over the years, collective giving to CP has gone down.

Perhaps it's the name. To be honest, Cooperative Program sounds old. You know why? It is. Yet, old doesn't mean non-functioning. In fact, for decades CP giving has enabled the SBC to engage a lost culture more effectively than we ever could have done alone. As Baptists, we celebrate our autonomy. Yet, even in our autonomy, we affirm the value of cooperation.

While SBC agencies face difficult issues regarding funding and ministry engagement for the next generation, we (my church - firstFAMILY Church of Orange Park, FL) have continued to give through CP. In fact, we increased our collective giving to 11 percent of total receipts. Now, I readily admit there is no calling for local churches to "tithe" to denominational entities. Yet, there is a mandate to live generously. Living with the end in mind and with wide-angle glasses so we can attempt to see the larger picture, we understand the value of giving.

In 2015, we gave over $264,000 through our Florida Baptist Convention to the Cooperative Program. I'm not bragging. In fact, I'm pretty amazed at that amount and there is a part of me that says "Do you know what we could've done with that amount of money to our property? With our staff? For church programs?" and then I shake my head and come back to reality. We have been able to do so much more through giving than we ever could have through keeping.

Now, in Florida, we have a "new and improved" version of CP giving. For the first time in SBC life, a state is sending more out of the state than is kept. We now give 51 percent of all CP giving out of our home state. This is what some may call "radical."

New and Improved? Well, not so new, but improved.

We're honored to be a part of a larger story.

Watch this video to see how Florida is engaging the world for the Kingdom through CP gifts: