Why We Plant Churches & New Campuses

Back in 2011 I attended the Southern Baptist Convention Annual Meeting in Phoenix with one of my good friends. It was during this conference we began to pray about the journey of planting churches. The North American Mission Board was unveiling the "Send City" strategy and the impact of reaching people in strategic areas around the US and Canada. Our church had already partnered with a church planter—Chase Delperdang of Tucson, Arizona. The partnership was our first foray into this updated strategy of community engagement.

Over the years, we have partnered with planters in cities such as Portland, Colorado Springs, and Los Angeles. We fund as a sending church a family in Toronto and and another in Washington, DC.

Even as we have continued these relationships and seek to discover ways to support more fully, God continues to call us and challenge us to engage in our own community even more.

We are an active support and assessing church for our local network and have recently created our own mini-network for the purpose of reaching more people in our community and surrounding towns. We know this is what we must do and yet, some, even within our church wonder why. 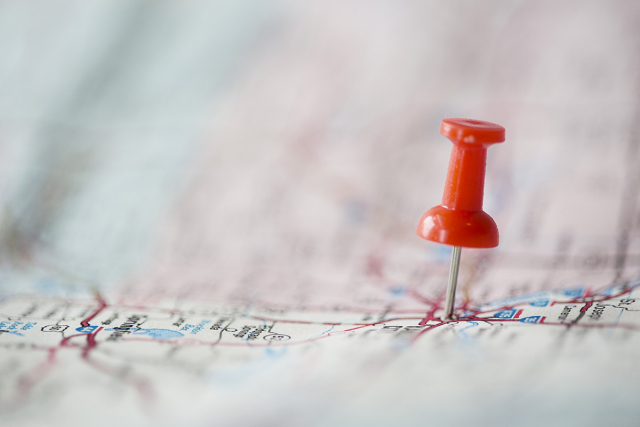 Why Invest in Church Planting?

Some argue that planting churches is nothing more than a trendy movement. I have even heard some declare it to be unbiblical. Even when pointed to the unfolding of the church's expansion in the book of Acts, there are some who protest and do not see these as synonymous. Yet, I deem a church planting movement as not a new idea, but an outgrowth of cultural engagement and affirming, if not fulfilling, the words of Acts 1:8.

Granted, the term "church planting" is not in the Bible. However, disciple-making is and while some scoff that church planting is little more than institutional promotion, the reality is that healthy church plants (i.e. new expressions of local church bodies, grounded upon the Gospel of Jesus Christ) lead to the fulfillment of the Great Commission and Great Commandment. God is honored and loved. People are loved. Disciples are made.

That being said, the varied church plants we sponsor are led by men called by God to make disciples of Jesus Christ. This is about Kingdom-growth, plain and simple. When church planting fails in this area, it fails fully.

A few years ago, Ed Stetzer, then of LifeWay Research and himself a church planter wrote an article focused on why established churches should plant new works. Here is an abbreviated list of his reasons (full article may be found here.)

In addition to planting and supporting new church plants, we are expanding into other regions of our community with satellite campuses. Churches have done this for years and we hosted a couple of campuses in years past. We did much well, but also learned from some 20/20 hindsight as to how to map and strategize better. There are numerous options when it comes to satellite campuses. Our model is to plant these in community schools, focused on reaching families, while serving the community. Each campus will have an on-campus minister and messages will be live, not video presentations. At this time, our new campuses will meet on off-days and times from the traditional Sunday morning. Go to creek.church and island.church to see a brief preview of where we will launch.

Why Put a Campus Where There Are So Many Other Churches?

One question that continues to be raised by friends about these campuses focuses on location and "why?" In each case, there are numerous other churches (of varying flavors) around. Yet, there are some demographic realities that have become clear as we have studied the areas. The truth is that the majority of those in the communities, even with numerous other churches around, do not attend any church of any type.

Some would say, "But if they wanted to attend, there are enough options. Why plant another?"

The simple answer is because we believe God is calling us to do so.

I was talking ton one friend about the Fleming Island area where we hope to plant Island Church next spring. There are numerous churches in this highly populated area. In addition to a young, large Baptist Church there are Catholic, Methodist, Anglican and even a new, fast-growing ARC church. Each is unique and yet, many are not engaged. The lostness in the community is overwhelming, as is the case in most every area in our nation.

In Fleming Island, at the corner of the two major roads are six pharmacies. It seems odd, but at Walmart, Winn-Dixie, Target, Publix, CVS, and Walgreens, residents can get their prescriptions filled as well as purchase other desired and needed items. Six pharmacies! Isn't that too many? Wouldn't one be enough? Well, apparently no. Each one seems to be doing well and apparently there are many, many people in our community purchasing legal drugs. The rumors are that the illegal ones are pretty rampant as well, but because it's a nice community they seem to be mostly designer drugs...but, I digress (too many cop friends, I guess.)

So, we are planting a new campus, in Fleming Island and near Orange Park South. While these two areas are close, the demographics are vastly different. The barriers (bridges, waterways, divided highways, subdivisions, etc.) clearly create separate communities where the church is needed.

We Plant for the Sake of God's Kingdom

Tim Keller put it well in his article "Why Plant Churches"...

WE PLANT CHURCHES AS AN EXERCISE IN KINGDOM-MINDEDNESS.

All in all, church planting helps an existing church best when the new congregation is voluntarily birthed by an older “mother” congregation. Often the excitement and new leaders and new ministries and additional members and income wash back into the mother church in various ways and strengthen and renew it. Although there is some pain in seeing good friends and valued leaders go away to form a new church, the mother church usually soon experiences a surge of high self-esteem and an influx of new, enthusiastic leaders and members.

However, a new church in the community usually confronts churches with a major issue—the issue of “kingdom-mindedness.” New churches, as we have seen, draw most of their new members (up to 80%) from the ranks of the unchurched, but they will always attract some people out of existing churches. That is inevitable. At this point, the existing churches, in a sense, have a question posed to them: “Are we going to rejoice in the 80 percent—the new people the kingdom has gained through this new church—or are we going to bemoan the situation and resent the three families we lost to it?” Our attitude to new church development is a test of whether our mindset is geared to our own institutional turf or to the overall health and prosperity of the kingdom of God in the city.

Any church that is more upset by its own small losses than grateful for the kingdom’s large gains is betraying its narrow interests. Even so, as we have seen, the benefits that new church planting offers to older congregations is very great, even if not initially obvious.

As we move forward in our planting and campus launching, we seek to do what every church says they want to do, but few succeed. We seek to reach lost, unchurched people for Christ. While most churches affirm this, many of our traditionally "successful" church starts (and I'm talking about in my denomination and community) reach fewer lost people and more saved, disenfranchised church members from other congregations.

Just to be clear - moving Christians from "Church A" to "New Church B" is not Kingdom-growth. It may eventually lead to such, but unless Church A is celebrating the renewed heart of these transferred members and these people are fully engaged in big picture engagement (i.e. they're not just marketing their new brand of church, but are actually living their faith and sharing Christ) this is a facade of church growth.

I feel for the pastors and campus ministers who end up with a room full of former members of Church A. What do you do? Tell them to leave? Maybe, but that becomes a distraction as well.

J.D. Payne threw this option out on the Verge website...

What would happen if we recognized that a wise use of our Father’s resources (e.g., money, people) should be to assist in planting churches from out of the harvest fields, instead of establishing a new work in a community to provide a different style of worship/ministry for the believers who are already there?

We do not need another flavor of church in the Baskin Robbins of North American Christianity; we need missionary bands to settle for nothing less than disciple-making that results in new churches.

What would happen if we equipped and commissioned church planters with the task of only going to the lost in the people group/community?

Yes, we say we are advocating these things, but let’s begin to question our results.

Try this.  The next time you hear about a new church planted, a record number of new churches birthed in an area, or church planting goals reached, just ask the question, “What percent of the members of those churches recently came into the Kingdom of God?”

So, we echo the stated intention of every church planter and established church pastor I know when we say "We want to reach lost people!" Pray that we do and that we avoid the easy trap of using an old model that creates a perceived successful church, but no disciples. Pray that we live out our faith in ways that the lost are loved, even if they never come to Christ. Pray that we don't lose focus.

More to come as we continue on this journey. Please pray that much would be made of Jesus and that God alone would be glorified.