davidtarkington.com
Home Archives Subscribe
A Moment That Changed Everything - My Message at @GameDayChurch on 9/11
Do You Remember When Religious Freedom Was a Right?

Is God a White Racist?

I heard on the radio as I drove to work this morning that the racial unrest in our nation, most recently in Charlotte and Tulsa, hearkens back to 1968. Many of my contemporaries do not remember that year, but those who lived through the era affirm that great fear and division was the news of the night as Walter Cronkite would remind us "that's the way it is."

Much is being said, written, preached, and tweeted about the state of race relations now. This goes much deeper than protesting the national anthem, though that has become a daily news story as Americans are seemingly creating "Patriotic Scorecards" to keep track of those who stand at attention, those who kneel, and those who hold their fists aloft.

Yet, with much being said...the truth is more must be said, but more truth cemented in the Gospel. Beyond saying the right things, the gap toward belief and and action must be covered.

For a lily-white American pastor (that would be me) attempting to write or speak from the perspective of an African-American man comes across as disingenuous. It is not that I cannot speak on the truth of Scripture or the history (both good and bad) of the church. Affirming the veracity and inerrancy of God's Word allows me to speak confidently on the issues, but sometimes having the capacity to speak truth does not equate to being heard. 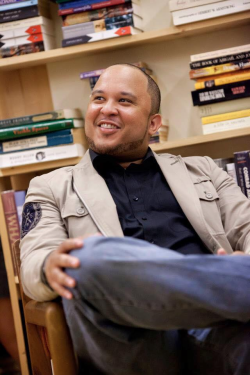 Therefore, I thought I would share the following from my friend, fellow pastor, and church planter Cameron Triggs. Cameron previously served with Pastor H.B. Charles at Shiloh Church in Jacksonville, Florida. He is currently serving in The Summit Network in North Carolina as he prepares to plant a new church in Orlando next year. Cameron is a gifted communicator and strong apologist for the Gospel. He recently published a short book titled Is God a White Racist: An Apologetic Dialogue. This short dialogue featuring two men, Walter and Charles, who are childhood friends and fraternity brothers. After college, they parted ways with Walter becoming the African-American Studies Director at a community college in Chicago and Charles becoming a pastor in Marietta, Georgia.

The story is fictional, but the conversation is authentic and echoes what has been and is continuing to be a point of division and discussion within the African-American community.

I highly recommend my readers to take the time to read this little e-book. You will likely finish it in about fifteen minutes.

Here are some things I gained from the read:

Here's a portion of Cameron's story. Remember, Walter is a self-proclaimed agnostic and Charles is a pastor...

Walter: This all started about six years ago, Chuck. This is not an overnight metamorphosis. I really reasoned about this. I tried to reconcile how could a loving and powerful God be so unfair to people of color, and how could I, being a black man, follow a religion that enslaved us? A colleague of mine in the Philosophy Department really challenged my thinking. When he found out I was a “Christian”, he blatantly asked how. How could I follow a religion that supported slavery with exegesis from the “good book” itself? How could Jonathan Edwards, the so-called “Greatest American Theologian”, take on difficult philosophical issues, such as total depravity and irresistible grace, but never condemn slavery? Cotton Mather even argued that white people should teach their slaves that God has called them to be servants, and that they serve Jesus Christ while serving their masters. So, cotton-picking slaves served Christ while being beaten, hanged, raped, and whipped by white masters, right? These so-called “Christians” owned slaves as well. George Whitefield enslaved brothers too! Doesn’t that bother you, Chuck? Be real with me, man! It is that attitude of the church that projected books like, “The Negro as a Beast” by Charles Carrol! So, here we have a religion that is in direct opposition to our heritage and dignity.

Charles: Sigh…yea, Walt. I agree. Christians sin, sometimes grievously, against their own law. But what you just proposed is an ad hominem argument that is rather weak. Sure, the character of some Christians is corrupt, but Christianity as a whole can’t be thrown out with the bath water.

Click here or the image below to read the entire book. 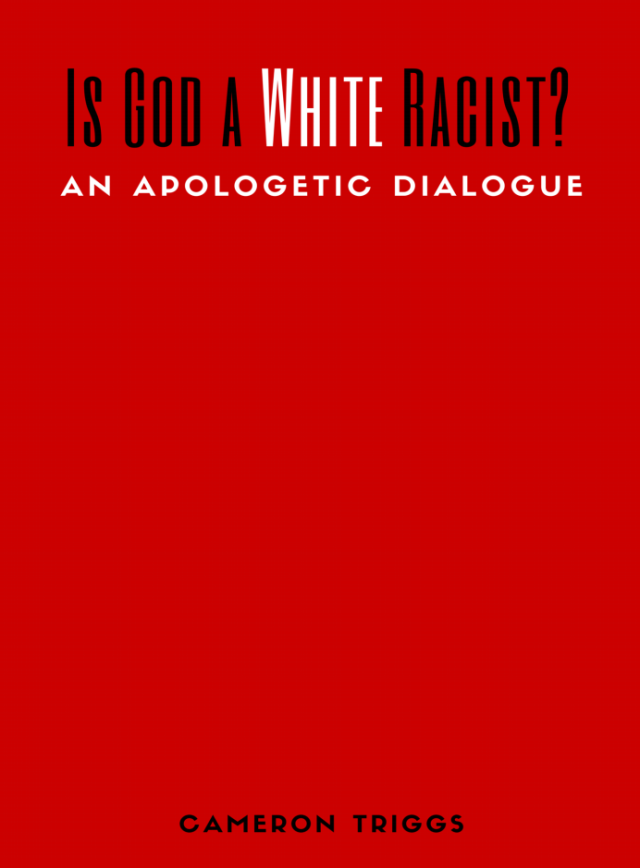 Special thanks to Cameron Triggs for producing such a timely and well-written dialogue.

Posted by David Tarkington on September 22, 2016 at 09:36 AM in Hot Topics for Churches, Politics, Religion | Permalink | 0 comments