Why Forgiving Oneself is Unbiblical

I have written about this before (here) but the propagation of therapeutic forgiveness among Christians continues to muddy the waters when it comes to to understanding biblical forgiveness.

Never in Scripture is there indication that "forgiving oneself" is expected, much less possible. 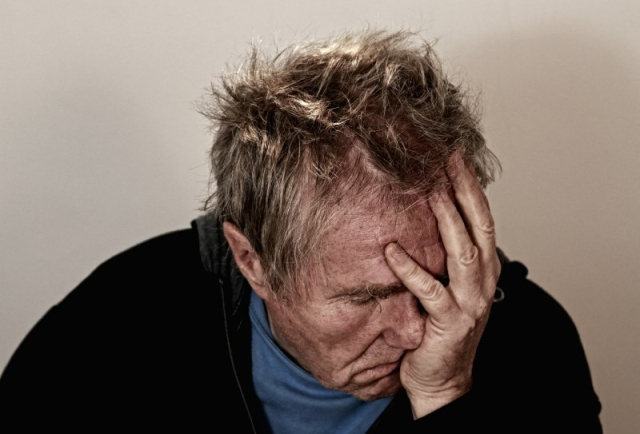 Forgiveness requires two people (or God and a person.) In a culture that continues to focus on self, the inevitable centering on self-esteem, self-worth, self-health and ultimately self-worship arises.

Now, if you were to Google "Bible Forgive Self" you would find a variety of sites, blogs, and postings about the subject. While the focus on "Bible" seeks to eliminate the unbiblical aspects of the search, the truth is that many Christians still propagate a self-forgiveness strategy as healthy and right.

To help clarify, I share some thoughts from others who hold to the veracity of Scripture:

Never does the Bible talk about the idea of “forgiving yourself.” We are told to forgive others when they trespass against us and seek forgiveness. When we ask for God’s forgiveness based upon Christ having already paid for our sins and our having trusted in Him as Savior and Lord, He forgives us. - gotQuestions.org

I have never preached that anybody should forgive themselves. At least, I don’t remember ever saying it. And I have never used it as a way of dealing with my own self-hatred or condemnation or whatever that it is supposed to deal with. I don’t think it is in the Bible, and the reason I don’t think it is in the Bible is that I think it would be intrinsically confusing about the nature of forgiveness if it were. Maybe the reason the Bible doesn’t think in these categories of self-forgiveness is that, to have forgiveness, you need a person who has been wronged and a person who did the wrong. - John Piper

While is a good thing to want to move beyond your mistakes and the consequences they have reaped, there are fundamental problems with even raising this question. As I stress  throughout Unpacking Forgiveness, forgiveness is something that must occur between two parties. In light of that truth, it makes no more sense to talk about forgiving yourself than it does to talk about shaking your own hand. - Chris Brauns

Forgiveness isn’t something you can give yourself. It is something [God] has purchased for you. - Nancy Leigh DeMoss

The person who says, “I just can’t forgive myself,” may simply be expressing an inability or unwillingness to grasp and receive God’s forgiveness. This seems to be the most common explanation behind “self-forgiveness” talk. We say that we can’t forgive ourselves because we really doubt that God has forgiven us. Or we don’t see our need for forgiveness from God, so we take over the job ourselves. Unsure of a solution to our real or perceived failure, we posit a need for self-forgiveness to satisfy our lingering guilt or to supplement God’s insufficient forgiveness. - Robert D. Jones

To seek forgiveness from yourself would be to ask yourself to forgive you for what you've done against yourself.  But this doesn't make any sense.  We are not the ones who make moral laws that we can break.  Rather, God does that, so forgiving yourself just doesn’t make sense. - Matt Slick

And yet, there are many who would say "But that's just semantics, right?" No. It's not. It's more of a shift to understanding what is biblical and what is not and pushing against the cultural centering of self. BTW - this is nothing new. It's been going on since the Garden of Eden.

Forgiveness requires two people - the sinner and the sinned against.

You Might Need To Upgrade Your Church's Digital Presence If...

Yesterday I had the opportunity to emcee a panel discussion for the Jacksonville Baptist Association focused on best utilizing technology in the church. To begin the session I shared a list compiled by some of the panel members and attendees in the same vein as Jeff Foxworthy's "You Might Be a Redneck If..." jokes.

So, here are just some indicators for pastors and church leaders who may need to upgrade their digital footprint. 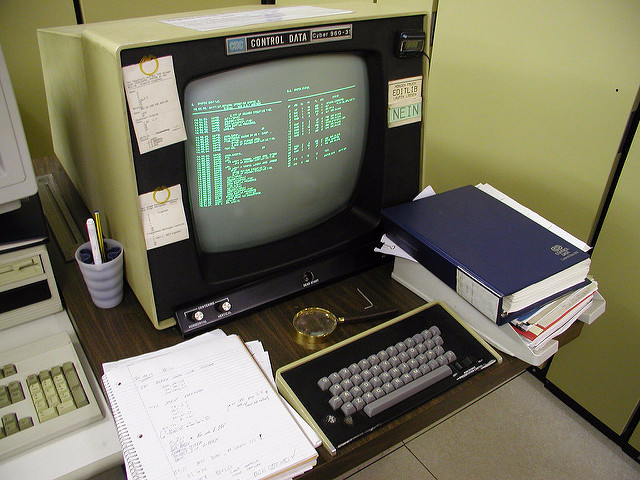 You Might Need A Technology Upgrade In Your Church If...

Oh, there are more, I'm sure. Feel free to leave some additional ones in the comments below.

Could False Humility Simply Be Pride?

Most of us know that humility is a virtue to be sought. Scripture has numerous verses that speak of the humble heart and humility.

But what about false humility?

What about low self-esteem? 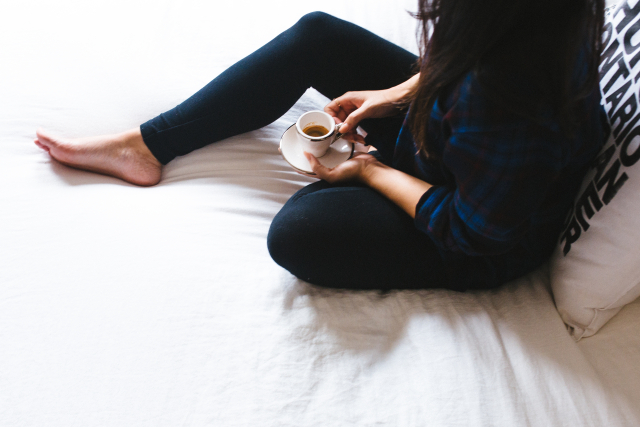 We all know people who cannot take a compliment, right? You tell them "Hey you look really nice today" and their immediate response is "Oh, no I don't." Kind of leaves you wanting to never offer a compliment to them again.

I've been reading Chris Brauns excellent book Unpacking Forgiveness. The focus of the book is forgiveness (duh?) but one section speaks of the dangers of pride and how often we all succumb to this sin, even when we don't realize it. The following is taken from page 81.

Be humble. Pretty simple, right? True, it is an easy point to understand conceptually. But it is a different one to live out. People laughed in the 1970s when Mac Davis sang, "Oh Lord, it's hard to be humble when you're perfect in every way. I can't wait to look in the mirror 'cause I get better looking each day." The song was so blatantly arrogant that it was funny. But the reality is, true humility can be very elusive. Granted, most do not sing with Mac Davis that they get better looking each day. More commonly, people complain about their looks. And while it may sound more humble than bragging about their looks, complaining about them is every bit as self-centered.

Therein lies an important point. Pride is  not limited to arrogance or cockiness; it is not just an inflated opinion of oneself. Pride is any way of putting self into the central focus. This distinction is critical because if we understand it, we can identify more subtle, more insidious kinds of pride. In addition to arrogance or conceit, pride might express itself in any of the following ways:

Some will read this section and immediately go on the defensive, but read carefully and think about what is here. The convictional thoughts that came to my mind centered around the revelation of pride in my own life as it was disguised as something less sinister.

Perhaps if you're overly negative and continually frustrated about how everyone else behaves, or even how you look when you walk by the mirror, consider the reality that the sin of pride may be disguising itself as humility, self-deprecation, or even personal rights.

The Global Mission of the NFL and the Church

GameDay Church began in 2015 as an effort of our church’s network of campuses to engage and connect with fans of the Jacksonville Jaguars prior to home games. Live music, free BBQ and bottled water, and a brief, encouraging Gospel-centered message are the elements of a GameDay Church gathering. In Jacksonville, we meet under a tent in the parking area west of EverBank Field, near the Baseball Grounds and Old St Andrews Church (a city-owned building that houses the Jacksonville Historical Society.) GameDay Church is part of firstFAMILY and our main campus is First Baptist Church of Orange Park.

One of the unique things about the Jacksonville Jaguars is the annual “home game” at Wembley Stadium in London, England. The NFL has a strong, intentional global mission effort underway. The NFL desires to sell American football to the world. Following efforts of the World League and NFL Europe, it appears the NFL has succeeded in creating a fan-base.

This year, the Jaguars’ home game was set for 2:30pm (London time) on Sunday, October 2. However, the NFL was very present in London the entire weekend. On Saturday, October 1, the NFL took over Regent Street in London. This annual NFL-themed fan festival featured live music, appearances by players and coaches, and even the commissioner. Though it was misty and cool, the street was filled with fans wearing hats, shirts, and jerseys from just about every NFL team. We (Dr. Josh Dryer of the Jacksonville Baptist Association and I) attended the festival and had the opportunity to speak with our local media about GameDay Church.

At first, the concept of taking GameDay Church to London seemed impossible, but the more we discussed it, the option became a realistic goal. Through pastoral and mission connections in the UK developed over the years, we reached out to a network of Baptist pastors in the nation, wondering if any would be interested in partnering for GameDay.

Andrew Jackson, Pastor of Harrow Baptist Church in London responded and dialog began. Pastor Jackson readily admitted that he knew very little about American football, but was intrigued with the idea of GameDay Church and would be interested in working together.

Wembley Stadium is just a fifteen-minute tube ride from Harrow. The setup at Wembley is much different that at EverBank. The most glaring difference is the lack of parking for automobiles. Most fans take the tube. Without being able to secure a spot near the stadium for an outdoor service, we opted to join the congregation of Harrow Baptist this year for worship. The partnership is new, so the membership of Harrow needed to not only meet us, but to understand the vision and goal of our gatherings.

I shared with the congregation the vision of GameDay and attempted to explain American football. While the football references did not always translate well, the sports illustrations did. A brief message from Galatians 1 focusing on the grace of God was shared. Pastor Jackson then brought the day’s sermon. 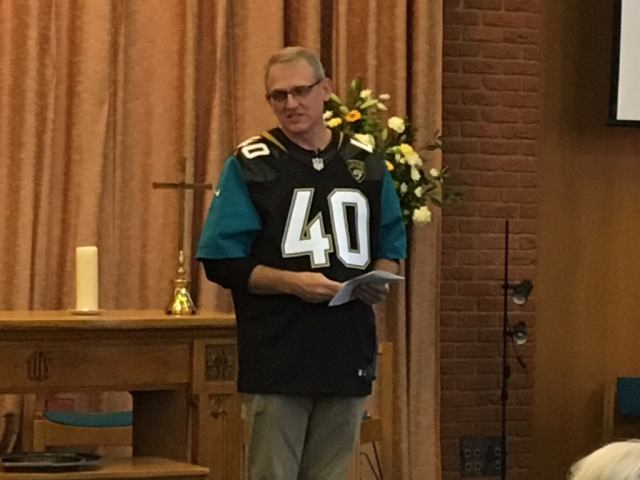 A group from our church also attended services at Harrow that morning. They had traveled with our partner Exploring Europe with David McGuffin and toured the city and surrounding areas. David is a member of our church and leads groups to Europe throughout the year.

Following services, we traveled to Wembley and joined 83,000 others for the football game. By the end of the game, Pastor Jackson stated that he had been won over as a fan, but also added “Your Jaguars create stress.” Amen to that.

The NFL has a global mission. The church has a deeper mission. The intent of GameDay Church is to engage an unreached people group with the life-changing message of the Gospel. That people group gathers weekly in stadiums around our nation (and at times in other nations) to cheer on football teams. While we will never abandon gathering at our main campus for services, GameDay is our intentional outlet to take the Gospel to the crowd.

Winning over people to American football is not the goal of GameDay Church, but winning fans of football over to Christ is. Our vision is to have a GameDay Church gathering at every NFL stadium weekly. Our international goal is to increase our partnerships with churches in London for the sake of engaging fans. Ultimately, we would love to see fans become followers. That’s the power of the Gospel.