davidtarkington.com
Home Archives Subscribe
Recycling the Gospel
Maybe You're Not Called to Ministry?

When a Celebrity Dies

This year has been...different, it seems. While there truly is nothing new under the sun (Ecc 1:9) this year has been chock-full of strange, somewhat surprising, and shocking news stories.

The advent and immediacy of social media pushes news (real news and fake news) to the forefront quickly. No longer do world events take place without the world knowing in real time, it seems.

There have likely been no more deaths this past year of celebrities and famous people than in the past, but with the aging Gen X population plus the advent of social media, it seems that more have passed. Just this past week, George Michael and Carrie Fisher died. These shocking announcements affect many, but especially those who grew up in the 1970s and 1980s when these young entertainers burst onto the public stage. 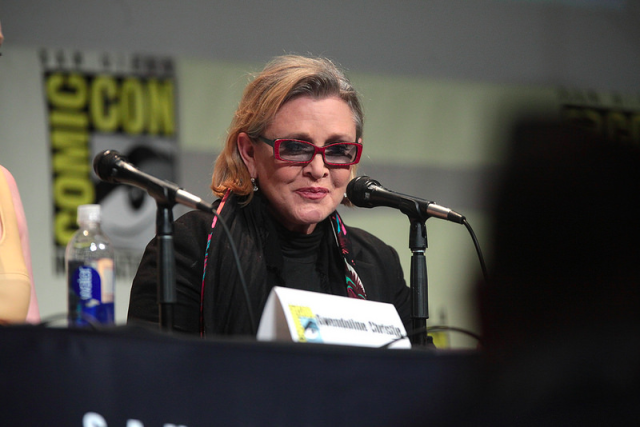 Many of those who died played characters in movies or television that became "friends" of young fans throughout the years. Musicians, artists, political figures, and sports figures died as well. The list is long. The impact of these individuals upon pop culture has been immense, and in some cases will remain.

Simply put, God reminds us through this word that there are times it is actually better to attend a funeral rather than a party. Why? Because death is our destiny. It is part of life. The wise will realize this and live with the end in mind.

There is comfort in grief for Christians knowing that this life on earth is not the end. That's why funerals for Christians can actually be celebratory.

Funerals for non-Christians...well, those are more difficult due to the life-long rejection of Christ finding finality.

I Never Knew You

The strange reality is that many who mourn today do so for people they never knew. In some cases, the mourning seems to be less for the death of the individual, and more for the loss of a character or role played by that individual in the past.

A couple of years ago, Kenneth Morefield wrote a poignant article for Christianity Today titled "Not Another Celebrity Death Post." The article was written following the death of actor Robin Williams. In his article, he describes mourning in the social media world and what we must remember.

First—and most importantly—it’s not about you. Avoid the temptation to turn someone else’s death or grief into a teaching moment. However noble the lesson—and there have been some good, important, and true ones in the wake of Robin Williams’s passing—using someone’s recent death to highlight it risks coming across as opportunistic and exploitative. I’m tempted to say that the reason it risks coming across that way is because it is those things.

Second, remind yourself that the first few tastes of grief can be overpowering. We should try to be charitable in our judgments towards those whose method of dealing with it involves being more expressive than we might be. Yes, I suspect that in a year or two or five people who aren’t actually narcissists or attention whores may look back on things they wrote about Robin Williams (or Philip Seymour Hoffman) and be chagrined at how much they treated him, even in death, as a means to an end. But if they don’t, if they truly are opportunists, then our calling them out only brings them the attention they crave and encourages them to act out again the next time somebody passes.

Wise words.
So, should you grieve the loss of those you have never met? Certainly. The loss of any life is cause for grieving. Yet, I believe we should look back to Solomon's words of wisdom regarding death. Remember, death is the destiny of all and the living should take it to heart. As followers of Christ, this reminder is to not waste our days and to live with the end in mind. With that, we are challenged to tell others of this great reality which is the gospel. There is good news. Death does not have to be the end.