PASTORS: Watch Out for This Scam

Internet and Email scammers have been around for years now and unfortunately, many have lost money and some have been "catfished" through the process. It makes for interesting stories on news programs and talk shows. 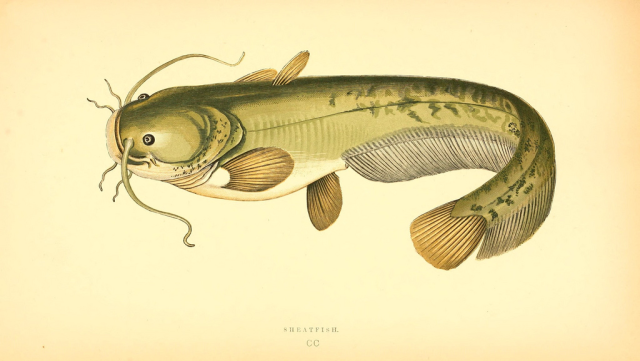 Last week, I received an email (actually the second time I have received such an email) that on the surface looks somewhat legit, but ultimately is a scam designed to play on the egos of pastors (yeah - I said it) and the opportunity to preach the Gospel in an international venue.

This email seemingly originated from the United Kingdom. Take a look below: 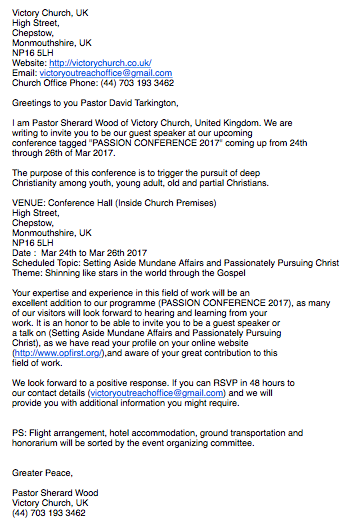 When I first read the email, I was suspicious. Primarily because I received a similar one a couple of years ago, but the names of the church and pastor were changed. However, I do have friends who serve as pastors and missionaries in the UK, so there was this slight chance that this was authentic. I even shared the info with one of my friends, but approximately five minutes after asking him if he knew the church, I discovered what I just knew to be true - THIS IS A SCAM!

Things that made me question the authenticity of the request:

I did a quick Google search of the story and found that many have been scammed. It seems that when pastors respond, another email is sent with PDF documents attached which must be completed to allow the church to pay honorariums. The documents are actually authentic, but the rest of the story reveals how the scammers work.

This is the same strategy that King from Nigeria uses to get you to send money as well as all the other "Send money" emails people get from other sources. It seems there is a fee due to process the forms and yes, that needs to be paid, so just wire the money to the church's bank account and all is good.

There's no conference in the UK paying thousands of dollars to American pastors who are mostly not known outside their region. It's flattering and it's a lie.

Be careful. Be smart.

Here are a couple of sites where others have broken down the scam just in case you may think your email is legit: