davidtarkington.com
Home Archives Subscribe
The Problem with Unconditional Forgiveness
The Danger of Living in an Echo Chamber

Worldviews And the Divide Over LGBT Rights

Local news for the past few days in Jacksonville, Florida has featured stories centered upon the Jacksonville City Council and the Human Rights Ordinance proposal before the city. This is not the first time the ordinance has been presented and while past pushes for its passage have failed, as an observer, it seems more likely to pass now.

What is the Human Rights Ordinance?

A new bill that would expand anti-discrimination protections to the LGBT community for housing, employment, and public accommodations. (full story)

A full copy of the HRO (I believe it's the latest version) may be read here.

Ultimately the ordinance adds the wording "sexual orientation, gender identity or expression" throughout the proposal in addition to current wording designed to affirm and provide equality for all citizens within the city. This latest version offers exemptions for religious organizations and companies. This is why proponents believe it will pass now. 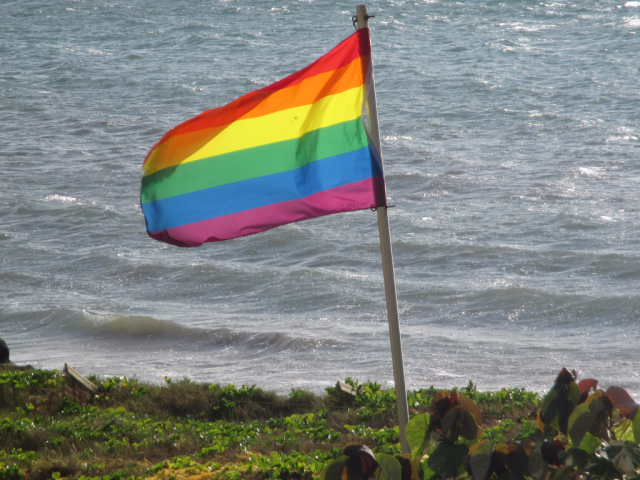 Photo credit: D. A. Lewis via Visual Hunt / CC BY

I am not for the ordinance. I have theological and philosophical reasons to not affirm this. However, I do not live in Duval County (Jacksonville) but what happens in Jacksonville impacts all surrounding counties and suburbs as well. I live in a neighboring community, but one of the campuses of our church actually is in Duval County. While my stance opposing the ordinance is not popular, I hold to it and...I'm not mad.

Now, it's not a sin to be angry. Righteous anger was demonstrated by Christ. Remember when he turned over chairs and made a whip? That's a crazy story, right? Yet, in his anger he did not sin. The problem with many of us is that our "righteous anger" is far from righteous. I'm not saying people have no right to be angry. I am saying that often Christians claim righteous anger and they have no love. Apart from love, anger is not righteous. Otherwise, we become clanging cymbals that may spout truth, but will never be heard.

Based on what I have seen in local politics and online, there are many clanging cymbals out there.

Oh, one other thing about this - just because I am not mad does not mean I am happy or in agreement.

Hundreds Lined Up to Speak

The local news reported that hundreds flooded the City Council chambers. The citizens attending were told that everyone who desired to speak for or against the HRO would have their chance. That led to overflow rooms and people lining up and the meetings extending to the next day. The discussions were heated and divisive.

On the surface, the story seems to simply be about groups pushing against or affirming LGBT citizens and the lifestyle of those identifying as such.

It is, but it is also much deeper.

It Is About Worldview

This is about worldview.

I was prompted to write this post based on a short clip that was featured on First Coast News Facebook page. The local news station has a talk show that airs during the day called "The Chat." I have never watched a full episode, primarily because I am not home when it airs, and to put it simply, I am not their target demographic. The clips I have seen scrolling on my Facebook timeline have been interesting and humorous at times. I have friends who have appeared on the show as guests. So, let me be clear, I'm not bashing the show and I am not angry at what was said. It is a talk show, modeled after some nationally syndicated ones that are similar. The ladies at the table are paid to converse about current affairs and things that the viewing audience finds interesting. They do this well. Yet as this clip played (and yes, since it was short I watched it) it was clear the side of the aisle that the hosts were sitting regarding the HRO, but more importantly, I heard clear worldview statements.

The clip that played on my timeline is below:

The two ladies speaking in this clip, Catalina Alers-Alers (from Orange Park - whoo hoo) and Maria Chrissovergis shared their beliefs and...it's their show and they should.

While I disagree with the hosts' points, I believe their comments shed insight.

Ms. Alers-Alers states "Leave religion out" when discussing the HRO. I get this. I have heard it before and many people I talk with would agree with her. She is likely referring to, as she alluded, the many who spoke in opposition to the ordinance. I have watched a few clips of the feed and there are many who did quote Scripture (which they definitely have the right to do, and I would affirm and agree.) I can also see why Ms. Alers-Alers would say "leave religion out."

The fact of the matter is that people who are religious (in this story that refers to those claiming to be Christian) in our communities would state - it is really impossible to leave religion out. That's a worldview perspective. Some would say "Oh I can separate my faith from every day life." Perhaps, but as I have experienced, my faith is more than just something I've added into my life. When I became a Christian, Christ became my life, so in truth, I cannot separate it or "leave it out." Now, I don't have to be a jerk about it, but that's another point.

When religion is viewed similarly to club membership, it would not be hard. I agree that many see church membership and religion as a spiritual version of the Kiwanis, Lions Club, lodge or Rotary. Not bashing those groups, just saying - church shouldn't be considered similar. (Oh and if your church is just another club...consider joining another.)

Ms. Chrissovergis began with a comment about her gay friends who are good citizens. I won't argue with that. I'm sure they are. My friends and family members who are LGBT are good citizens, too. They are my friends and family members, and I love them (and believe it's reciprocal) but we disagree on some obvious things. Not just on political and cultural issues, but biblical ones as well. Why? Because we have different worldviews.

Ms. Chrissovergis continues to "preach" as she stated. She leaves with "I'm not here to judge and we're to love our neighbor." I would warn that it is easy to judge, even if you claim you're not. In this case, there may be some judgment of those in the City Council room who opposed the HRO. Just saying. It's a slippery slope. Yet, I believe Ms. Chrissovergis was seeking to emphasize the "love your neighbor" theme.

Well, AMEN to the "Love our neighbor" statement. I affirm that. Not because I choose to interpret Scripture that way, but because a biblical worldview centers on taking Scripture as inerrant and absolutely true and Jesus affirmed the Greatest Commandment when he declared in Mark 12...

The command begins with loving God. I'm not hearing the ladies on "The Chat" disagree with that. I'm just clarifying. Loving God fully is the starting point. Apart from that, there is no capacity to truly love neighbor. And, here's a truth often ignored -

You can love someone truly, but not affirm everything about them or their choices.

Most parents get this.

The divide in our community and culture remains. It will likely grow wider.

While I am opposed to the HRO and believe God's design for man and woman does not affirm an LGBT lifestyle, it does not mean I am a hater, though some would disagree. Yet this is my worldview.

His acceptance is conditional, as is forgiveness. That's biblical as well.

Each Christian holds a worldview and as the culture shifts, to hold tightly to a conservative, inerrant, biblical one will be a challenge.