davidtarkington.com
Home Archives Subscribe
The Danger of Living in an Echo Chamber
It Truly Is a "Tale as Old as Time" and That's the Problem

Putting a Stop to the Youth Exodus in the Church

For the past few years, church leaders and evangelicals have been lamenting the loss of younger people in the church. While some new church starts and mega-box churches have seen growth in seeming success in reaching the younger generation, the statistics show a loss overall. Much has been written about this and most hearkens back to Pew Research Center's 2015 report. While that report is two years old, it is likely no significant changes have occurred.

Generational labels differ based on what study is cited or book read, but by and large, the Millennials (born between 1981 and 2000) and Generation Z/Boomlets (born after 2000 ) are trending away from the church. There's not as much data regarding Generation Z, but the older portion of the generation are in high school and graduating this year.

This generation has been described this way (from MarketingTeacher.com):

Religious “nones” – a shorthand we use to refer to people who self-identify as atheists or agnostics, as well as those who say their religion is “nothing in particular” – now make up roughly 23% of the U.S. adult population. This is a stark increase from 2007, the last time a similar Pew Research study was conducted, when 16% of Americans were “nones.” (During this same time period, Christians have fallen from 78% to 71%.)

Overall, religiously unaffiliated people are more concentrated among young adults than other age groups – 35% of Millennials (those born 1981-1996) are “nones.” In addition, the unaffiliated as a whole are getting even younger. The median age of unaffiliated adults is now 36, down from 38 in 2007 and significantly younger than the overall median age of U.S. adults in 2014.

Yet numbers can be confusing and sometimes do not tell the full story. In a 2016 article, Pew reveals the factors leading the growth of "nones" in the US:

What Can the Church Do?

Normally, at least it has been my experience, when data like this surfaces, churches and denominations react, rather than respond. In many cases, the exodus of young people comes as a surprise, all too late. Parents who had faithfully attended church, signed their children up for every program and event from AWANA to DiscipleNow, youth camp, mission trips, etc. wonder where they went wrong when the now adult child seemingly walks away from church with no intent of coming back. 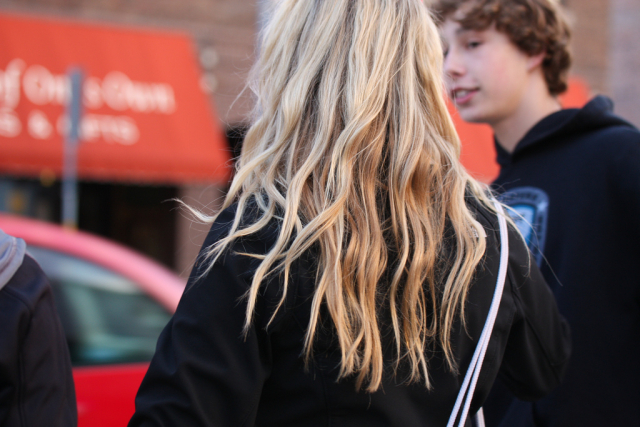 In the past, churches would say (well, not out loud, but it was a predominant thought) "Just wait until they get married and have kids. Then, they'll come back to church." Maybe that was true a generation ago, but it doesn't seem to be now. The fact is that young parents who just attended church and were entertained as teenagers seem to find more community in social networking sites, school activities, athletic endeavors for kids, and other areas and church is not avoided...it just never come across their minds.

Yet, all hope is not lost.

Reaction is not the answer, but godly response is.

What we are facing is not new. Have you ever read the Old Testament? When you read Moses' commands to the next generation in Deuteronomy 6 regarding the passing on of truth to the next generations, there is a since of fear in his words. The fear is that unless the family teaches of God, models worship in the home, and remembers the covenant past with God, the kids and grandkids will not only forget, but walk away. The journey away from God is not without consequence.

What faithful parent or grandparent of a prodigal hasn't shared similar lamentation in prayer?

Since trends tend to raise awareness, let's look at observable trends of those who have not abandoned the faith.

Jon Nielson, Pastor of College Church in Wheaton, Illinois, recently shared an article highlighting some of the trends he has personally observed of faithful Millennials and young adults (full article here).

Walker Moore of Awe Star Ministries developed a model of student ministry years ago where students led. The gifting of "significant tasks" to students for the health of the ministry allows God to work in and through young people at levels where the "come into the youth room and wait for the adults to feed you" model never will.

So, what can we do? We can remember. God has not abandoned young adults and teenagers. And, God is not through with the older generations, either. It's not like all the Boomers and Gen Xers are believers, right?

I'm not pessimistic when I read the statistics. I'm actually happy that the scales are now falling off our eyes. Sure, many are walking away, but it's not too late. We (the church) are now being forced back to Scripture and the model is clear. Disciple-making is our commission. It begins in the home, not the church building. Family equipping discipleship is more than a model. It's a biblical command (Deut 6).

I believe God is recalibrating our focus. While we may be as fearful as Moses, the hope we have in Christ remains. So, don't lose heart.

Posted by David Tarkington on February 21, 2017 at 11:08 AM in Hot Topics for Churches, Leadership, Parenting, Student Ministry | Permalink | 0 comments