davidtarkington.com
Home Archives Subscribe
It's Not Just the Prosperity Gospel That's the Problem - The Dangers of the Therapeutic Gospel
God Hates Divorce...But, What About Divorce in Same-Sex Marriages?

GUEST POST: "Hard to be a Christian in the 'Church World'" by Ashley O'Brien

Ashley O'Brien has been active in church her entire life, raised in a pastor's family and now serving on the Leadership Team of firstFAMILY (FBC Orange Park) as Director of Social Media

I genuinely get excited when someone surrenders their life to Christ. When a person listens to God and steps out to serve and be a part of something bigger makes me glad. It's inspiring and exciting when a man and wife plant a church intent on reaching the unreached. It's so exciting when Christians act like Christians! I love when people get excited about the Gospel and have to do something about it. However, sometimes it seems the steps taken seem to be focused wrongly. That's is what has led to my frustration. 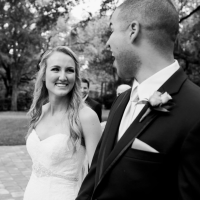 Ashley and her husband Jordan

I, just like other Christians, want to reach people for Christ. I want everyone to be involved in church -  a solid, biblically-focused church. I want people to know what they are getting into when they accept Christ. I believe they should feel at home when they enter the church's facility. Like many, I want to create a place that is attractive and inviting and what some would call “trendy.” Yet, I don’t want to sacrifice the Gospel for that. Jesus himself is attractional to a degree. Just look at the crowds that gathered to see him during his time of ministry around Galilee.  Of course, not everyone in the crowd were truly followers. In fact, most were not followers of Jesus, just fans. Jesus' words were offensive. The religious leaders didn't like what he said. Eventually, those who were just there for the show walked away. Apparently, they were offended as well, or perhaps when they truly listened to what Jesus was saying (i.e. "Carry your cross") they decided it was too much.

Too many churches are founded on how to make church look “cool.” The flashy lights, the cool logo, the unusual name that hides the fact the group is truly a church all are part of the marketing strategy to reach Millennials. The great graphics and promos, the promise of free food and maybe a coffee mug, or whatever gets people to take a second look, to ask a question, to check it out are used by just about every new church, church plant, and legacy church seeking to engage the culture. In many cases, these things work. The room is filled. People come. Even Millennials show up. That’s the target audience is seems for most new churches now. And though it is exciting to reach this generation (my generation), the "stuff" that's offered can sometimes be nothing but "fluff." That’s the frustrating part. We fill the “church facility" (whether it's an established church building, a rented school cafeteria, a theater, warehouse, or even restaurant) but are we seeing transformations? Are we seeing people surrender their lives to Christ? Or are we filling up a room for an awesome production for people who look like they are worshipping (and in truth, many truly are) and appear to understand what God is saying through the pastor's message. But, let's be honest. sometimes the appearance or worship and engagement are based on what we think we're supposed to look like. You know, "This picture of me standing and worshipping will look great on Instagram or Snapchat!" Sorry, if that sounds cynical, but I have grown up in the era of big worship production events and while I love the music and the gatherings, it is just way too easy to fall into the trap of performance (even when you're not on stage) rather than truly worship.

It’s hard being a Christian in the world for obvious reasons. This is not earth-shattering. It's always been hard to be a Christian in the world. Why? Because the world never celebrates Christ. Believe me, as difficult as it is to be a follower of Christ in a post-Christian culture, I know what we face here in the west truly does not even compare to what our brothers and sisters in Christ face throughout the world, especially where persecution means death and not just being made fun of on social media.

Yet, I’m finding it becoming more difficult to be a Christian in the "church world." This was something I never expected. My frustration is growing in the area of church life that seems so close, but yet so far from what living missionally truly is.

I want to invite people to church, but I won’t apologize for when they hear the Gospel preached. If anything other than the biblical message is preached, then calling the gathering a church is debatable.

If a church spends all their capital seeking to not look or sound like God's church, then at some level either the Gospel is not being preached or the group has pulled off little more than a "bait and switch." It's one thing for the pastor to be versed in apologetics (contending for the Gospel and defending the faith,) but something totally different if the pastor is apologizing for the Gospel, seeking not to offend. 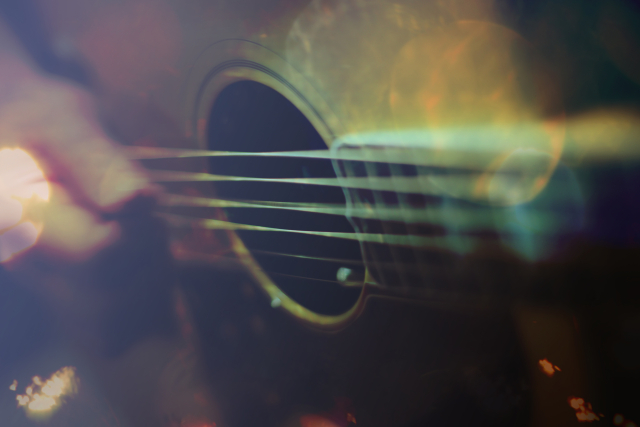 I would feel dissatisfied if all they heard was a therapeutic message. These types of messages are prominent and the crowd can listen without being able to discern if the message was from from the Bible or just a self-help book. The Gospel is offensive. It is truth. And, we all know that at times, the truth hurts. We don’t need to create churches that ignore truth. We don’t need another pastor building his kingdom and ultimately mar the Christian name. We don’t need a church that stands alone, either overtly or covertly building their crowds from those already attending solid (and maybe multi-generational) churches in the area. We need something else ... and I have no idea what that is, other than the truth and the Gospel.

New church plants are exciting. I believe they're needed. The numbers bear this out. My generation is growing less and less connected with the church. Yet, superficial fluffy entertainment-driven gatherings are not really the answer, are they?

So, from my perspective, our current churches, new campuses, and new church plants must have these:

So, your gathering may have really cool stage lights and a smoke machine (those aren't bad...our church has them), a worship leader and band that does well, and maybe some really good coffee (free trade coffee, of course) and a bagel or even a free coffee mug or T-shirt for first time guests.  In fact, there's nothing wrong with any of those things. Do it. I like coffee mugs and free T-shirts.

Churches don't exist for us. They're for God. They're his to begin with.

Be attractional. No issue there, just don't focus so much on the things that don't matter in eternity and miss the Gospel.

Church planting is an exciting and scary adventure for most. I pray those pastors and launch team members hold tight to the truth and the reason behind it all. Reaching lost people for Christ.

Posted by David Tarkington on March 16, 2017 at 09:07 AM in Current Affairs, Hot Topics for Churches, Missional | Permalink | 0 comments