The Questions Pastors Must Ask

It seems that as pastors and ministry leaders we continually find a full calendar of events and "opportunities" for those in our church. All this is good, because the ultimate goal is to reach more people for Christ and to make disciples.

Yet, is it possible that our programming may be doing more harm than good?

Questions that must be asked regularly are:

Easier said than done, but it must be done. Otherwise, we will just keep greasing the gears of this machine called the local church and could miss the mission. 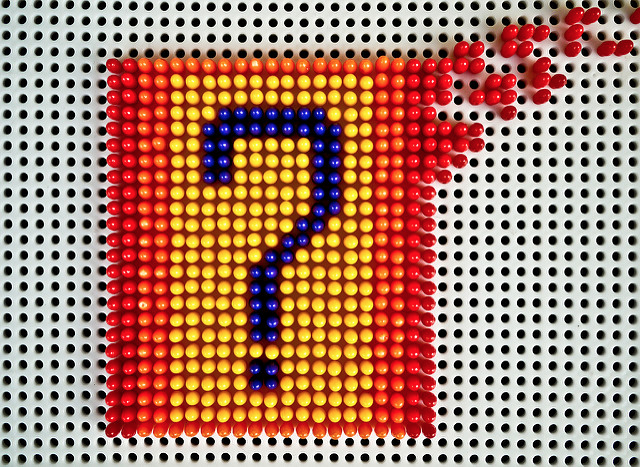 Seriously! Why Do We Need ANOTHER Church on Fleming Island?

By now, many in our community know we're launching a new campus of our church in the community known as Fleming Island (yeah, we know...it's not really an island.) When those in our launch team and others in the church share about this new campus to meet in Paterson Elementary School, the most common question asked is "Why do we need another church on Fleming Island?"

When I open Google Maps and type "church" in the search box, the following appear on the map (and to be honest, that's not all the churches that gather on "the island." 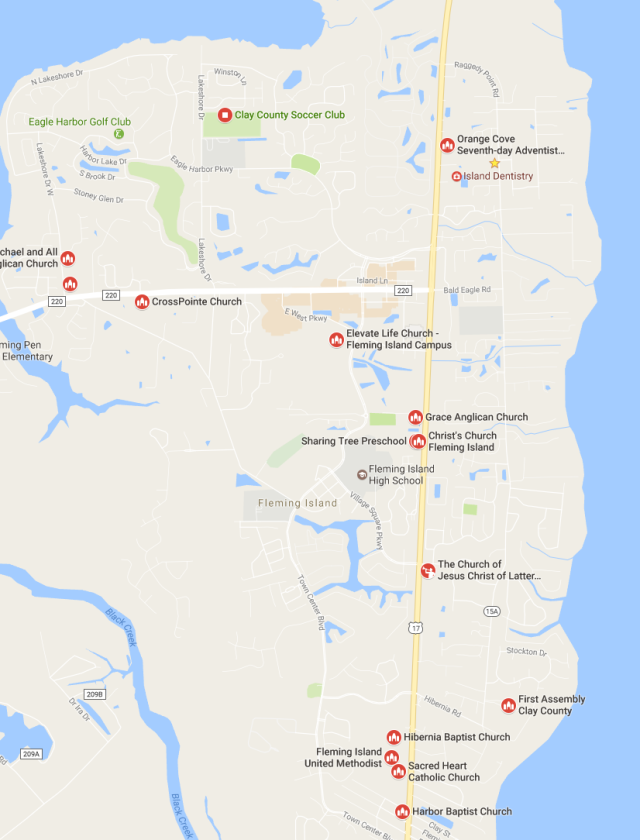 Granted, these churches express a wide variety of faith traditions. While all have the name "church" on their signs or websites, there are some pretty significant differences among doctrine held by those gathering. So, I'll just speak of those who are in our tribe (Southern Baptist) and in our denomination, there are already three SBC churches in this area. That leads to an even more pointed question, right?

Why do we need another Baptist church on Fleming Island?

Jon Wood, our Campus Minister, wrote of this on his blog not too long ago. Here's what Jon wrote (blog here):

We don't need another church on Fleming Island. But, we do need new disciples of Jesus Christ and the best way to make new disciples is through new work. Here are some stats that have been discovered over recent years in the US regarding church planting and community engagement:

While there are nuances to every statistical analysis, these have proven to be true, especially as we see the rise of the "Nones" in our culture. Hey, do you remember the "Bible Belt"? Yeah, that's fiction. The truth of the matter is that even with almost 20 churches of various flavors on Fleming Island, there are more people living in the community disconnected and unengaged from church and more importantly from Christ than there are those who attend and participate regularly.

We've talked with some of the pastors of sister churches in the area and all agree - no one is doing enough to reach these people.

So, opportunities present themselves. A venue is open. God provides funding and leadership. Through prayer and seeking His lead, we step into a story that some say we should've been in about twenty years ago. Yet, now is the time. It's time for a new campus on Fleming Island.

Every new church plant and pastor starts with the same concept. I've heard it dozens of times - "We want to reach the people other churches aren't."

It's not revolutionary. I mean, what pastor would actually say "We just want to reach the people who already attend other churches but are bored and need something 'cooler'?" No one says that. Well, some people actually strategize to do that, but no pastor would ever say that.

So, we are pushing against the easy way. Anyone can build a crowd. Most people have enough friends at other churches who will "help just to get it started" and develop a gathering. In some cases, it feels like success. Yet, if all we do is plant a new campus or church and simply borrow (or steal) members from other churches, we are doing a disservice to the Kingdom. That happens all too often.

What if this works? I mean, really works. What if God has positioned us to come alongside our sister churches and those unengaged nones actually get reached?

But it won't be easy.

How We Will Know If We've Done This Wrong

And, if we end up with a room full of people gathering weekly who have a church membership resume of local churches that reveals little more than systematic hopping to the latest version of church (you know, the church that "meets my needs" or "feeds me") then we will be guilty of launching a church campus that was not only NOT needed, but harmful for Kingdom growth.

That's not the goal (and seriously, why would it be?) But, apparently this happens often. So, we have to continually push against that model.