davidtarkington.com
Home Archives Subscribe
Steve Gaines to Nominate J.D. Greear for SBC President in 2018 - That's How I Heard It
Superheroes on Mars Hill - Engaging the Comic-Con Culture With the Gospel

How Can I Rest When So Many Are Lost?

A few years ago, in one of our network's church planter assessment meetings, my wife and I served as coaches and assessors as we have done for years. At times, we meet men who are wrestling with the call into pastoral ministry. Each story is unique and as these men with their wives go through an intense two days of assessment, stories unfold and we are amazed each time how God calls us to Himself, from diverse backgrounds for His good and glory.

In some cases, our pastors/planters are men who have served on church staff, but are answering the call to leave full-time (i.e. paid) ministry to plant a new work in our city or elsewhere. At other times, these are men who have served in other venues or denominations and are joining our pastoral internship and pipeline of assessment, encouragement, and peer learning. There are also some who are basically just "kicking the tires" to see if perhaps God is calling them to such a ministry role.

As I stated, each story is unique and we have the privilege of hearing testimonials from these men and their wives about how they ended up where they are.

As the weekend comes to a close, we have the task of affirming or redirecting the men as church planters, all while praying and seeking discernment and leadership from God in these areas.

One year, a pastor and his wife joined us for an assessment weekend. This pastor is a friend and is not originally from the United States. I won't use his name or exact story, but in general, this man pastored a church in a foreign land for years. He now lives in the US and through his connections in numerous cities, basically pastors up to 70 house churches, all centered around the native culture and language. 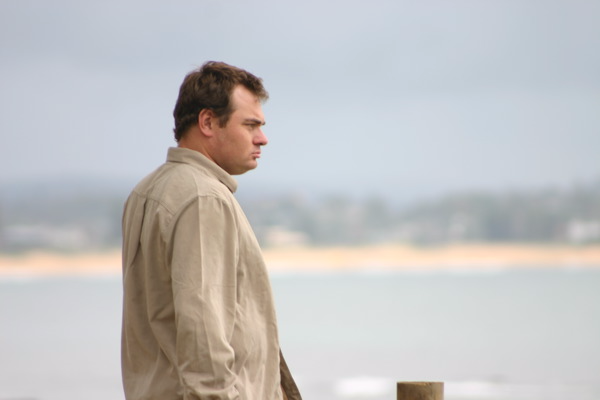 He and his wife have no children and they serve faithfully despite his physical ailments due to things that happened to him in his home country from those opposed to the Gospel.

He does speak English, as does his wife, but English is not their heart language. Therefore, the comfort level of communicating in English is not there. Nevertheless, as we assessed him I felt a bit foolish. Here is a man who has more experience than I do as a pastor. He has been through persecution - and I mean real persecution, not the typical American version of being made fun of. He has a "thorn in the flesh" that slows him down considerably, yet he doesn't complain (at least not in English.) He and his wife open their home up to visitor at all times of day and night as need may be. To open the home for a guest, in their cultural setting, means to provide a meal...every time. This happens almost daily.

He serves in our city at a ministry focused on connecting and reaching internationals. He travels as need be to help churches for his people group in other cities in the nation. He mentors others.

He is not perfect. He will tell you so. Nevertheless, I am always honored to spend time with him.

At this setting, I was listening to his stories and what God is doing in his life. Along with other pastors and friends, we were inspired, but had a warning for him as well.

We told him that he must rest.

He must take a Sabbath.

He is burning the candle at both ends and in the middle.

He acknowledged this, as did his wife.

Then, he said something. He slowly and softly asked this rhetorical question - "How can I rest when so many are lost?"

And I was overcome with the reality that this brother is burdened for the lostness of our world at a level I seek to find. He did not discount the need for Sabbath, but his rest is found not in a day of the week, but in Christ.

This pastor is the epitome of living sent. He is on mission. He is missional. He is faithful.

May we be burdened for the lostness of our world as well.