davidtarkington.com
Home Archives Subscribe
The Prevailing Religion of the Day
For Such a Time As This: The Alt-Right and Racial Unity at #SBC17

No, Senator Sanders - You Do Not Understand

While most of America was watching, or at least aware, of the Senate hearing last week featuring former FBI Director James Comey, there was another hearing taking place in Washington DC that flew under the radar for the most part. This other hearing potentially may impact more Americans long-term than anything coming from the Comey hearings.

The event was a confirmation hearing for an executive level position in the Office of Management and Budget. That alone is why this hearing did not garner news media attention. It was a simple hearing that in most years would not be newsworthy, but basically a formality. Yet, that is far from the case this time.

Russell Vought had been nominated by President Trump to serve in this position. Of those on the Senate panel interviewing Mr. Vought were Senator Bernie Sanders, I-Vt, who last year ran unsuccessfully for the Democratic Party nomination for President, and Senator Van Hollen Jr., D-Md.

Bernie Sanders burst onto the national scene last year, after decades of public service, as an alternative to Hillary Clinton. His brash, pro-socialist agenda resonated with many, especially young adults. College and university campuses welcomed Senator Sanders and young men and women who were looking forward to participating in their first presidential election "felt the Bern" and lined up behind him and his message. Nevertheless, Mrs. Clinton bested Sanders in the race and many young Democrats have since expressed their frustration that Sanders did not win. Thus is American politics. 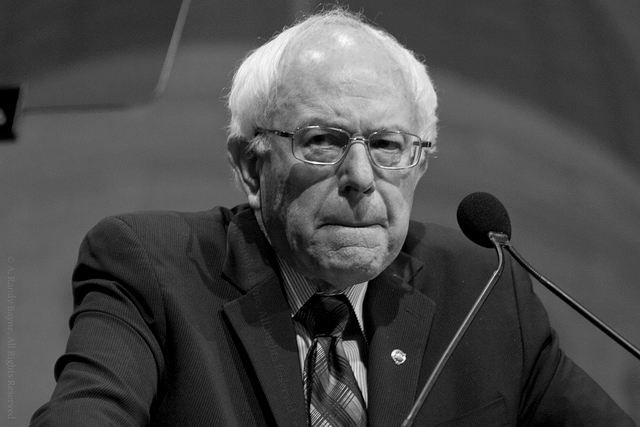 Sanders has been described as a Jewish agnostic based on his heritage and self-proclaimed status as "not particularly religious." Hollen's political stances have consistently fallen on the far left of the American political spectrum. He has often made public statements condemning anti-Semitism and has gone on record with statements affirming the religious freedom of people around the world. On September 15, 2011, he declared this on record:

Around the world, millions of people suffer persecution merely because they practice a different religion than other people around them. No one should be made to feel that the practice of their religion is a crime or a source of shame. Such persecution violates their inalienable human right to practice the religion of their own choosing and promotes political instability.

Despite the well stated affirmation for religious freedom, Senator Hollen along with Senator Sanders, have now gone on record to declare Christianity a religion to be condemned, freedom be damned.

Russell Vought, the nominee of the President, is an evangelical Christian who graduated from Wheaton College. Wheaton is a solid, evangelical college with a clear statement of faith and biblical worldview. Last year, the college came under scrutiny when they parted ways with a professor who made spurious claims that Muslims and Christians are both people of the book and then quoted Pope Francis by affirming that "we worship the same God.” These statements stand in contradiction to biblical truth and the statement of faith held by evangelical Christians and Wheaton College.

Mr. Vought, as an alum of Wheaton, defended his alma mater's statement of faith and wrote an article for the conservative website The Resurgent regarding this.

Vought clearly declares the authority of Scripture and salvation through Christ alone. This quote from Vought's article was the element brought to the table by Senator Sanders:

Muslims do not simply have a deficient theology. They do not know God because they have rejected Jesus Christ his Son, and they stand condemned.

It is doubtful that Senator Sanders regularly reads The Resurgent, but props to his staff who, in the current world of political divide, found this nugget to offer their boss.

Senator Sanders landed on this statement of condemnation and made claims that should cause every American, not just religious Americans, to take note:

"In my view, the statement made by Mr. Vought is indefensible, it is hateful, it is Islamophobic, and it is an insult to over a billion Muslims throughout the world. This country, since its inception, has struggled, sometimes with great pain, to overcome discrimination of all forms ... we must not go backwards."

It is true that as a nation, we have struggled to overcome discrimination. Yet, in the following comments, if you can peer between the political buzzwords and Twitter-worthy statements, you will discover a revealed discrimination that is growing.

Sanders asked Vought if he considered his statement about Jesus to be "Islamophobic." Vought began to respond with "I am a Christian..." but before he could go any further, he was interrupted by Sanders who asked if Jews were also condemned because they reject Jesus.

When Vought began to answer Senator Sanders, he said "I am a Christian..." but was once again interrupted by the Senator.

“I understand you’re a Christian. But this country is made of people, not just… I understand Christianity is a majority religion, but the people of other religions in this country and around the world believe in their judgement that people convicted of non-Christians?”

"I think it is irrefutable that these kinds of comments suggest to a whole lot of Americans that, number one ... you are condemning people of all faiths. I'm a Christian, but part of being a Christian in my view is recognizing that there are lots of ways that people can pursue their God ... It's your comments that suggest a violation of the public trust in what will be a very important position."

No, You Don't Understand

This is a battle of world views and it is nothing new. What is new, or seemingly new, is that most Americans have never truly acknowledged the deep divide between absolute truth as expressed in God's Word and the "truthiness" of the world.

At a minimum, the senators' comments, stances, and ultimately recommendations for non-approval of Vought have positioned them, by their own words, as creating a religious litmus test for those serving in public office. As Dr. Russell Moore of the ERLC made clear,

"While no one expects Senator Sanders to be a theologian, we should expect far more from an elected official who has taken an oath to support and defend the Constitution."

Of greater note for evangelical Christians is the fact that regardless who is in the Oval Office, who represents us in DC or local political offices, the world view divide will ultimately require a statement of belief.

Whoever believes in him is not condemned, but whoever does not believe is condemned already, because he has not believed in the name of the only Son of God. - John 3:18 (ESV)

Posted by David Tarkington on June 12, 2017 at 11:29 AM in Current Affairs, Hot Topics for Churches, Politics, Religion | Permalink | 0 comments